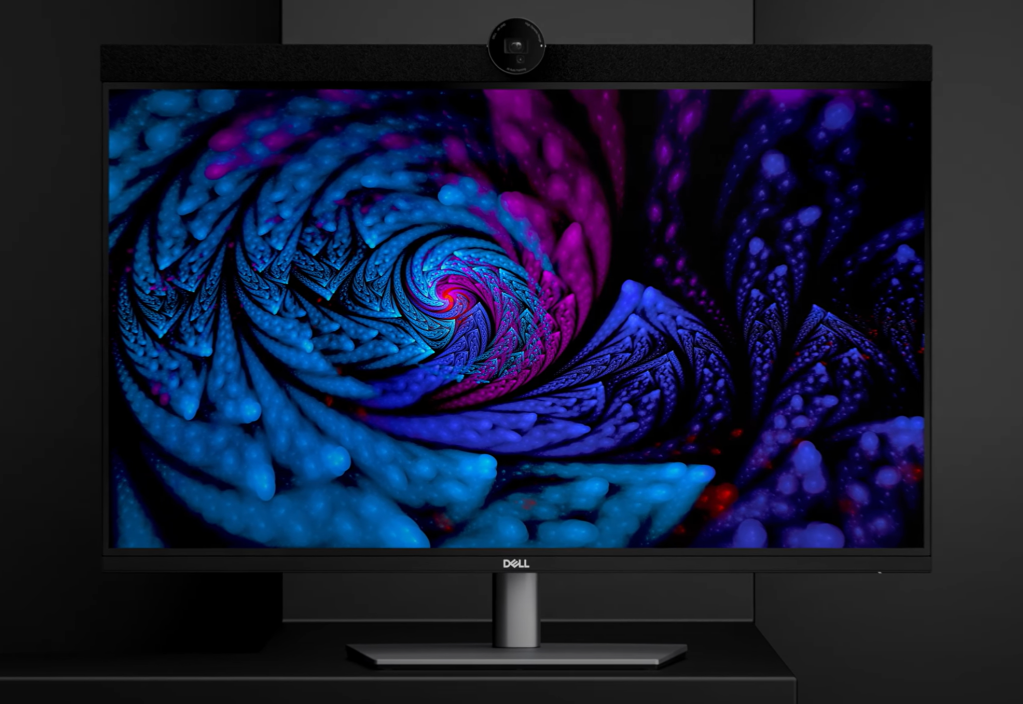 For years, PCs have enjoyed a tension between flexible modularity and bundled convenience: You can build a desktop PC from parts, or simply buy an all-in-one PC with everything combined. But that’s the PC. Dell’s new UltraSharp 32 4K feels like the next thing: the all-in-one display.

Here’s what we mean. Dell’s UltraSharp 32 4K display is, of course, a standard PC monitor: 3840×2160, IPS, HDR 400 certification, 400 nits of brightness, and 100 percent of the sRGB color gamut. (Dell told 9to5Mac, among others, that it would ship the display in March for an as-yet undisclosed price.)

But it’s the extras here that matter: an integrated 4K webcam that can automatically frame you in the display, plus a USB-C hub with DisplayPort 1.4, multiple USB-A ports, 10Gbps USB-C connections, and even an RJ45 port for Ethernet, plus audio.

Essentially, what we’re seeing here is the next-generation docking station for laptops. Unfortunately, it’s not quite clear whether or not the new UltraSharp connects to a laptop via a Thunderbolt cable, but it’s not that far-fetched to believe that this display could offer a Thunderbolt option, if it doesn’t already.

This all feels significant for a number of reasons. First, Thunderbolt docks are becoming increasingly more common as Thunderbolt ports are added to laptops, with Thunderbolt-equipped laptops now able to roam between various setups at home, work, or elsewhere. But Thunderbolt docks are heavy, and most require their own power brick as well. Toting them back and forth doesn’t make sense. What does make sense is to provide a single all-in-one display where a worker could plug in their laptop via Thunderbolt. An all-in-one “hot desk” with a display like the Dell UltraSharp could provide a display, high-speed I/O, and charging capabilities that a Thunderbolt dock would otherwise provide. And why wouldn’t a display maker suck in what features it can, and then charge more?

Does this mean that traditional displays are going away? Probably not, especially high-resolution, high-refresh gaming displays. Does this mean that standalone Thunderbolt docks will vanish? No, probably not either. Display makers will probably argue that they can provide a unified, all-in-one solution; really, how often do your I/O needs evolve and change? Dock makers will counter that they can supply a variety of ports, with all the options that display makers simply can’t provide. Where consumers land on this question—and whether they’ll prefer cheaper “traditional” displays versus the more expensive integrated models—will help decide which of these approaches win.

Thunderbolt docking stations do feel like part of the future of laptops. But the standalone docks can clutter your desk with a variety of cables snaking about, and storage devices taking up space. Whether these ports migrate to the monitor—and whether they’re hidden behind it, or accessible via the front— are just the opening remarks on what could be a surprisingly interesting debate.