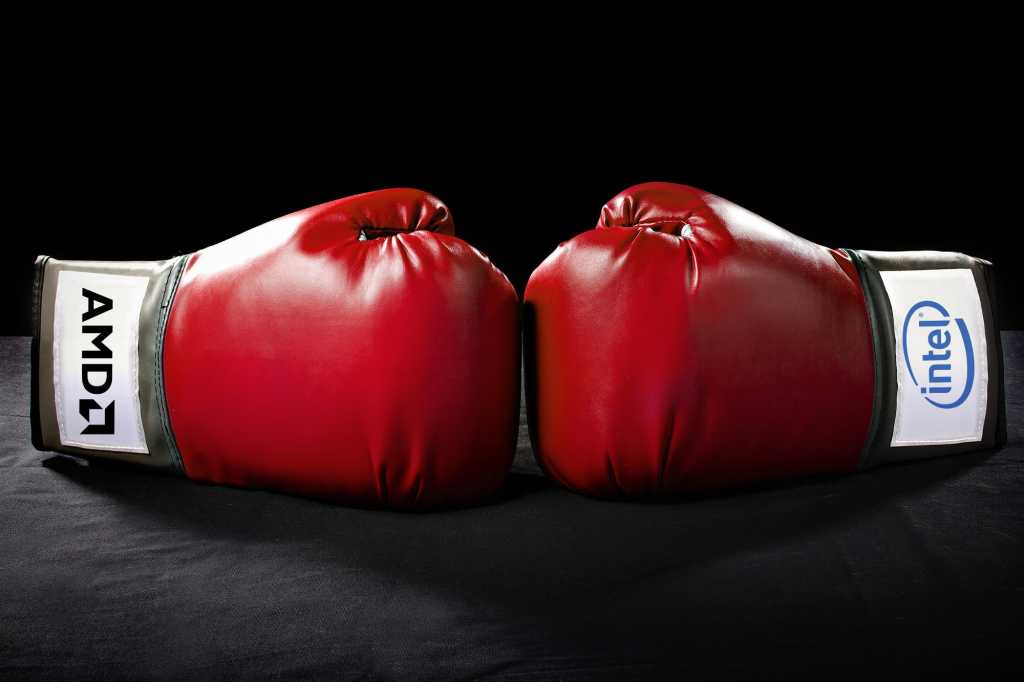 AMD and Intel flooded us with CPU announcements last week—and the reveals are big enough that buying a laptop launched in 2022 could net you serious performance gains compared to a notebook released last year. It’s a similar story for desktop computers.

Time and concrete benchmark results will tell the full tale, but if you’re planning to buy or upgrade your PC this year, here are the broad strokes of what we currently know to expect and what that means for you.

Before we dig in, keep one quick thing in mind—while the CPU you choose generally dictates a laptop’s real-world performance, the design of specific laptop models can influence the final results.

This caveat is important, because competition is fierce between AMD and Intel right now. That means you’ll see similar features and specs between the two companies when these chips launch in Q1 2022, so paying attention to the nuances (and reviews of individual laptops) is that much more important.

What’s the same? A razer-sharp focus on speed and performance increases. In a nutshell, you should have your choice of fast, feature-packed processors from both companies no matter your situation, with significant overlap in fundamentals.

For example, you can expect support for the following features from AMD Ryzen 6000 and Intel 12th-gen Alder Lake mobile processors alike:

These features mean better battery life and a faster laptop overall. DDR5, the latest generation of memory, offers lower power consumption and blistering speeds. USB 4.0 and Thunderbolt 4 ports can provide two times the top speed of USB 3.2 ports, with max transfer rates of 40Gbps. (The port will still look the same though, since it uses USB-C as the physical connector.) Wi-Fi 6E support means you can join networks that divide up traffic over more spectrums and better avoid lag caused by congestion. As for PCIe 4.0, that’s not new technology, but it finally being adapted across both AMD and Intel means transfer rates twice as fast as PCIe 3.0—the zippiest PCIe 4.0 drives are capable of up to 7,500MB per second (versus 3,500MB per second).

How the companies distinguish their different levels of processors is similar, too. When you’re poring over future laptop launches, you’ll notice a three-pronged approach:

You’ll spot H-class CPUs in the beefiest laptops, which provide enough firepower for gamers and creators to let loose. On the opposite end of the spectrum, U-class parts cater to those wanting a lightweight machine for office or school work. In between is a set of processors that occupy a middle ground for performance. For Ryzen, they’re the newer 6000U parts, while for Intel, a specific set of P-class processors.

Some of these new processors sport clock speeds that break into 5.0GHz territory. Clock speed doesn’t truly tell the story of real-world performance, but it still serves as a clue as to which CPUs are close competitors—and when a CPU underperforms relative to its specs. (But again, we won’t know anything tangible about performance until later, when we can test the chips in actual laptops.)

But no matter the CPU’s clock speed, each company is promising sizable gains in performance compared to its previous generation. AMD claims up to 30 percent faster processing across its entire Ryzen 6000 lineup, with even higher figures for specific tasks on the Ryzen 7 6800U (which featured prominently in its announcements). For its part, Intel spotlighted the big leap made by its flagship Core i9-12900HK over the current 11th-generation Core i9-11980HK, saying it’s up to 40 percent faster. 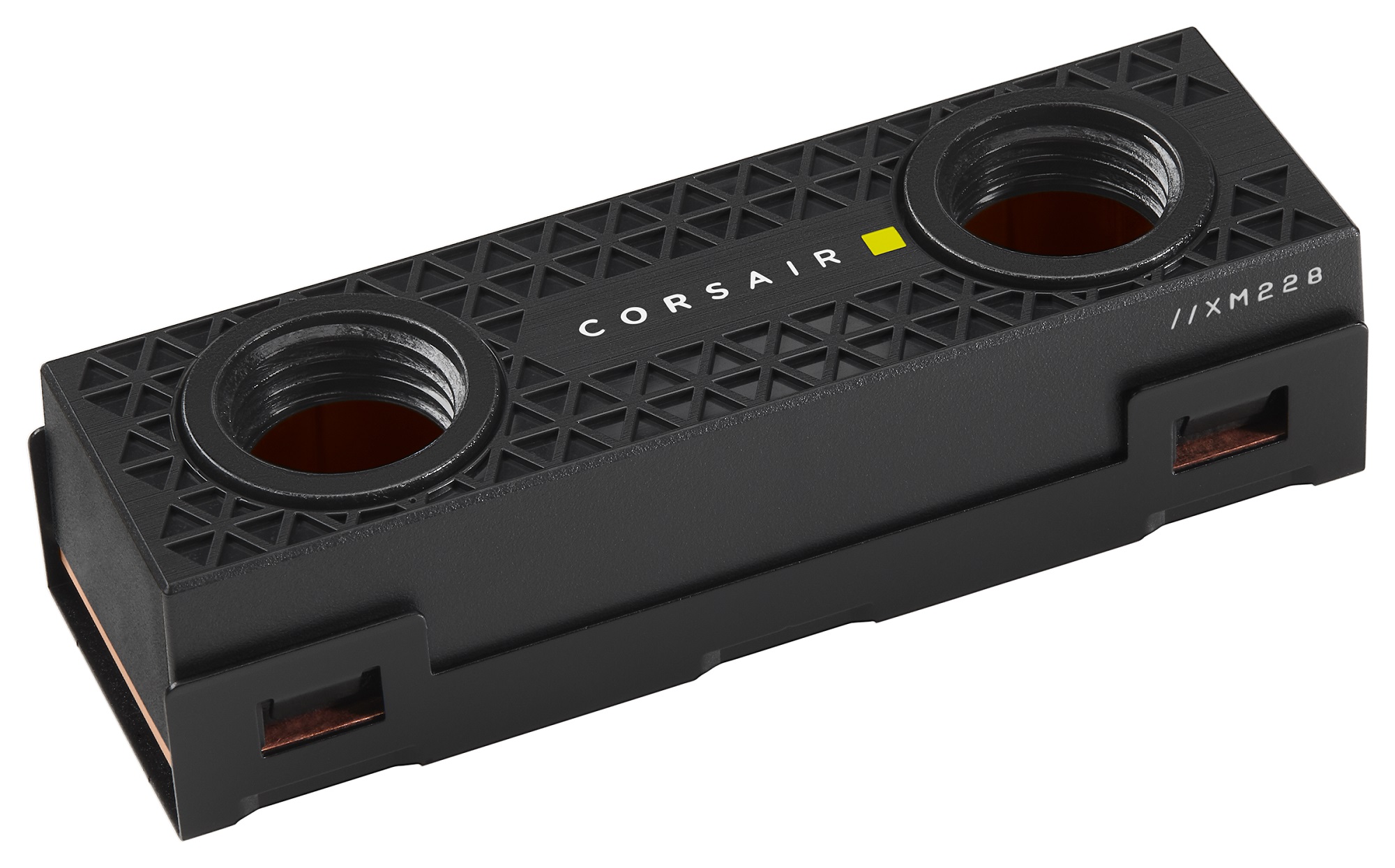 The feature(s) that will stand out depends on who you are. Having extra PCIe 4.0 storage is ideal for anyone handling lots of large files—like creators who copy and export big videos. But if you’re a gamer, the RDNA2 graphics cores in Ryzen 6000 could hold more sway. AMD says you can play games like Doom Eternal, Watch Dogs: Legion, and The Witcher 3 at 1080p on the Ryzen 7 6800U, which means owning a thin-and-light laptop and gaming won’t be mutually exclusive. And the security-minded can rest more easily with Ryzen 6000, as it supports Microsoft Pluton, a specialized processor that complements a trusted platform module by protecting against physical attacks on PC security.

These differences could expand down the road. We could later see variance in performance due to the architecture and process node of the chips, for example. Intel’s 12th-gen CPUs have a hybrid set of cores, with some designated as performance-oriented and the remainder as efficiency-oriented, that could give it an edge in processing. For its part, AMD touts long battery life as a benefit of the 6nm process used to produce Ryzen 6000 CPUs, saying that laptops powered by its chips can get up to 24 hours on battery.

On desktop, your choices for CPUs are about to get much wider. Intel released the rest of its 12th-generation Alder Lake processors (which should hit shelves very soon), while AMD revealed info on its 3D cache version of the 5800X, as well as upcoming Ryzen 7000 processors.

Basically, you have the choice of taking what’s available at the moment—Intel’s 12th-gen “Alder Lake” or Ryzen 5000—or waiting through the year to see how things shake out. Normally, we say that you should buy when you need something, but given the dearth of graphics cards available, it could be worth your while to be pickier about your CPU as you wait on an affordable GPU. The summaries below highlight the key takeaways for now.

Next-gen Ryzen 7000 chips may have all the flash, but Ryzen 5000 still gets an interesting shot in the arm before making way for its successor. Teased last year, 3D V-Cache finally makes its debut in the 5800X3D, upping that chip’s amount of L3 cache from 64MB to 96MB. The real-world effect is a performance boost in applications, including games, and AMD claims that the supercharged 5800X3D can tear through games faster than its own Ryzen 9 5900X and Intel’s top-of-the-line Core i9-12900K. Sample benchmarks shared during CES claimed a 40 percent improvement in Watch Dogs, and 20 percent in Far Cry 6, Gears 5, and Final Fantasy XIV compared to the 5900X, and a 20 percent increase in Final Fantasy XIV compared to the i9-12900K.

Expected in the second half of 2022

What we know about Ryzen 7000 isn’t much, but it’s enough to make hardware enthusiasts eager for more details. The CPUs will be based on a 5nm process, support PCIe 5.0 and DDR5 memory, and move to a new AM5 socket.

How 5nm will affect performance remains to be seen, but in general, the move to a smaller process typically yields notable uplifts. Paired with PCIe 5.0 and DDR5 memory support, games and applications running on Ryzen 7000 should fly along. The question is if they’ll be as zippy as Intel’s top chips—especially since it’s possible that Intel will launch its 13th-generation Raptor Lake CPUs this fall.

The most concrete info available right now for Ryzen 7000 revolves around the AM5 socket. AMD is abandoning PGA (where the pins are on the processor) in favor of LGA (where the pins are in the motherboard socket). Now, like with Intel chips, you’ll have less to fear if you accidentally drop a Ryzen 7000 CPU—and more sweating and labor if you somehow wreak havoc on the socket pins. AM5 will also still work with older AM4 coolers, which means that fan-favorites like the Wraith Prism can still remain in service.

Nearly all of the 23 additional Alder Lake CPUs announced at CES are non-overclockable parts, the kind of processor that most people encounter in pre-builts or purchase for a DIY build. The lone exception was the unexpected reveal of the Core i9-12900KS, which comes unlocked and can reach an astonishing max boost of 5.5GHz.

With this launch, Intel can now serve the full spectrum of users, from entry level (Celeron, Pentium, and Core i3) all the way up to enthusiast (Core i9). So for now, with no Ryzen 3 5000 chips available, the only company tending to the needs of entry-level PC users is Team Blue—and it may stay that way for a while. People who don’t need integrated graphics are catered to as well, with presumably cheaper “F” models of select CPUs part of this launch, too.

These processors also represent more feasible options for people living in places with expensive electricity or a hot climate—they consume less power overall, with the 65W as the highest base TDP rating.

As for anyone hoping to see a non-hybrid, all-performance-core version of the Intel’s top-tier chips, you have to keep holding out. Hybrid architecture actually seems to be a premium feature for Alder Lake—the only CPUs with just performance cores are in the Core i5 and i3 range. Unlocked processors (“K” chips) and the locked Core i7 and Core i9 chips all feature a mix of performance and efficiency cores.

Fortunately the coming arrival of more Alder Lake motherboards means an end to waiting for affordable chipsets. You should be able to find H670, B660, and H610 boards to pair with mid-tier and entry-level builds, eliminating one previous pain point for building with Alder Lake—the choice of only $200 and $300 mobos for a Core i5 chip.

With CES only the kick-off point for details on laptop and desktop CPUs, the coming months will bring more information about performance, battery life, and more. As further details become known, choosing between AMD and Intel (and picking a specific CPU) will become easier. For now, you can dive further into the technical differences between Team Red and Team Blue’s upcoming offerings if you can’t bear the wait.