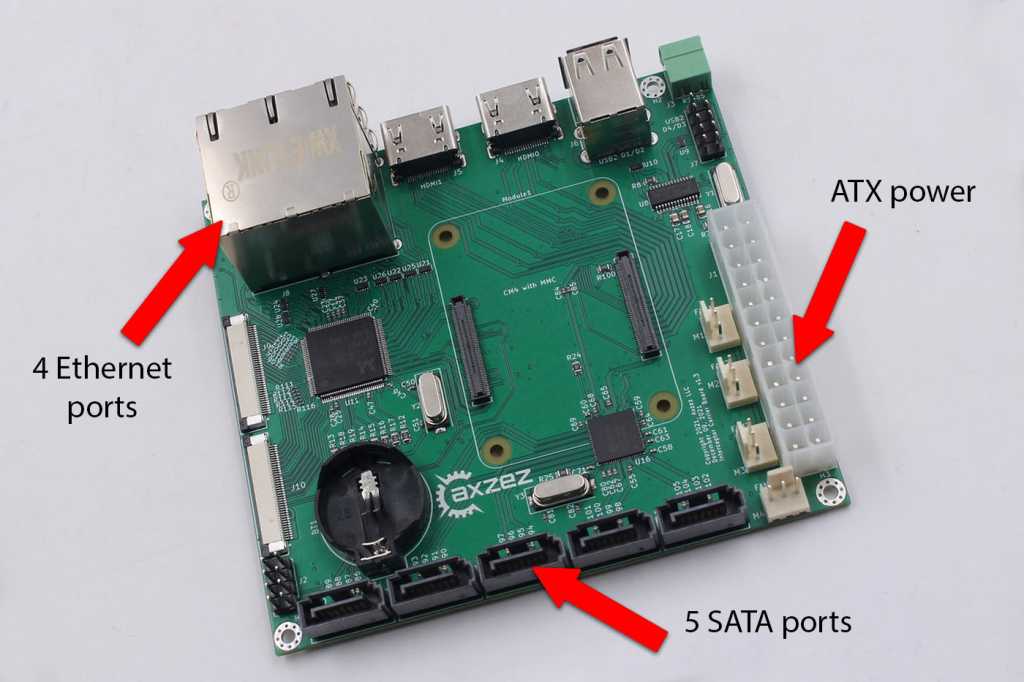 Raspberry Pi computers are great starts to electronics projects, but “start” is doing a lot of work in that compliment. Typically you need a few extras in order to really flesh it out. If you have a ton of desktop PC components sitting around, the new Axzez Interceptor carrier board might make the perfect companion to a tiny Raspberry Pi Compute Module 4.

Plugging in a CM4 board to the Interceptor adds a ton of ports to the tiny machine: four RJ45 Ethernet ports, five standard SATA ports (for hard drives, SSDs, or external media), two USB 2.0 ports, and two full-sized HDMI ports. Other expansion options include a standard set of case controller pins and four cooling fans, plus a 9-pin header for even more USB expansion. Power comes from a standard ATX motherboard power connector, compatible with that dusty power supply you haven’t used since the Pentium 4 was top-of-the-line.

As noted by Tom’s Hardware, the Interceptor and its accompanying OS image from Axzez is designed primarily for network-attached storage projects. But with so many expansion options, there are certainly other ways you could apply the hardware. The only real downer is the reliance on relatively ancient USB 2.0 ports, especially when the full-sized Raspberry Pi 4 can handle USB 3.0. So if you’re using this thing for storage, make sure to lean heavily on those SATA ports.

The Interceptor is available for $99 from the Axzez store, though the pre-order batch is sold out already. The Raspberry Pi Compute Module 4 starts at $25 for the 1GB version.