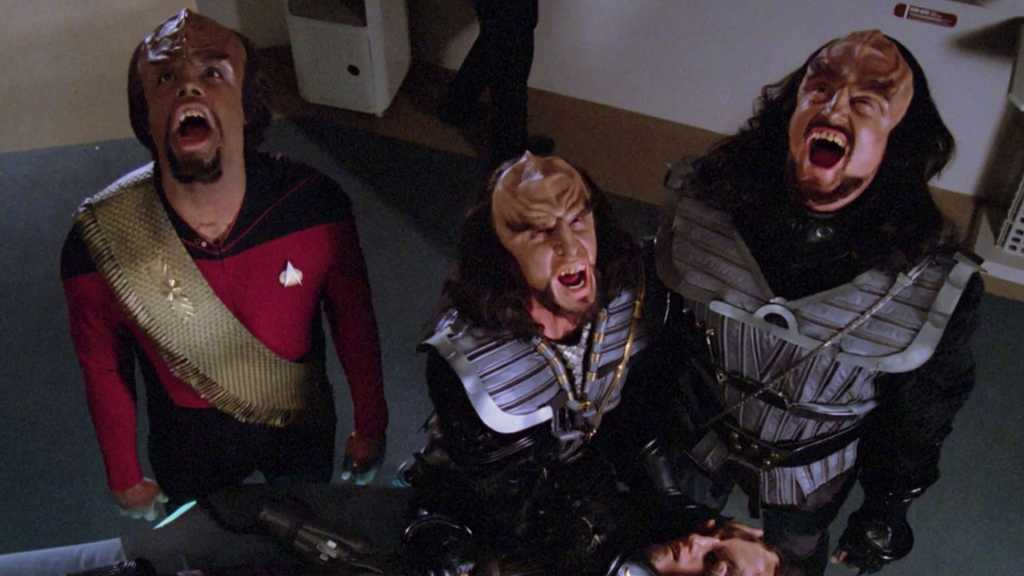 Warriors of the Empire, hear me! While my pink blood longs for the battlefield as much as any of my Klingon brothers and sisters, the time has come to admit that our alliance with the weaklings in the Federation does have some fringe benefits. Not only have we regained access to classic texts from that most celebrated Klingon storyteller, Shakespeare, we now have a means of preserving our written heritage for humans. LibreOffice, a Federation means of processing written words, will soon support the glorious Klingon language. Qapla‘!

Star Trek’s fictional species of space vikings have technically had their own language since The Trouble with Tribbles way back in the original TV series, but the film series started expanding Klingon into a semi-functional language during the 1980s. With a combination of canon works and the help of enthusiastic fans, Klingon has become a somewhat “real” language over the few decades, complete with its own promotional institute and official translations of such works as Hamlet, the Epic of Gilgamesh, and A Christmas Carol.

The open-source developers of LibreOffice are getting in on the fun, perhaps inspired by a similar move from Duolingo. Starting next month, LibreOffice 7.3 will support writing in the semi-official Klingon language. Students turning in their reports on the Khitomer Accords will surely appreciate it. Perhaps more practically, it’ll come along with support for the Interslavic language, which joins over 100 (real) languages already supported by the free office suite.