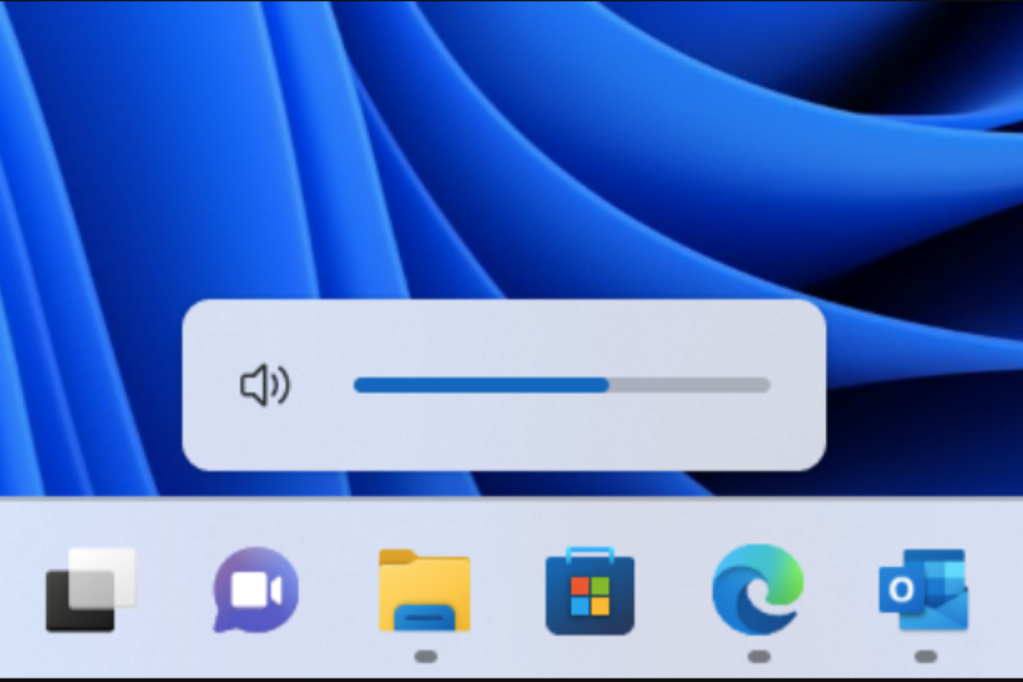 Windows 11 Insider Preview Build 22533 is currently rolling out for the Dev Channel, which means the code isn’t guaranteed to roll out to the stable channel of existing Windows 11 PCs. But given the level of distaste for the current flyout structure, there’s a good chance it will.

What do we mean? If you use your laptop’s hardware controls to adjust the brightness or volume, the control typically appears way up in the top left-hand corner of your screen, with some odd vertical slide bar controlling the experience. It doesn’t look anything like Windows, really.

With the updated flyout experience, you’ll see the new hardware indicators for brightness, volume, camera privacy, camera on/off, and airplane mode “align with Windows 11 design principles,” according to the Windows blog post announcing the changes. So you’ll see a transition between the old flyout, and the new, like so:

Microsoft isn’t changing the way the volume controls are handled on the taskbar, however. If you click the Action Center down in the lower right-hand corner of your screen, you’ll still see the familiar horizontal volume slider. Now, however, you’ll also see the horizontal controls when you use your keyboard’s control keys, too.

The new build also includes a new Calls interface within the Your Phone app. Remember, you can actually place phone calls on your PC, using the PC’s Bluetooth connection to route your PC’s microphone to your nearby phone. The phone interface has been updated to bring it in line with the Windows 11 UI, too.

Finally, the changes Microsoft is making to Widgets—bringing the weather icon to the Windows 11 taskbar, as it announced last year for Windows 10—is being pushed back. “[O]ur intention is to quickly expand the rollout to the majority of Insiders in the Dev Channel,” Microsoft said of Widgets.