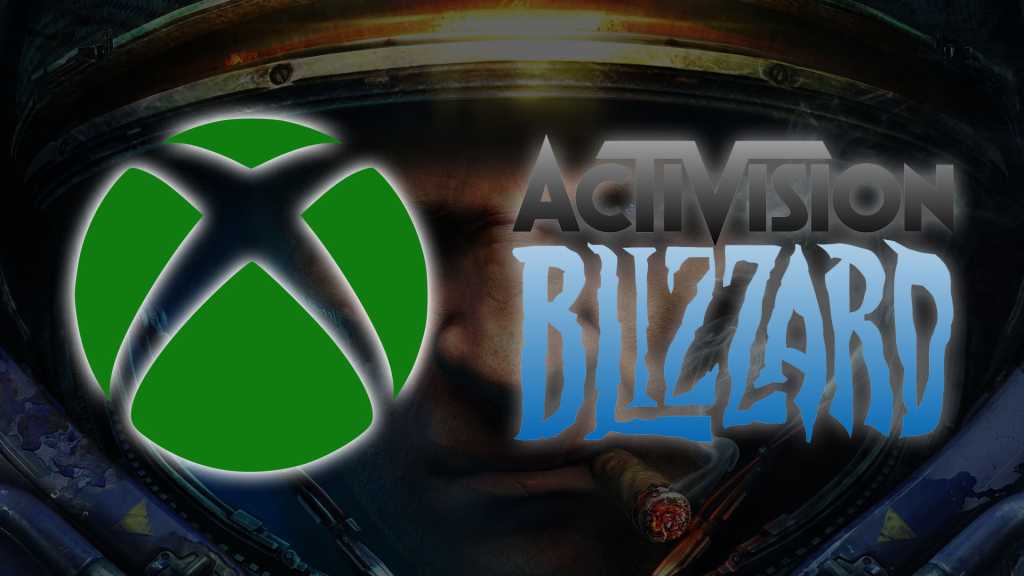 Microsoft has been on a gaming acquisition tear for the last few years, hoping to give the edge to its Xbox and Game Pass platforms as Sony’s PlayStation continues to dominate with exclusive titles. The company previously purchased such notable companies as ZeniMax (AKA Bethesda), Minecraft developer Mojang, Id, Obsidian, Ninja Theory, Rare, Double Fine, and 343 Industries. But the computer giant’s next purchase is so big it might shake the foundations of the gaming industry: Activision Blizzard.

The news comes from as an official announcement from Microsoft itself, emblazoned with its prospective acquisition’s biggest game series like World of Warcraft, Call of Duty, and Candy Crush. The acquisition is valued at $68.7 billion with Microsoft buying Activision Blizzard stock shares at $95 each. The deal is being given a full media blitz with a promotional page, press release, blog posts, open letters to employees, and even a map of the proposed management team.

Assuming it goes through, the nearly $70 billion acquisition would be by far the largest in the history of the gaming industry, with Take-Two’s purchase of Zynga earlier this year coming in a distant second at “just” $12.7 billion. For the sake of comparison, Nintendo’s current valuation in terms of market cap is approximately $55 billion in USD.

Activision is one of the oldest developers in the industry, starting way back in 1979, publishing classics like Pitfall, Little Computer People, MechWarrior, and Tony Hawk’s Pro Skater. The publisher survived various crashes and booms to become one of the largest software makers on the planet. It merged with Vivendi in 2008 to create the combined Activision Blizzard, gaining clout from an association with the highly respected developer of Warcraft, Starcraft, and Diablo. Today, Activision Blizzard publishes and maintains some of the industry’s biggest franchises, including Call of Duty, World of Warcraft, Crash Bandicoot, and Overwatch.

The combined Activision Blizzard has had serious troubles over the last few years, caught in a general backlash towards large publishers seeking profit over quality and abusing staff. AB has been specifically criticized for an ongoing collection of social issues, including employee abuse and “crunch” culture, sexual abuse of female staff members (including a highly public investigation by the state of California), lack of accountability for executives, and embarrassing episodes such as an apparent capitulation to the Chinese government when a player showed a pro-Taiwan message on stream.

AB’s issues seem to have been personified in multi-billionaire CEO Bobby Kotick, who’s controlled the company for over 30 years. According to a Wall Street Journal investigation, Kotick was aware of abuse issues inside his company and did nothing to stop them, allegedly shielding abusive executives and even threatening to kill an employee. Despite calls from around the industry to step down, including rare recriminations from partners like Microsoft, Sony, and even LEGO, Kotick remains CEO. According to Microsoft’s press release, Kotick will remain in his position for the time being, reporting to Microsoft’s Gaming CEO Phil Spencer.

Microsoft’s interest in one of the largest publishers in the world is obvious. In addition to bolstering a growing library of exclusive game content for the Xbox console and Windows, it’s attempting to create a platform of streaming games that can be accessed anywhere on any device. The Netflix-style, all-you-can-eat nature of the Xbox Game Pass is shaking up the industry in ways that are still hard to predict — other players like Amazon and Google have invested in game streaming and Sony is reportedly preparing its own similar service. Despite dominating with exclusive titles in the PS4 era, Sony’s position at the top of console gaming seems more precarious as Microsoft continues to strengthen its first-party catalog.

The acquisition still needs to be approved by various regulatory agencies, notably the American Federal Trade Commission (possibly even Department of Justice) and the European Union’s Commission. Both the US and EU administrations are far less friendly to mega-mergers than they have been in the past, so Microsoft’s game-changing purchase is by no means a done deal.