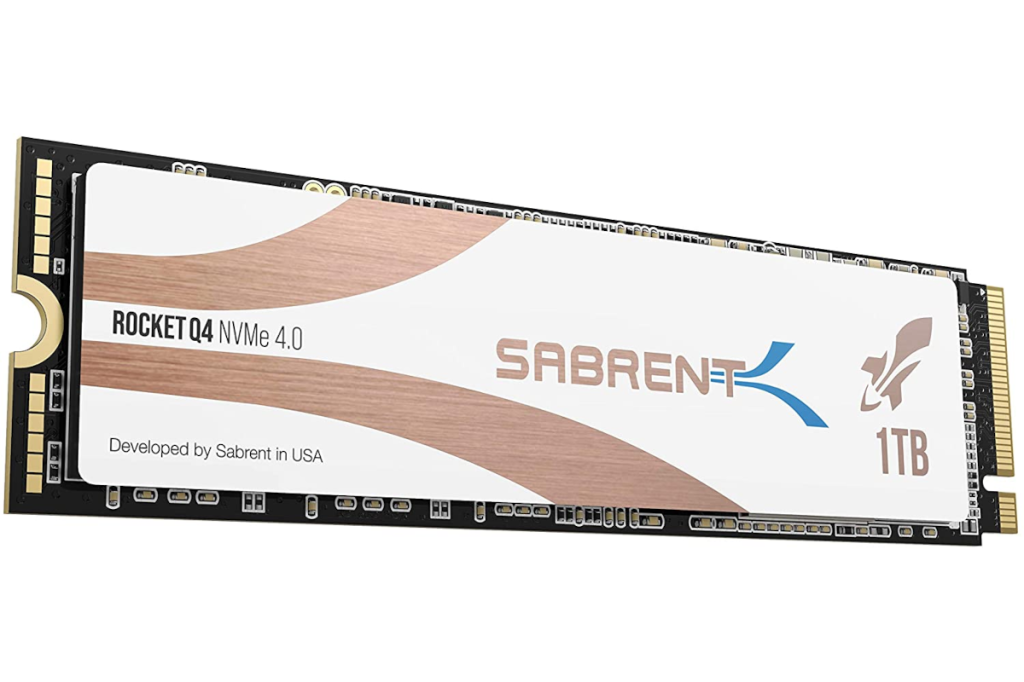 If you’re about to go PCIe 4.0 on your next computer build, we’ve spotted a nice deal on an SSD for you. Amazon is selling the 1TB Sabrent Rocket Q4 NVMe SSD for just $93.50, which is down from $110. That’s $16.50 off of the most recent price. This deal comes from third-party retailer Store4Memory, but it ships from Amazon, meaning the drive is covered by the company’s return policy.

Sabrent claims you can expect sequential read speeds up to 4,700 Megabytes per second and write speeds up to 1,800MB/s. That’s over PCIe 4.0, however. If you’re going to use this drive with a PCIe 3.0 motherboard and CPU, then the read speeds drop down to 3,300 MB/s.

With either a PCIe 3.0 or 4.0 motherboard, this drive is still pretty fast. But if you want the best speeds, you really need to use this with PCIe 4.0. That means you need to have an AMD Ryzen 3000 desktop CPU or higher. An Intel Rocket Lake (11th gen) or Alder Lake (12th gen) processor would work, too. You’ll also need a compatible motherboard that also supports PCIe 4.0.

Once you have those two magic pieces, the amazing speeds of this PCIe 4.0 storage will be yours.