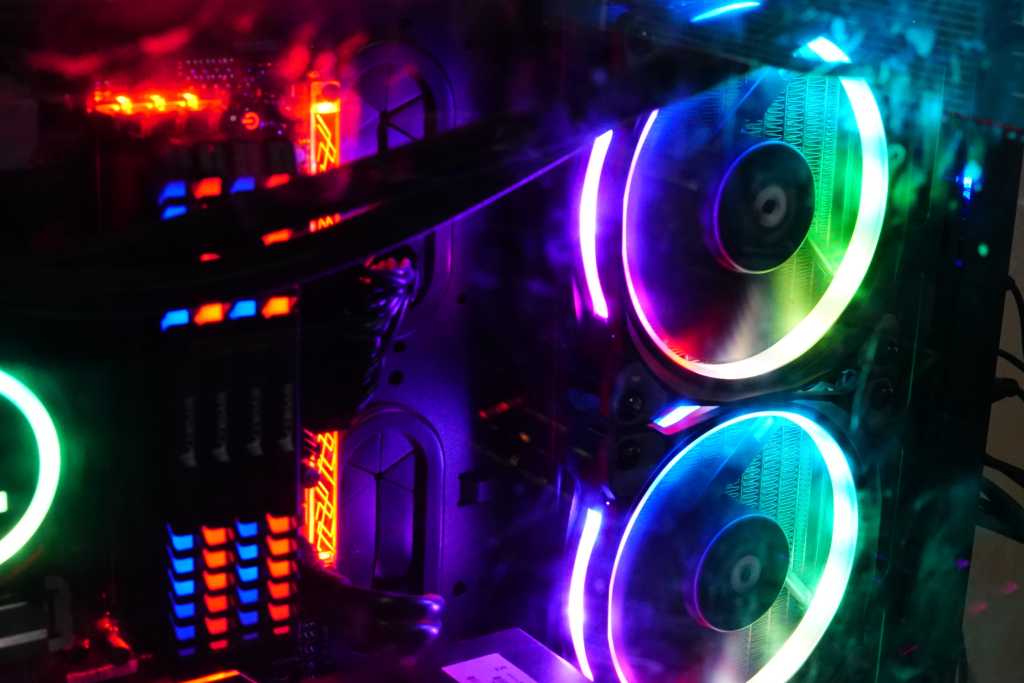 Windows 11 has had a slow uptake in its initial months. That fact isn’t surprising or unusual—Windows 10 has plenty of shelf life left. And the new features that’ve been pushed by Microsoft haven’t had strong enough appeal, either. Enhanced security is good, but sticking with a setup that already works is often better. Early days of any operating system can result in driver or other software issues.

But as leery as PC owners can be of change, luring the reluctant into leaving behind the familiar is pretty simple. Microsoft just needs to pick a long-standing problem and solve it in Windows 11. Like how controlling RGB lighting is still terrible, years after the feature’s rise to wild popularity.

RGB is a mess and needs a fix

Nearly eight years after peripheral vendors kicked off the mania for rainbow lights in everything, a single, elegant solution for controlling everything still doesn’t exist. Instead, crafting a cohesive look requires a patchwork system of software applications.

Some hardware is controlled via your motherboard’s companion software. Other parts are only compatible with the manufacturer’s software, like with NZXT and Corsair components, as well as some one-off devices. Worst are the devices that provide no control over the LEDs, period.

All together, you can easily have four or five pieces of software to deal with in a PC built for both gaming and streaming. Managing that stable of applications can be mildly inconvenient at best and flat-out annoying at worst. Not only do the interfaces vary in their quality, but the programs offer different amounts of control over RGB in the hardware, which makes coordinating patterns and colors more difficult.

In an ideal world, one system would exist, and all manufacturers would support that standard. They could still produce their own software (perhaps to offer more specialized features or benefits), and you could pick whichever one you liked best. This utopia still has yet to materialize, because vendors have little incentive to get together and hammer it out. Instead, we live in a world where motherboard makers like Asus, Gigabyte, MSI, and ASRock each have their way of handling RGB, and hardware vendors like fan makers are left to support all of them.

But you know who has enough clout and influence to make everyone play nice? Microsoft. Each of those vendors make their hardware Windows-compatible to begin with. If Microsoft chose to create a standard, compliance could be baked right into Windows drivers. It could also mean higher-quality, straightforward controls within the operating system, with much less chance of software conflicts or running into issues after Windows updates. Plus, Microsoft’s reach is so huge that universal RGB control in Windows 11 could force companies like Corsair and NZXT to loosen their proprietary approaches and provide dual support for native Windows 11 control and their own amped-up software.

So much software, so little control

Don’t believe that the state of RGB is that bad? Let’s consider a computer built for daily work at PCWorld, which includes streaming.

Its case is a Corsair iCue 220t, so the company’s iCue software is required for controlling the included RGB fans. Because Corsair RGB is proprietary, that put enough mild pressure on us to also choose a Corsair AIO CPU cooler and an extra Corsair RGB fan for rear exhaust.

Choosing a different brand for the CPU cooler wouldn’t have been bad—those typically can be controlled through the motherboard software. Asus’s Aura Creator has a decently tolerable interface, especially compared to competitors like Gigabyte, AsRock, and MSI, and we have to use it anyway for our G.Skill Trident Z RAM. But to better coordinate the lighting patterns and colors, sticking with Corsair for cooling was easier.

With two pieces of software already in the count, we now have to deal with our Nvidia GTX 1080 Ti Founders Edition graphics card. Technically, it’s not RGB; it only has green LEDs. Regardless, they unfortunately don’t fit with the purple-and-white aesthetic selected for the case fans, AIO cooler, motherboard, and RAM. In order to turn off the lighting, you have to install a separate application apart from GeForce Experience. (If we had a newer RTX Founders Edition card, we’d still need a separate, third-party program like EVGA Precision X1 to perform this task.)

Are your eyes crossing yet? Our tally is up to three different programs, and we’ve still got two more components to discuss.

Surprise—only one more requires a separate program. The AverMedia capture card’s RGB can only be controlled via AverMedia’s software, and you only get a handful of fixed colors to choose from. The alternative is to just shut off the light all together. As for our SoundBlaster AE-9 card, the white LEDs illuminating the logo can’t be turned off. We’re stuck with it on.

Final tally: four applications, and some of them are quite limited.

This PC isn’t the only one in our possession with such a setup. I’ve got one in particular where I’d like to change the colors more often, but I don’t because the software situation is so annoying.

In a dream world, changing the look of the lights would be as simple as opening the Xbox Game Bar and adjusting a few things. Even having to dig into Windows settings to fiddle with sliders and input hex color codes would be great, so long as every single piece of hardware was available in the interface. If that were the norm, Windows 11 would be an easy sell to PC builders focused on heavy RGB.

So how about it, Microsoft? You all care about the best experience on PC, right?