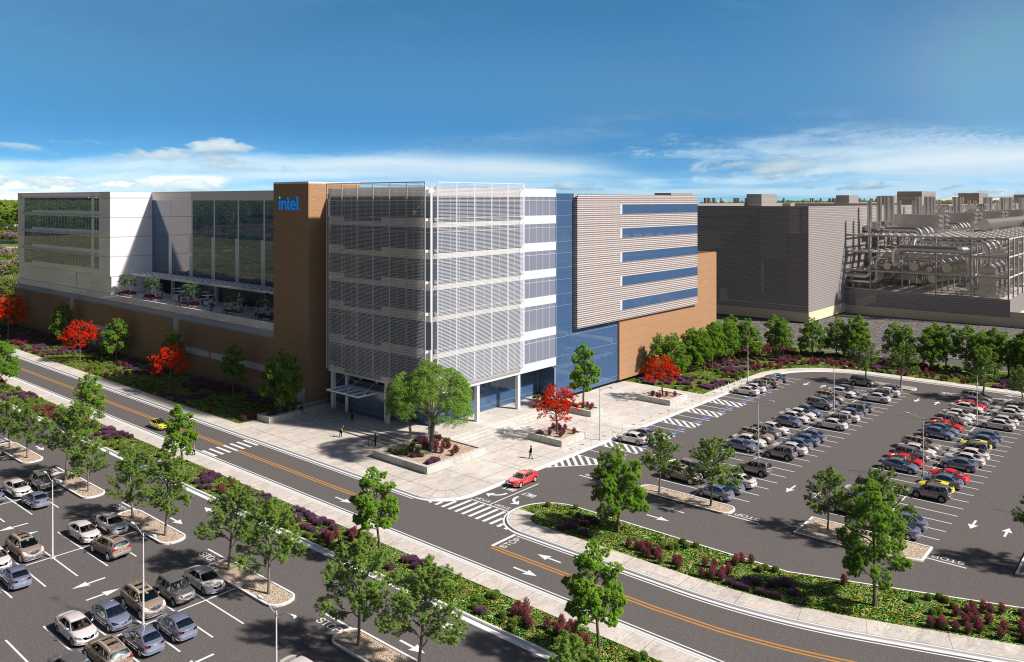 As the worldwide chip shortage persists, Intel said Friday that it’s trying to build its way out of it. The chip giant announced plans for a new fab complex in Licking County, Ohio, near Columbus.

Intel committed $20 billion to the new facility, which Time had earlier reported would include a pair of fabs. Intel said Friday that there will be room for up to six separate chipmaking facilities, though they won’t all be built out immediately. In a statement, Dr. Randhir Thakur, senior vice president and president of Intel Foundry Services, said that the new fabs will support Intel’s angstrom-class fabs, including its new Intel 18A manufacturing process. Intel’s new Ohio fab will be operational by 2025, Intel said, when the 18A process is expected to come on line.

Intel has fabs scattered all over the world—from Israel to Ireland—though the vast majority of the company’s manufacturing has been in the United States at sites like Hillsboro, Oregon; Chandler, Arizona; and Rio Rancho, New Mexico. The new Ohio fab will build out the “Silicon Heartland,” adding an estimated 3,000 jobs to the region.

Intel chief executive Pat Gelsinger has referred to domestic chipmaking—as opposed to foundries in Taiwan and elsewhere—as both critical for the American economy and American security interests. Gelsinger has also criticized the U.S. government for not subsidizing American chipmaking, as other governments do. Though the United States Senate passed the CHIPS Act, authorizing up to $52 billion in federal funding for semiconductor production, it hasn’t yet passed the U.S. House.

Intel’s announcement, therefore, could be seen as pressure to force that measure along. “Ohio is an ideal location for Intel’s U.S. expansion because of its access to top talent, robust existing infrastructure, and long history as a manufacturing powerhouse,” Gelsinger said in a statement. “The scope and pace of Intel’s expansion in Ohio, however, will depend heavily on funding from the CHIPS Act.”

The new fab, however, is unlikely to directly alleviate the ongoing chip shortage, which has struck industries from the PC to cars, and is expected to last throughout much of 2022 according to fab giant TSMC. Intel’s production from the Ohio fab would come online several years after the shortages are expected to alleviate.

Instead, Intel’s new fab will be used both for its own manufacturing as well as part of its foundry services supplied to third parties. Intel said in 2021 that it expects to ship chips to Qualcomm and Amazon, among others.