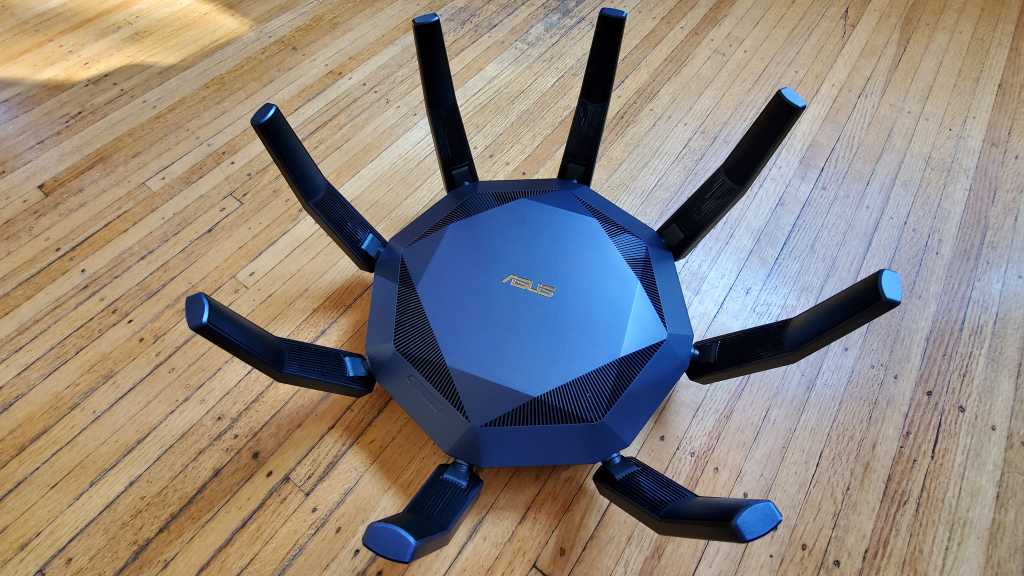 Gigabit Internet? Feh, that’s for suckers. At least that’s what I thought as the technician was driving away after freshly “wiring” our home with multi-gigabit internet service.

In my case, I had drained the last bit of service life from Ma Bell’s twisted pair copper wires at 100Mbps down and 20Mbps up. I traded that relic of the 19th century for Sonic’s new Fiber To The Home service, which rewarded me with “up to 10Gbps down” and “up to 10Gbps up.” While the technician didn’t quite hit that speed, I was happy to see ~9Gbps from the tech’s ThinkPad laptop using a Thunderbolt 3 10Gbps Ethernet adapter on my modem, err, Optical Network Terminal.

But rather than enjoy my ultra-fast Internet I realized I had a major problem: None of my consumer networking hardware was up to snuff.

The hard search for a worthy router

My Sonic ONT serves up packets via a 10Gb Ethernet port that plugs into my home network. But like 99 percent of consumer routers, that means plugging a 10Gb connection in to a 1Gb port on my router. That’s a hard bottleneck which means I’d never enjoy anything above 1Gb of the internet service I was paying for. Ugh.

Even worse, my primary router—a now-elderly Wi-Fi 5-based Asus RT-AC88U with an additional Asus Blue Cove Wi-Fi 5 mesh node connected via Gigabit Ethernet—was unable to hit speeds above 500Mbps in my testing. Sure, I could have just been happy with a 5x increase in download speeds and a 25x increase in upload speeds over my previous ISP but my “I’m missing out” instinct sparked many sleepless nights trying to figure out the cheapest way to squeeze everything I could from my multi-gig Internet. Do I need it? No, of course not, but if I’m going to be able to brag about 10Gig Internet, I needed to have at least one PC that could hit those speeds.

Looking for a router that would get me 10Gb in, and 10Gb out, I was surprised to find a dearth of actual consumer-grade (aka consumer-priced) and consumer-styled networking gear that worked. When I mean consumer-styled, I mean something that looks like it belongs in your home, not a rack mount unit you stole from a data center. (Yes, I’m looking at you, Unifi Dream Machine Pro.)

Netgear’s new Quad-Band Mesh AXE11000 looked promising but even it has limitations. The new mesh router system features a single 10GbE WAN connection which it can use to feed the Wi-Fi 6 mesh clients, but wired clients are limited to its single 2.5GbE plus three 1GbE connections. Add in its steep price tag of $1,500 for a three pack (I only needed two but there’s no option for that) and I had to keep looking.

My answer came from a viewer of our Full Nerd podcast, who tipped me off to a configuration that would work without wrecking the bank: Asus’s slightly older RT-AX89X router.

The RT-AX89X is limited to Wi-Fi 6 and is “only” dual band, which means using it for a mesh network in a wireless mode would limit network speeds. Although I’d miss Wi-Fi 6E, the dual-band didn’t concern me as I’d still use Gigabit Ethernet to connect to the mesh network. But it was worthwhile for a capability the RT-AX89X features that makes it fairly unique among consumer hardware: two 10Gbps port, one using Ethernet and the other using SFP+. SFP+ is optical-based technology and pretty rare in consumer-grade networking hardware.

The router sells for $400 on Amazon but I cheaped out and bought a unit off eBay for $329. Although it was listed as used, it was actually a sealed unit and appeared to never have been used or opened.

Unfortunately getting 10Gb into the router was just half the problem. Although many newer high-end PCs feature 2.5 Gb Ethernet ports, mine didn’t and I was left with fuddy duddy Gigabit Ethernet. I have a spare 10Gb Ethernet network card but that wouldn’t help me. Why? Remember the Asus router’s remaining 10Gb port uses SFP+ over optical, not old school Ethernet.

That sent me back to the drawing board if I wanted my PC to access that sweet multi-gig service (and I did). The answer: Buying a 10G SFP+ network card on Amazon ($99.99) along with a 2-meter 10G SFP+ cable ($16.99). That would finally get my desktop the multi-gig Internet it deserves when it arrives.

But what about other devices on the network? Obviously, everyone else in my family would have to slum it with 1Gb connections to the Internet, but moving to the new router did unlock a few real perks for everyone. While my older router couldn’t break 500Mbps even over Gigabit Ethernet, the newer Asus RT-AX89X had no issues getting all of the wired PCs to 1Gbps speeds. Wireless over its Wi-Fi 6 was also much improved to about 800Mbps versus the 400Mbps-500Mbps of my older Wi-Fi 5 router. Perhaps more importantly, all of the PCs on the router would also share from a much larger 10Gbps pipe rather than a 1Gbps pipe as well, which means multiple PCs could download at near maximum Gigabit speeds simultaneously instead of bogging it down.

I did consider taking the 10G SFP+ connection from the router and connecting it to a 10G SFP+ switch such as this NetGear Multi-Gigabit switch. That would give me an additional 10Gb port, along with a few 2.5Gb and 5Gb Ethernet ports to share among other wired PCs, and allow me to run a 2.5Gbps run to the Asus AI Mesh node (which itself would have to be updated to support 10Gbps too) but at $390, it was getting too rich for my blood again. It’s also even more hardware to run off of my uninterruptible power supply which means even more limited run time during a power outage. Yes, I could also upgrade my UPS too, but that would entering the territory of the children’s tale of the King, the Mice and the Cheese.

This, frankly, is the hidden cost of multi-gig Internet no one talks about. We’ve grown accustomed to a single router (or a single mesh router pack) giving you everything you need out of the box. With Gigabit Ethernet that’s generally true, but in the world of multi-gig internet, we’re now at the stage where the raw speed from your Internet provider can far surpass today’s consumer networking hardware.

Obviously if you can live with “just” gigabit speeds, your existing hardware (if fairly new) will mostly be fine. But if you jump onto your ISP’s offer of 2Gig, 5Gig or 10Gig Internet, be prepared to throw out most your existing network gear to get the most out of that high-speed connection you’re paying for.