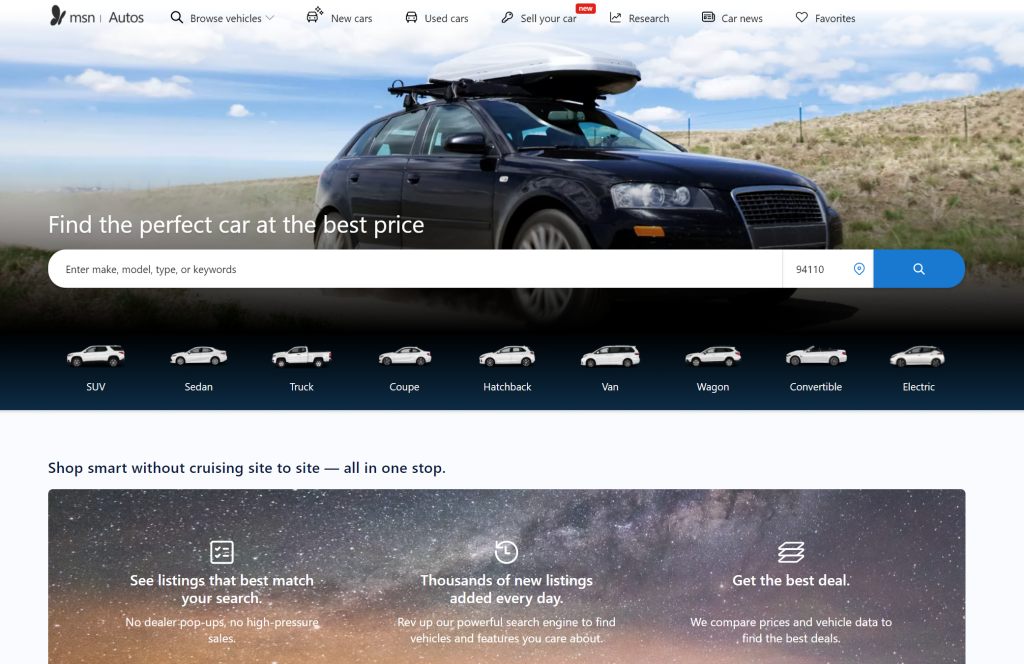 Have you looked for a new or used car recently? Demand and prices are through the roof. Microsoft has just made finding a new car a little easier: Microsoft, MSN, and the Bing search engine has launched what it calls Autos Marketplace.

Naturally, the Autos Marketplace site allows you to filter by make, model, price, and more, including proximity. Microsoft promises that you’ll be able to find background information on the available cars, reviews, and even video, provided that they’re available.

Autos Marketplace allows you to search for either new or used cars. In the latter category, knowing what you can about the history of the vehicle matters. Bing’s Auto Marketplace site links to the free CARFAX report, which can show if the car has been in an accident and what the repair history might be. Finally, the Bing Autos Marketplace allows you to compare the prices of the car against similar listings, allowing you to try and figure out if you’re paying too much.

Users can also use the new Autos Marketplace site to sell a car, too, though the process is more akin to simply listing a car for sale. The Sell Your Car feature allows you to fill out online forms attesting to the make, mileage, color, and more, along with features. It’s worth noting that adding the VIN (Vehicle Identification Number) is an optional feature, so listing (and buying) a car via this method might be more akin to listing a used car on Craigslist than in having Microsoft back the transaction.

Interestingly, if you are in the market for a car, or have for searched for one previously, Google Chrome also announced a feature Monday called Journeys that will allow you to revisit an old search rather than begin a new one. It’s not quite like a bookmark in that you save your search; it’s more like a targeted search of your own search history, so that you can dig out what you were looking at previously. It also appears that this feature will show up in your search history, not your toolbar, once it’s enabled.

If you’re in the market for a new car, why not use both the new Google and Bing tools to help out?