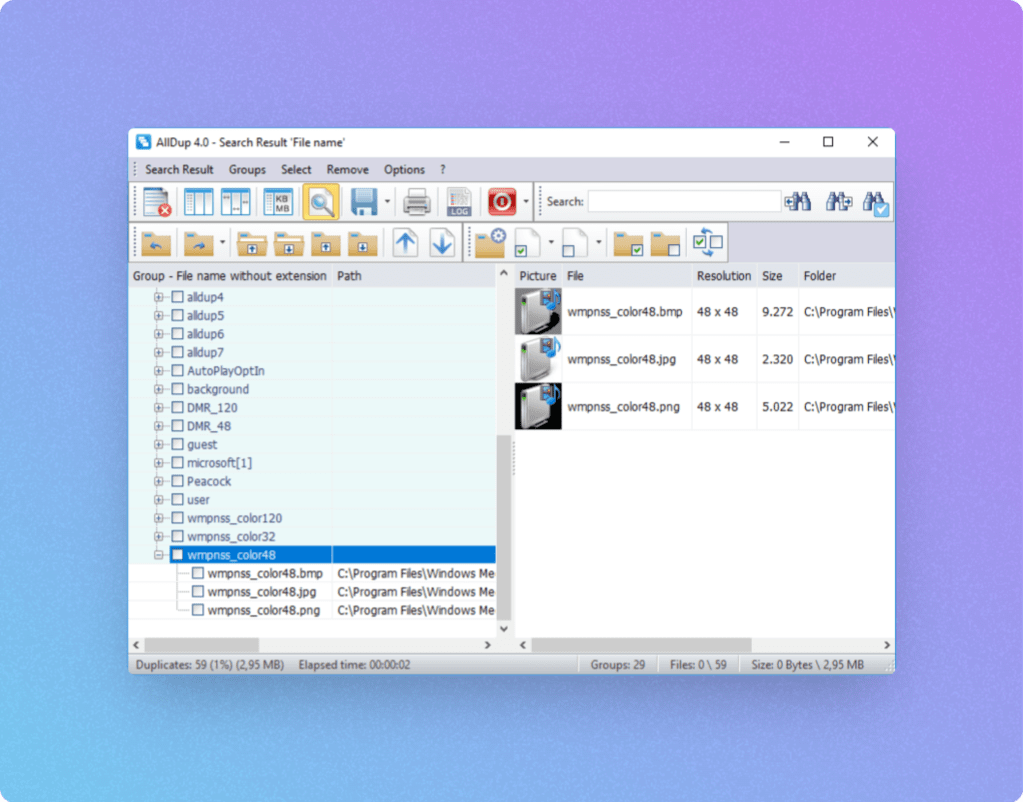 Not long ago, I tackled the long-overdue tech project of cleaning out my computer’s “Pictures” folder. It had grown ever more unwieldy after years of backing up my phone’s photos and dumping the contents of my DSLR’s memory cards, so I decided it was finally time to eliminate duplicate photos, blurry shots, useless screengrabs, and other assorted detritus. That allowed me to sort the remaining contents into albums without much hassle.

Why did my Pictures folder get so messy? Mostly, I blame Google Photos, which makes searching through old pictures so easy that I was content to just ignore my hard drive’s backup folder, knowing that it existed mainly for safekeeping.

But now that unlimited Google Photos has gone away, I decided it was time to stop being complacent. Even if I keep using the service (at the cost of another cloud storage subscription), I like the idea of having a backup plan.

Still, I winced at the thought of sorting through thousands of old photos one-by-one. What I really needed was a way to eliminate similar-looking photos in bulk and winnow my remaining library down to a much more manageable size. Fortunately, I found exactly what I was looking for with a free duplicate photo cleaner for Windows called AllDup.

Unlike most of the results that appear when you search the web for duplicate photo removers, AllDup has no ads, in-app purchases, or usage limitations. And while it’s a little ungainly to set up, the payoff is in all the ways it lets you customize your duplicate file searches.

When you launch AllDup, it presents a checklist of folders to scan—including all your hard drives and document folders by default—and right-clicking on the list lets you add other folders. The “Comparison Method” section also lets you decide whether AllDup will look for duplicates within the same folder (for when you’ve taken a lot similar photos at once) or only between different folders (for photos you might’ve stashed in multiple places).

After selecting some folders to scan, you can click “Search Method” to decide what to look for. Select “Find similar pictures,” then select “dHash” as the comparison method. You can then adjust the Match percentage to control how alike the photos should be. (I found that 92% is a good starting point, and you can tweak it depending on the results that come back.) The other settings on this page are safe to ignore, so just hit “Start Search” to begin finding duplicates.

Once the search is complete, you’ll get a list of duplicates, and can expand each one to see the individual files. To view the photos in each group, click the Image Viewer icon near the top-right of the screen, then click the File Preview icon near the top-left side. (Both are highlighted in the image below.) Unless you have a dual-screen setup, I also suggest clicking the arrow on the File Preview icon and making sure “Show file preview in a separate window” is unchecked.

You can then double-click on any group to view its photos side-by-side, or click on individual photos for a larger view. Check off any photos you want to delete, then hit the red “X” button at the top-left of the app. This will bring up a final page where you can send photos to the Recycle Bin or to other folders on your hard drive.

Just using the “Find similar pictures” mode with various levels of matching, I was able to clean out hundreds of unwanted photos. But I also suggest doing an additional pass with “Find similar filenames” as your search method. Since photos taken in sequence tend to have nearly identical file names, this can help turn up multiple edits of the same photo or entire groups of burst photos.

While it took some experimenting to find the best settings in both apps, I was ultimately able to clear out hundreds of similar-looking photos using AllDup, which in turn made manual sorting much easier.

Unfortunately, AllDup is only available for Windows. If for whatever reason you’re keeping all your photos on a Mac, PhotoSweeper is an excellent alternative. It offers a similar set of granular controls for hunting down duplicates, and while it does cost $10, I’ll admit it’s also more user-friendly. (PhotoSweeper’s developer also makes a free version called Duplicate Photos Finder that does a decent job, but it lacks the fine-tuning that the paid version offers.)

Like AllDup, you start selecting the folders you want to scan for Duplicates. Once the scan is finished, you can hit “Compare” to choose between three different matching modes: “Duplicate Files” searches by file name, “Similar Photos” sniffs out images that look alike, and “Series of Shots” finds photos taken in quick succession. In each case, you get a series of sliders for adjusting how many of your photos get clustered together.

Once PhotoSweeper does its matching, you can view each set of matches side-by-side and double-click (or hit Enter) on the ones you want to delete. The app also has a handy “Auto Mark” feature that suggests photos to delete automatically. You can then send your marked photos to the trash all at once.

Compared to AllDup, PhotoSweeper is more self-explanatory, and I like how you can fiddle with its various knobs to instantly change the duplicate search results. Although I’m primarily a Windows user, I can see myself turning to PhotoSweeper if I ever have to do this whole exercise again.

Not that I’m planning to do so anytime soon. Now that my Pictures folder is neat and tidy, hopefully I’ll do a better job keeping it that way on a regular basis.

This story originally appeared in Jared’s Advisorator newsletter. Sign up to get more tech tips in your inbox every Tuesday.