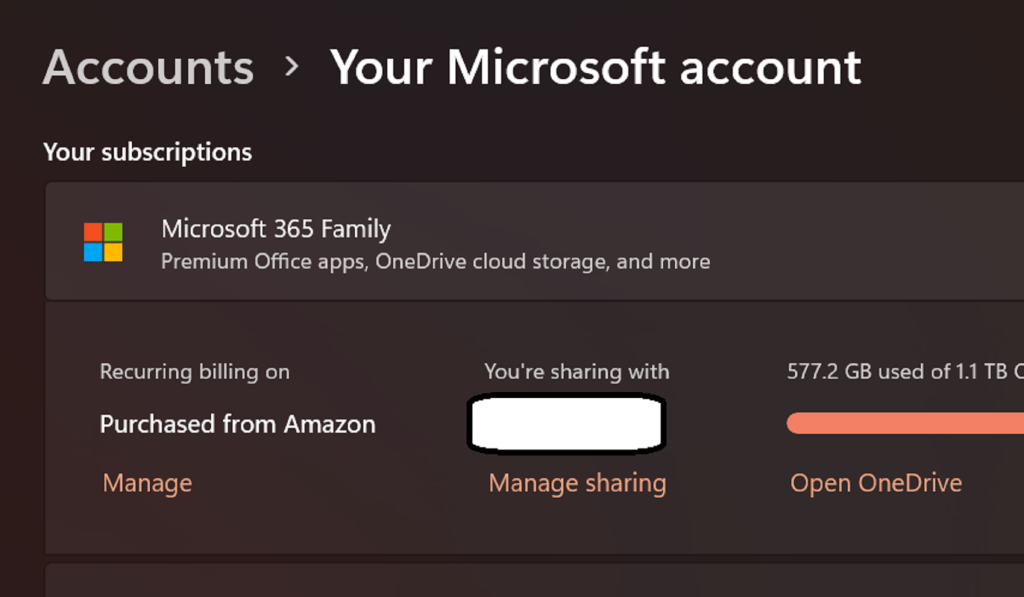 Microsoft’s Settings menu within Windows 11 has taken a quiet, significant step forward with the addition of subscription information, though it’s still incomplete. Nevertheless, it provides a handy starting point to understand and manage your Microsoft subscriptions.

Within the Windows 11 Settings menu > Accounts > Your Microsoft account, there’s a new section at the top of the page: “Your subscriptions.” There, you’ll find the status of both your Microsoft 365 subscription (if you have one) as well as how full your OneDrive cloud storage is and other details.

The new feature is actually part of a cumulative update for Windows 11 that Microsoft rolled out this month. That update is noteworthy for two things: First, it marks the new ways in which Microsoft will quietly roll out new features to your PC, outside of the normal feature updates. Second, it patches the notorious Windows 11 SSD slowdowns, once and for all. (Make sure your PC is up to date by checking Windows Update if you don’t see this new feature.) Microsoft should add a small batch of additional features later this month to all Windows 11 PCs, including the first Android apps.

And it may. Microsoft’s new update services mean that Microsoft can now tweak Windows regularly, and we should probably expect to see more information added to this page in the future. For now, it’s a decent start.