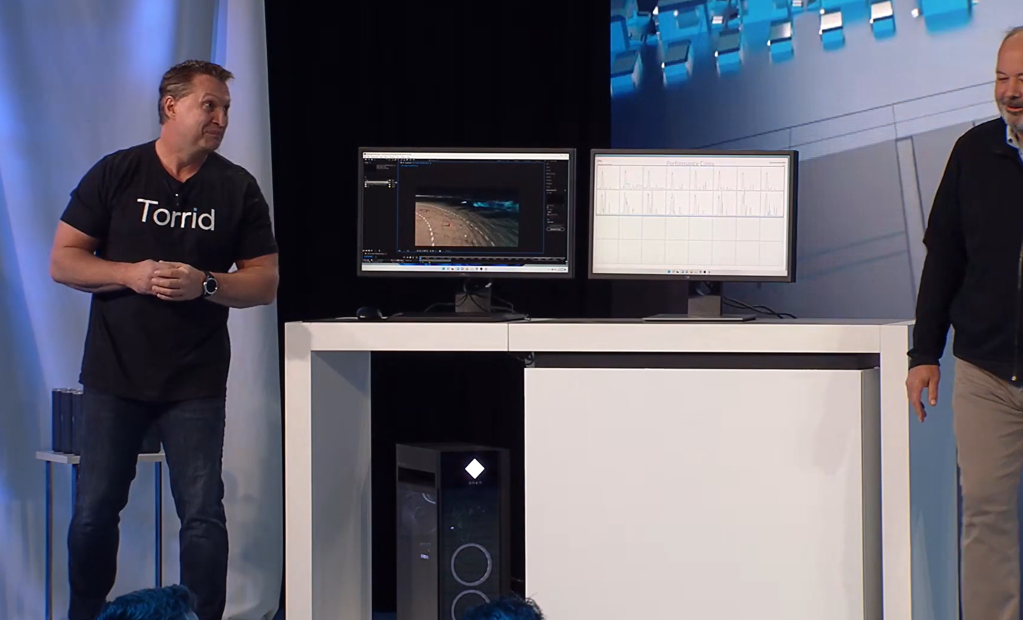 Hours after Intel released a technology roadmap describing how its next-generation process technologies would align with its upcoming processor roadmap, Intel’s new client PC chiefs published their own roadmap. The difference? Intel’s manufacturing roadmap left out the actual code names of the chips, while the second roadmap added them back in. Intel also demonstrated a desktop PC running its next-gen “Raptor Lake” chip, with 8 performance cores, 16 efficiency cores, and a total of 32 threads.

Intel’s CPU roadmap—presented by Michelle Holthaus, executive vice president of Intel’s Client Computing Group, and Jim Johnson, the senior vice president and “interim leader” of the CCG—came during Intel’s investor day presentations. The new product roadmap also validates code names that had been the stuff of rumor over the past few months.

The earlier presentation by Dr. Ann Kelleher, executive vice president and general manager of technology development for Intel, described Intel’s “Meteor Lake” chip as the first chip manufactured on the Intel 4 technology, and the first use of Extreme Ultraviolet (EUV) technology by Intel. According to Intel, the Meteor Lake client processor will offer a further 20 percent improvement in performance per watt. The Meteor Lake CPU tile will tape out in the second half of 2022, Kelleher said.

Johnson offered more clarity: While Meteor Lake will tape out in the second half of 2022, the CPU will ship in 2023, according to a slide Johnson presented.

In the first half of 2024, Kelleher said, a PC processor will begin using Intel’s 20A process, the first process of the “Angstrom era.” Here, Intel expects the chip will offer an additional 15 percent in terms of performance per watt, versus the prior generation. According to Johnson, that chip will be referred to as “Arrow Lake,” and ship sometime in 2024. Johnson’s slide also claims that chip will offer “leadership compute, AI, and graphics” capabilities.

In the second half of 2024, Kelleher told investors, Intel expects a client processor to roll out on the new 18A process. The client processor will offer up to 10 percent improvement in terms of performance per watt, Kelleher said. Johnson’s slide refers to an 18A chip shipping in 2024 as “Lunar Lake,” most likely referencing what Kelleher described. Lunar Lake was put in the category of “ultra low power performance,” and also described as having “performance per watt leadership.”

If nothing else, then, we now know more about Intel’s proposed processor roadmap than we have in some time. To summarize the key points: