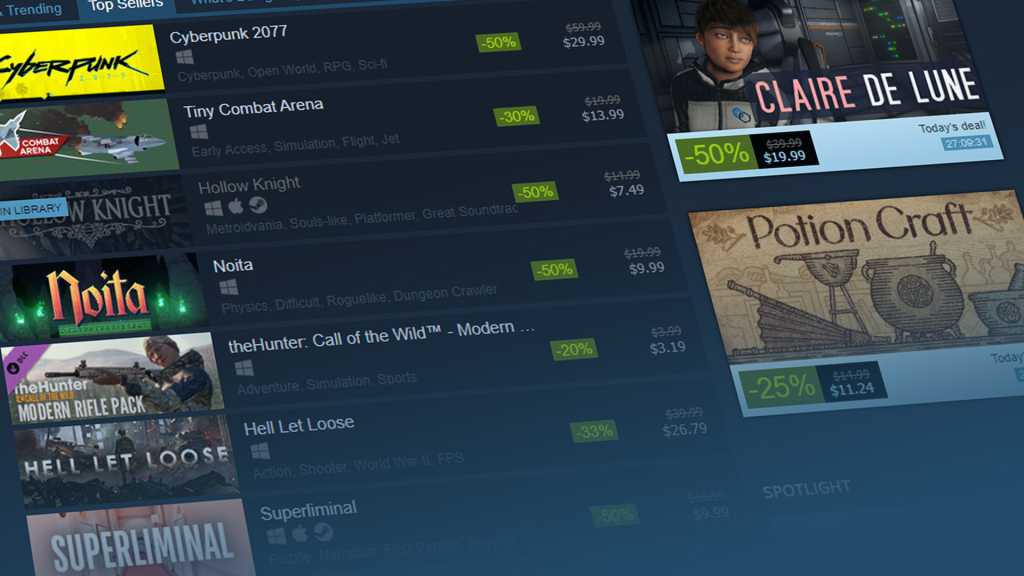 Steam’s periodic sales are a smorgasbord of gaming discounts, causing PC gamers to dig deep in the lists for juicy cuts on titles new and old. But as with any sufficiently complex system, some developers found a way to game it (pardon the pun). Starting in March, Steam will put in some surprisingly strict new rules on how game sales are handled in an effort to curb some of the more obvious means of manipulation.

The biggest change: Discounts will be capped on both the top and bottom at 90 percent and 10 percent of the list price, respectively. As HotHaradware observes, this specific change might be to prevent developers from applying a tiny 1 percent discount to their game to briefly shoot it to the top of the sales charts. It does limit the more dramatic discounts, but frankly, the sort of titles that get 95 percent price cuts for sales are rarely being sold at their original launch price anyway.

Other changes are less dramatic. The time limit between sales and promotions is being shortened from six weeks to 28 days, though this doesn’t apply to the huge store-wide Steam sale events that happen every few months. Developers also can’t discount games within 28 days of a price increase in any currency, keeping them from manipulating international listings. The retail price of a game can’t be changed while a sale is going on, obviously blocking the kind of deceptive “discounts” seen on more mundane items around Black Friday.

The new rules don’t go into effect until March 28th. In the meantime, you can check out Steam’s week-long Next Fest, featuring a ton of demos and live streams for upcoming indie games.