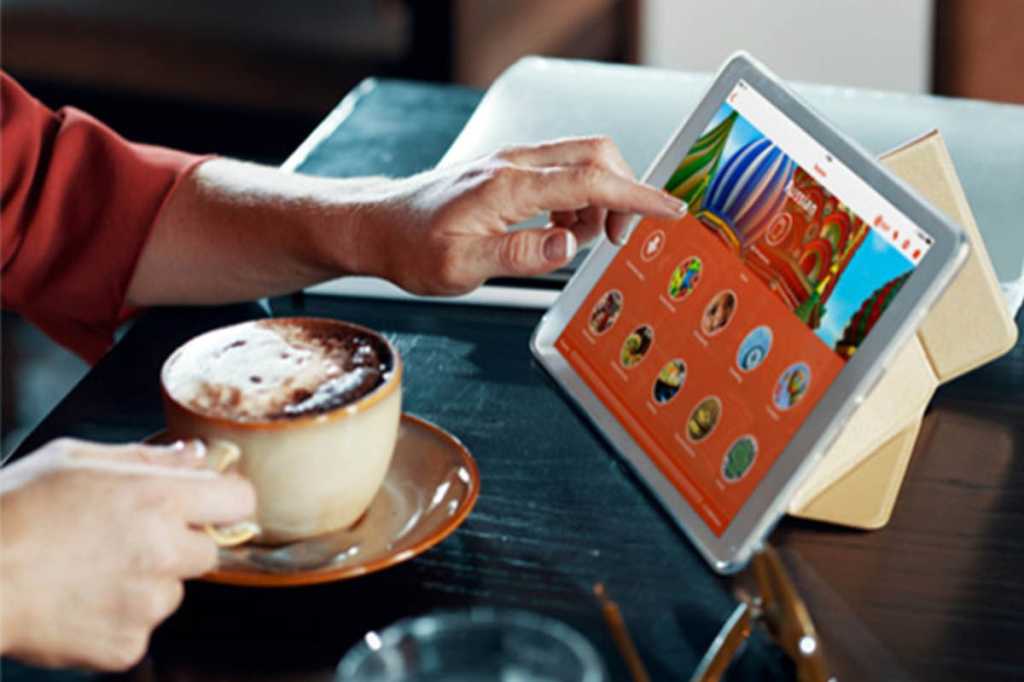 A lot of people looking for a solid VPN have one primary consideration: the need for speed. Privacy and anonymity are great, but if it means slow-as-molasses connections most people will opt out in favor of a speed demon. Faster speeds mean a better streaming experience, faster file downloads, quicker website load times, and just a better all-around experience.

Of course, when it comes to speeds there are actually two considerations. Download speeds are the primary concern because most people depend on getting data from remote servers as quickly as possible. For some, however, upload speeds for sending data to the internet is just as important. Gamers, for example, need what they’re doing to hit servers as quickly as possible.

We tend not to publish upload speeds in our reviews as the interest is more often on downloads, but we’re going to look at the upload speeds in this article. As with our download speeds, we’ll focus on the percentage of the base speed that is maintained (or exceeded). The reason being that numbers can differ so wildly from ISP to ISP, device to device, and connection type to connection type that speed retention as a percentage often captures the experience of most people.

Read on to see the fastest VPN we’ve found for sending data to the rest of the world, as well as the best choice for upload speeds and the VPN with the best speeds while staying as private as possible. (For even more VPN options, check out our comprehensive roundup of the best VPNs in all categories.)

To readers of our VPN reviews this first choice will come as no surprise. The fastest VPN we’ve tested is HotSpot Shield and it’s not even close. HSS is in a class of its own, retaining 67 percent of the base speed. That is simply a standout score. HSS has its issues, as we haven’t been fans of the company’s privacy policy, though it’s slowly getting better. Of course, it may simply be that to provide the speeds that it does HSS requires the analytics it collects. We can’t really say. Regardless, if you’re interested in pure download speeds and nothing else matters then HSS is the one you want.

The second place winner is ProtonVPN, which is still quite a ways back at around 57 percent of the base download speed. ProtonVPN is expensive compared to other services, but the privacy policy is better than HSS in terms of the amount of data collected from its users. It’s not as fast as HSS, but ProtonVPN is about as close as you can get with an improved privacy policy.

Upload speeds are a different story. In that competition, HSS doesn’t even crack the top 20. Proton, however, is the leader there, retaining more than 80 percent of the base upload speed. If you want something that offers a higher degree of privacy, and has top-rated download and upload speeds, then ProtonVPN is the way to go. ProtonVPN also has extra features that may interest some, such as a multi-hop VPN, called SecureCore, support for Netflix and other streaming services, and a few TOR-friendly routers to boot.

Other honorable mentions for upload speeds include Ivacy, NordVPN, ExpressVPN, and Private Internet Access. Any of those VPNs will do the job nicely if upload speeds are a bigger concern than downloads. Ivacy, Nord, and Express are also excellent choices for extra features that go beyond just upload and download speeds, from various locations around the globe. These services also promise features similar to ProtonVPN such as Netflix compatibility, multi-hop VPNs, and more.

3. Mullvad – The most private speed demon

If you don’t want to compromise on privacy and anonymity, while still getting solid speeds, then Mullvad is the best choice. This super-simple VPN supports connections via 38 different countries, and it costs 5 Euros per month (around $5.70 at this writing). We’ve often referred to Mullvad as the “Swiss bank account” version of VPNs, because Mullvad actively resists obtaining any of your personal information.

Instead of signing up for an account with the standard email and password, Mullvad assigns you a random account number and that’s it. No birth date or anniversary passwords to give you away. One number and that’s it. In our tests, Mullvad was sixth place for download speeds, though its upload speeds were on the weaker side, maintaining just under 60 percent of the base speed.

After Mullvad, we have to turn back again to ProtonVPN since it’s so fast, and the privacy promises are good, though you won’t get the same amount of anonymity as you do with Mullvad, as email and password combos are the norm.

Our current all-star as the best VPN overall is a good choice for speeds. It ranks third overall in our download speed tests, retaining more than 53 percent of the base speed in our testing. For uploads, it ranks in the top 20, though the differences in speeds there are much slimmer than in downloads. ExpressVPN is one of the more costly VPNs out there at $100 per year. For that money, however, you get solid speeds, a promise to work with Netflix, split tunneling, and a wide range of device support. The app is also pretty easy to use and there are a wide range of country locations to choose from.

Nord regularly appears at the top of many VPN rankings, and it’s no surprise to see it here. In our tests, NordVPN retained 49 percent of the base speed, which is plenty fast. It’s also inside the top 10 for upload speeds. Of all the VPNs here, NordVPN also has to be one of the most feature packed, rivaling ProtonVPN. It supports multi-hop connections, TOR over VPN, ad and tracker blocking at the server level, and a variety of other options.

What to look for in a VPN

VPNs are a tricky subject. First of all, many security experts often don’t have a very high opinion of VPNs. That’s due in part to shenanigans from early VPN companies, as well as the fact that the entire use of a VPN is based on trust. You have no way of knowing for sure if your service is doing what it says it’s doing, hence the need for trust. VPN companies are going a long way to improve trust with third-party audits and upholding their privacy promises in court.

So how can you put your trust in a VPN? There are a few steps you can take. First, make sure you know who is behind the company. It’s easier to trust a company if you know where they are located and who is running the show. Next, consider VPNs that aren’t in exotic locations half a world away. You can raise objections about the so-called “Fourteen Eyes” all you want, but if you’re using a VPN to access Gmail, Facebook, and Twitter, then far more sensitive information than your browsing history could potentially be exposed under force of law.

Once you’re comfortable with the company providing your service, it’s time to see what kind of information they’re logging from your activity, if any. Some VPNs promise to log nothing, some take minimal data to improve their networks, while others log a surprising amount. Ideally, you want a VPN that logs as little data as possible, especially when it comes to which websites you’re visiting–though if speed is your primary concern, you may be able to forgive HotSpot Shield for collecting the TLDs you visit on an anonymized basis.

Next, you may want to consider how many servers a VPN has. The more servers there are, the less chance of congestion and reduced speeds. It also makes it easier to switch servers in the same country when you need to for viewing Netflix or other needs.

Finally, you want to be a paying customer with a VPN when possible. Free and paid VPNs can have differing privacy policies, and free VPNs often have paltry data limits that aren’t helpful. If you only need a VPN for a limited time, many services have month-to-month commitments at prices ranging from $5 to $10.

Testing is pretty simple. We test the speeds in five countries on a given day, testing each country location three times. These countries are typically the U.S., the UK, Germany, Australia, and Japan, but that can change depending on the locations the VPN offers and if there are any unique testing requirements.

The daily speeds are averaged together to get a daily average speed. We test a total of three days at different times of the day to account for any variation. Then we take the average of each testing day to get an overall average. That overall average is then expressed as a percentage of the base speed. That way the test results provide a sense of how much speed a VPN retains versus hard numbers, which can vary based on internet service providers, routers, and other equipment, time of day, and so on.

After you go down the speed rankings behind HSS and ProtonVPN, the speeds start to group up into tiers pretty quickly within the top 10. ExpressVPN, NordVPN, and Perfect Privacy make up the third tier after the top two leaders. Then Mullvad, Surfeasy, Private Internet Access, Air VPN, and HMA round out the top 10 for download speeds.

The drop-off for upload speeds is much more gradual making any of the services mentioned in the upload section a good choice if this is your primary concern.

Speeds aren’t the only consideration one can have for a VPN, but for many people it’s the primary one. We’ll also be looking soon at the best VPNs for other uses including streaming, torrents, mobile, and more.