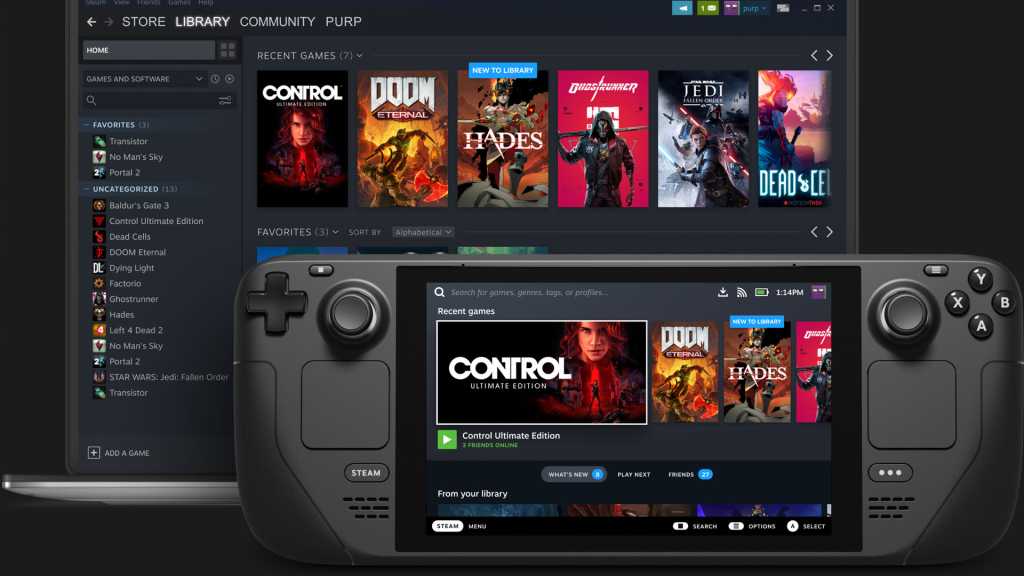 Valve’s portable PC gaming machine, the Steam Deck, is gaining a lot of attention as its official release date draws near. But between its Linux-based Steam OS operating system and its power-efficient AMD parts, players could be forgiven for wondering which high-powered games can actually run on the thing—Valve’s underlying Proton compatibility technology will be key to the Steam Deck’s success. Valve has allowed a few previews of specific titles, but with a lot of Steam users accruing libraries of hundreds of titles, that might be small comfort.

To help alleviate some of the uncertainty, Valve has released a new tool that reaches right into your Steam library to show which games will be playable on the Steam Deck at launch. Simply sign in to Steam on this URL, and it’ll show you which of the titles Valve has tested and verified can run on the portable hardware.

The tool breaks down your library into three sections: games that are “Verified” (work right away with built-in visual settings and controls), “Playable” (may need some adjustment in terms of visual or control settings), and “Unsupported” (games that just won’t work). Each one is appended with the qualifier “currently,” because Valve hasn’t been able to individually test each of the tens of thousands of PC games available on the store.

There’s also a section for “Untested Deck Games,” which looks like it’s going to be the majority of games if you’ve got a large library. In my Steam account with 317 titles, 254 are currently untested. Valve is almost certainly in the process of testing as many games as it can to sort them into the various categories, but they also need to focus on the games with the most current players first.

The tool also doesn’t say which games will be running natively on the Steam OS version of Linux, and which will need to use the Proton compatibility layer to get Windows software running in the environment. Initial testing of this setup using games like Forza Horizon 5 show some definite issues, though most of the 18,000 games on ProtonDB should be at least “playable” based on pre-release review impressions.

The takeaway from the tool is, if you’ve been using Steam for years and you have a large library accrued (as tons of PC gamers do), you’ll certainly be able to find at least something to play on the Steam Deck. If you’re iffy on whether the relatively cheap hardware is worth it, take a gander at the tool to see which of your favorite games are appearing in the “Verified” column. That’ll let you know whether to order one before it releases next week… though it’ll be several months before orders placed today start shipping, of course.