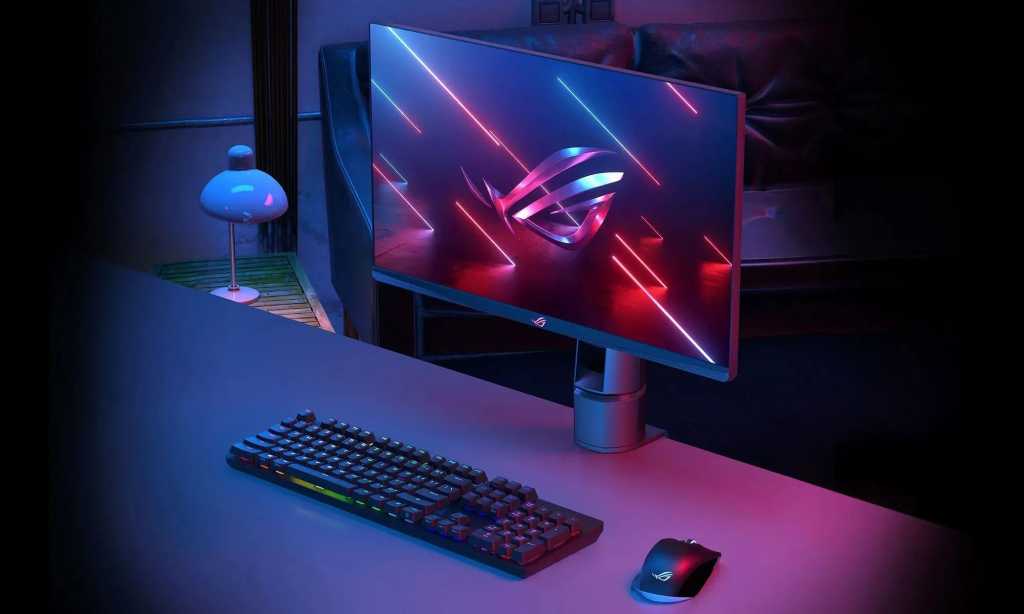 AMD’s FreeSync and Nvidia’s G-Sync are must-have features for PC enthusiasts. Each syncs the refresh rate of compatible displays with your graphics card‘s frame rate, providing perfectly smooth motion in most situations. The tech has even come to televisions like (most of) LG’s OLED line.

In most cases, PC enthusiasts use FreeSync and G-Sync over a traditional video connection like DisplayPort or HDMI. But what about USB-C? The USB standard is capable of carrying video to a display, and USB-C hub monitors are now a great alternative to a display paired with an external dock or hub. Is USB-C compatible with FreeSync and G-Sync?

The short answer? Yes, USB-C is compatible with AMD FreeSync and Nvidia G-Sync. As is often true with USB, though, there’s more to it than that.

USB-C devices that carry video do it with DisplayPort Alternate Mode. This carries a DisplayPort video signal over USB and works like any other DisplayPort connection. It adheres to the same standards and offers the same features.

Does AMD FreeSync work over USB-C?

AMD FreeSync is basically VESA Adaptive Sync by another name, and Adaptive Sync is an optional part of the DisplayPort standard. That means a FreeSync display with a USB-C port that has DisplayPort Alternate Mode can easily support FreeSync over USB-C.

The benefit of FreeSync is its broad compatibility. FreeSync’s tie to Adaptive Sync means you’ll find it supported on hundreds of monitors, including inexpensive displays meant for office use rather than entertainment.

AMD supports USB-C on some of its current desktop graphics card line-up, such as the Radeon RX 6800 XT and RX 6900 XT.

Does G-Sync work over USB-C?

Yes, Nvidia G-Sync will work over USB-C – though there’s a couple extra details to consider.

Not all versions of G-Sync are the same. G-Sync Ultimate and G-Sync displays have an additional proprietary module inside the display that syncs with an Nvidia graphics solution.

G-Sync Compatible, the more recent and by far most common form of G-Sync, is different. Like AMD FreeSync, G-Sync Compatible piggybacks on the Adaptive Sync specification. A handful of G-Sync Compatible monitors, like the Gigabyte M32U, have USB-C and DisplayPort Alternate Mode. These should support G-Sync over USB-C without issue.

Nvidia doesn’t offer USB-C in its current graphics card line. The GeForce RTX 20-series had USB-C, but Nvidia took a step back from the feature for the 30-series.

Intel added VESA Adaptive Sync support to its integrated graphics with the Intel 10th-gen Core “G” series processors. Intel’s Adaptive Sync works over DisplayPort which, as with FreeSync and G-Sync, should not be a problem.

I reached out to Intel about this issue and will update if the company provides a response. Update: An Intel representative replied to a request for comment by verifying that “Intel Adaptive Sync is supported for displays connected over Type-C and Thunderbolt using DisplayPort Alternate Mode or DisplayPort tunneled mode.” Intel graphics solutions that support Adaptive Sync should work with displays that support Adaptive Sync when connected over USB-C or Thunderbolt.

The technical foundation of USB-C’s DisplayPort Alternate Mode can handle AMD FreeSync and Nvidia G-Sync, but you may have a hard time finding a USB-C monitor with official support.

Why? It comes down to marketing.

PC gamers, the group that cares most about Adaptive Sync, tends to stick with standard, full-size DisplayPort. Most desktop graphics cards don’t even have USB-C.

This is changing. Adaptive Sync is not difficult to implement, so more and more monitors are adding support. For now, however, you’ll have to keep a close eye on the specifications.

Bringing it all together

Here’s the basics. You need all of the following to use FreeSync or G-Sync over USB-C.

I’d also recommend sticking to a direct connection between your PC and the display. That means no splitters, hubs, or adapters.

Editor’s note: This article originally published on March 1, 2022, but was updated to include comment from Intel.