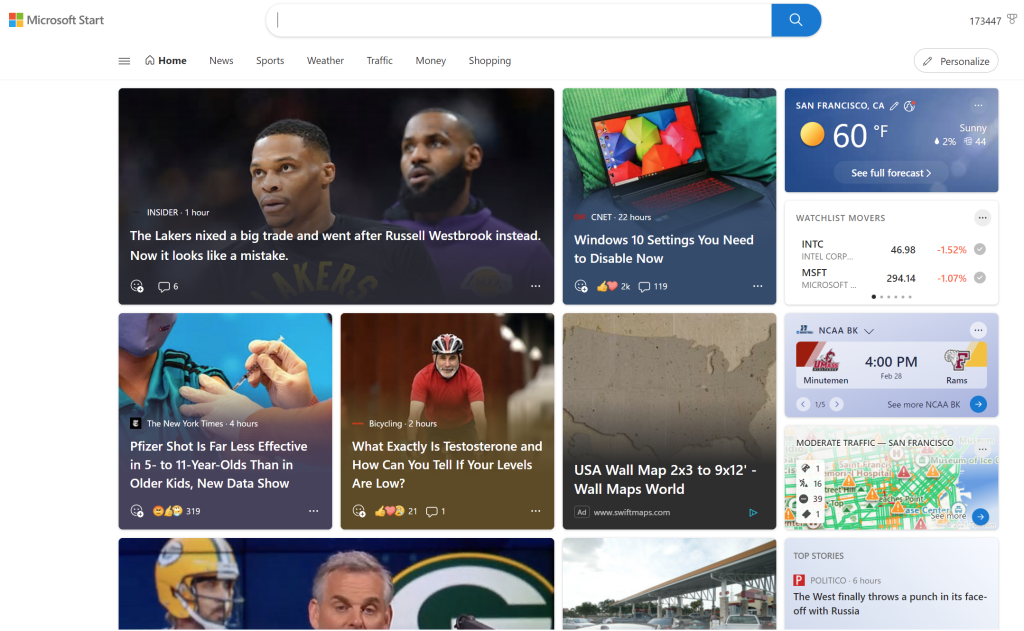 Microsoft has chosen to “avoid the spread of disinformation” by de-ranking Russian state-sponsored sites Russia Today and Sputnik from the company’s Bing search results. In a post authored by president and chairman Brad Smith, the company said that it was taking action on both fronts in response to the conflict in Ukraine

Consumers will see the most high-profile reaction in the Microsoft Bing search engine, which has less than 6 percent market share in the United States, according to Statcounter. Here, Microsoft said that they would refuse to display content authored by Sputnik and Russia Today on the Start app. They’re going to remove the RT app from the Microsoft Store as well. Start is part of the news found within the Widgets apps on Windows 11 and News & Interests on Windows 10. Start also has its own dedicated news page.

“We are moving swiftly to take new steps to reduce the exposure of Russian state propaganda as well to ensure our own platforms do not inadvertently fund these operations,” Microsoft’s Smith wrote. “In accordance with the EU’s recent decision, the Microsoft Start platform (including MSN.com) will not display any state-sponsored RT and Sputnik content. We are removing RT news apps from our Windows app store and further de-ranking these sites’ search results on Bing so that it will only return RT and Sputnik links when a user clearly intends to navigate to those pages. Finally, we are banning all advertisements from RT and Sputnik across our ad network and will not place any ads from our ad network on these sites.”

It’s unclear what Microsoft can do to prevent the spread of misinformation across social networks, which the company doesn’t own. However, they said they’re trying. “The past few days have seen kinetic warfare accompanied with a well-orchestrated battle ongoing in the information ecosystem where the ammunition is disinformation, undermining truth and sowing seeds of discord and distrust,” Smith wrote. “This requires decisive efforts across the tech sector – both individually by companies and in partnership with others – as well as with governments, academia and civil society.”

Behind the scenes, Microsoft said they were also acting to block the spread of malware, which they first identified soon after the conflict began.

“We immediately advised the Ukrainian government about the situation, including our identification of the use of a new malware package (which we denominated FoxBlade), and provided technical advice on steps to prevent the malware’s success,” Smith wrote. Within three hours of this discovery, signatures to detect this new exploit had been written and added to our Defender anti-malware service, helping to defend against this new threat. “In recent days, we have provided threat intelligence and defensive suggestions to Ukrainian officials regarding attacks on a range of targets, including Ukrainian military institutions and manufacturers and several other Ukrainian government agencies. This work is ongoing.”