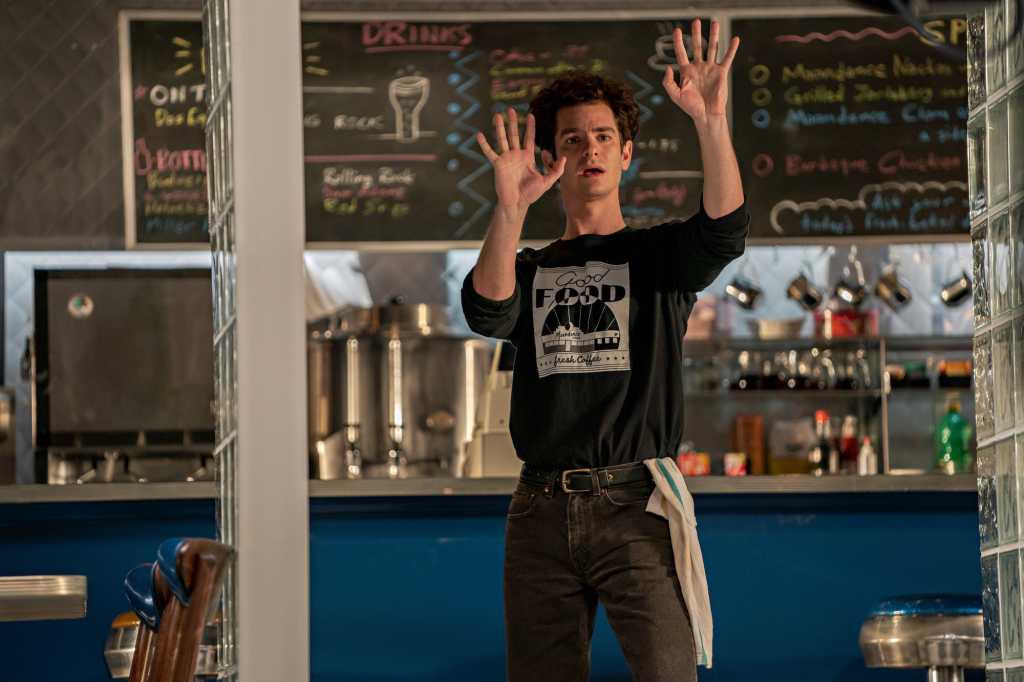 While many people use VPNs to increase their privacy and security online, they can also be used to bypass region locks to access streaming content in different countries. It’s true that it can be a bit of a cat-and-mouse game between streaming services and VPN providers to continually provide access to their content, but it’s still entirely possible with the right VPN. That’s why choosing your VPN carefully is essential in order to stream when outside the country.

Given the restrictions by services such as Netflix’s towards VPNs, you need to choose a service that has active compatibility with that streaming site. This can provide some assurance that the VPN is committed to adapting its strategies in accordance with any access restriction updates by these websites. Also, its a good idea to choose a VPN with good overall server spread so that if one server is down in the country you are trying to access, there are other options available as well. The PCWorld staff have thoroughly tested the top VPNs on the market for their ability to bypass region locks across multiple servers and we’ve curated our favorites in the list below.

We highly recommend that you use a VPN not only to access location restricted content, but also to provide one of the best upgrades to your online security. So, if you’re looking to use your VPN for more than streaming, be sure to check out our comprehensive roundup of the best VPNs in all categories.

Updated 01/23/2023: Check out our latest review of IPVanish. With a confirmed no-log policy and updates to its server spread and speed, IPVanish has upped its game. While there may be other services that offer more reliable connections to geo-blocked content, IPVanish is still a solid choice.

For our money, the best option for streaming Netflix is NordVPN. This company has been challenging the Netflix VPN ban from the start. It’s also had a goal of making all of its servers work with the streaming service. As of this writing, this is the case. No matter which Netflix catalog you want, NordVPN promises to deliver it.

NordVPN has more than 5,000 servers and offers locations in 60 countries around the world. It also allows you to choose your specific server so that you can switch around if you need to when Netflix’s ban hammer comes down.

In addition to top-notch speeds, and Netflix compatibility, NordVPN offers double-hop connections, and VPN over TOR. NordVPN also uses the WireGuard protocol by default, though it has made some modifications to make WireGuard friendlier and more private for commercial VPN services and thus calls its protocol NordLynx.

NordVPN is inside our top 10 for best speeds overall, and it should have no trouble streaming Netflix anywhere in the world.

If NordVPN isn’t your style, our top VPN overall, ExpressVPN, is also an excellent choice. ExpressVPN offers more than 3,000 servers in 95 countries. It also promises that Netflix will work with every server it has, and ExpressVPN offers good speeds. Express is on the pricier side at nearly $100 per year, compared to $60 for Nord. But the app is easy to use, the speeds are excellent, and it offers some nice extras such as a private DNS service that lets you set up an Apple TV or console for watching U.S. streaming services overseas.

3. ProtonVPN – Best for watching Netflix on a Mac

Another good recommendation is ProtonVPN, which is available at a similar price to ExpressVPN. Unlike NordVPN, however, Netflix doesn’t work on every single Netflix server. It works on a lot of the more than 1,500 servers, but not every single one. The one issue with Proton is that it can have trouble from time to time, where a stream will suddenly stop, especially if you’re watching while you work on the same PC.

Surfshark is another VPN that hits our top 10 for speeds, and while the speeds aren’t outstanding—just 35 percent of the base speed in our last tests—Surfshark is plenty fast enough for Netflix streaming. This service is compatible with Netflix, it has ad- and malware-blocking features, double-hop connections, and, surprisingly, it offers unlimited simultaneous device connections as opposed to the usual five-device limit with most VPNs. The Surfshark app for Windows is also pretty easy to use.

Why does Netflix block VPNs?

As we mentioned earlier, Netflix’s big expansion into pretty much every country on earth back in 2016 meant it had to get tough on VPNs. While Netflix produces a lot of its own content that it can make available worldwide, the company also licenses a ton of content from traditional entertainment studios.

These third parties are still working on a system of global territory licensing. Under this system, Netflix gets a package of movies and TV shows from these companies that it can show in the U.S., but that aren’t licensed to be shown by Netflix in, say, Europe. To keep those companies and their other international licensees happy, Netflix must enforce a block on VPNs to prevent people from getting content made available to Netflix subscribers in the UK, but not the U.S.

“We are making progress in licensing content across the world,” Netflix said in a 2016 blog post. “But we have a ways to go before we can offer people the same films and TV series everywhere.”

Netflix isn’t the only company that has to enforce these restrictions. Amazon Prime Video, Hulu, and others do it too. However, Netflix along with Hulu are easily the most active and effective at it.

We’ve already covered this in brief, but let’s quickly deal with what you should be looking for in a Netflix VPN. First, most people should not make speed the top consideration. The minimum recommended bandwidth for a 1080p Netflix stream is 5 megabits per second (Mbps). If you’re streaming in 4K it’s 15Mbps. That’s nothing, and nearly all the top VPNs hit those speeds quite easily in most places.

Instead, the first consideration should be the basic promise of Netflix compatibility from a reputable company. That’s the rub. Any old VPN can promise Netflix compatibility, but if there aren’t a lot of reviews about the service it may not be the real deal. Stick to well-known VPN services if you can.

Next, you need to consider how many servers are available for the service–especially the number in your target country. If you want Netflix Australia and the VPN only has two Australian servers, that could be a problem. Most of the popular VPN services list their server networks online that show you how many servers are in each country.

Finally, make sure the VPN’s desktop app (and don’t forget about mobile) allows you to choose specific servers. Since this is a cat-and-mouse game you need a service with a number of servers in your desired Netflix country. That way if one server has been discovered by Netflix, it’s possible the others are still working. Often, just switching servers is enough to keep watching, and sometimes even simply reconnecting to the same server is enough to fix streaming issues. That’s the one word of warning we’d offer to anyone looking to play the international Netflix game. You will have to get used to occasional interruptions. Sometimes this can mean access to U.S. Netflix from overseas is blocked on a particular VPN entirely, though this often only lasts a day or two. Slightly more frequent interruptions may happen, where the stream will just stop. The fix for this is often just switching servers.

Finally, after all of that, consider speeds. Speeds for countries in North America and Europe are usually solid in the major VPN services. Australia and Asia can vary wildly, however. Any of our recommendations in this article will give you the speeds you need in those areas of the world.

We only test on days that the wired internet connection hits 80Mbps or more. During the daily test we measure the speeds of five different locations around the world, running the test three times in each location and taking the average speed of each country for the day, and then we average those speeds again to get an overall daily average. Our countries are typically, but not always, the U.S., UK, Germany, Australia, and Japan.

The reason we don’t bother with printing hard numbers as a rule is that experiences in hard numbers can vary wildly. It all depends on the speed of your internet connection, the time of day, and even device types can have an impact. For that reason we feel that percentages, which can show how much speed you can expect to lose on a given service, is a more useful indicator.

Netflix is an excellent service, and while the company doesn’t like you to use VPNs, we’ve never heard of anyone being penalized because of it. Just choose your preferred VPN service wisely and you’ll be good to go.

A VPN (Virtual private network) encrypts your internet traffic and disguises your identity while browsing the internet. When used for streaming Netflix, a VPN will reroute your traffic from your location outside the U.S. to their own server within the country masking your true location and allowing you to bypass Netflix’s region locks.

Additionally, VPNs anonymize your internet traffic and keep your ISP from potentially snooping on your browsing.

Yes! In most countries, including the United States, using a VPN is legal. Some websites such as Netflix might try to block VPN connections due to their own personal restrictions, but they are still perfectly fine to use. Please note, while using a VPN is legal, some of the activities done while using a VPN might be illegal. Activities such as downloading pirated copyrighted content or accessing dark web markets are both illegal with and without a VPN.

In short, yes, a VPN can have an effect on your internet speeds. But nowadays it’s the exception rather than the norm.

While connected to a VPN, your traffic is rerouted through the VPN provider’s own servers. Depending on where these servers are located, it can add extra distance for your traffic to travel to and from, slowing your speeds down a bit. Also, VPNs encrypt your data which can lead to slower download and upload speeds due to the time it takes to encrypt and decrypt your data. This can have a more significant impact on speeds and it can affect everything from page load times to video buffering speeds. Thankfully, modern VPN providers have taken advantage of advances in encryption technology and server optimization to drastically reduce these impacts.

Do VPNs track my browsing or store my data?

This is entirely up to the VPN provider you choose to use. There have been instances in the past of VPN providers collecting data on their users. However, these were mainly free VPN services with no explicit “no-logging” policies.

When searching for a VPN, be careful to check the company’s website for a “no-logging” policy, third-party trust verification, and trustworthy user reviews. Thankfully, most of the major paid VPNs have clearly stated “no-logging” policies, so it’s typically best to stick with one of them if you have concerns.

Interested in using your VPN for more than just streaming Netflix, check out some of our other best VPN roundups to learn more: