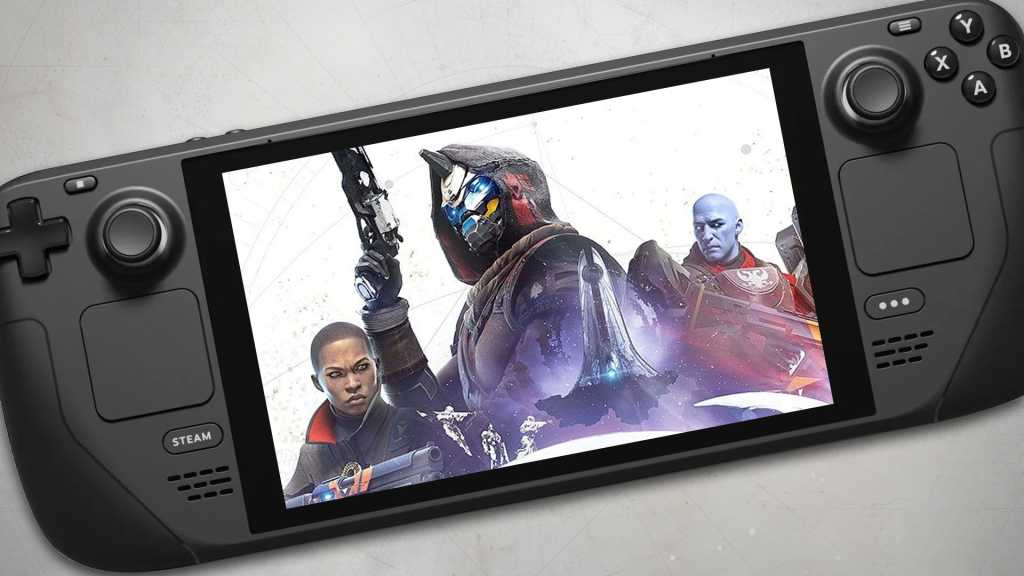 The Steam Deck runs Valve’s SteamOS, a gaming-focused Linx-based operating system. But it’s also designed to run the vast majority of PC games, including those made for Windows, with the help of its WINE-style Proton compatibility layer. According to the company’s initial testing, about 80-90 percent of games on Steam can be played on the Steam Deck. So why is it that Bungie has declared that it will ban anyone playing its online shooter Destiny 2 on the Steam Deck?

The answer is a bit nebulous right now. As spotted by GamesRadar, Bungie’s text on its Destiny 2 support page makes it extremely clear that the company doesn’t want people playing the game on the Steam Deck, at least natively. Even trying to do so will get you a ban.

Destiny 2 is not supported for play on the Steam Deck or on any system utilizing Steam Play’s Proton unless Windows is installed and running.  Players who attempt to launch Destiny 2 on the Steam Deck through SteamOS or Proton will be unable to enter the game and will be returned to their game library after a short time.

Players who are not accessing Destiny 2 through Windows and attempt to bypass the SteamOS/Proton incompatibility will be met with a game ban.

There’s no technical reason for this given — the Steam Deck’s AMD-based hardware should be more than enough to run the game, if not completely optimized. On the Destiny 2 subreddit, some players theorize that launching Destiny 2 on SteamOS might make it difficult or impossible to implement the multiplayer game’s anti-cheat systems. That’s as good an explanation as any, though other games that use Steam as a distribution system don’t seem to have this issue.

PCWorld has reached out to Bungie for an explanation of this limitation, but we have yet to receive a response.

Whatever the reason, Bungie’s warning is stark and leaves no wiggle room: Try to play Destiny 2 on the Steam Deck’s native operating system and you might have to say goodbye to your hard-earned Guardian characters and all their gear. Considering how picky online multiplayer games can be, we might see similar moves from other developers. Epic has already said it’s not interested in making a Linux version of Fortnite for the Steam Deck.

That isn’t to say it’s impossible to play Destiny 2, or other problematic Windows-only games, on the Steam Deck. As Bungie itself points out, you can load up Windows on the machine and play Destiny via the standard Steam installation, though that’s probably going to result in a severe hit to your performance and battery life. You can also get around the problem with streaming: Destiny 2 is available to play on both GeForce Now and Stadia, both of which work on the Steam Deck via browser interfaces. You could also lean on the power of your current gaming PC (if you have one) and stream the game via Steam Remote Play.