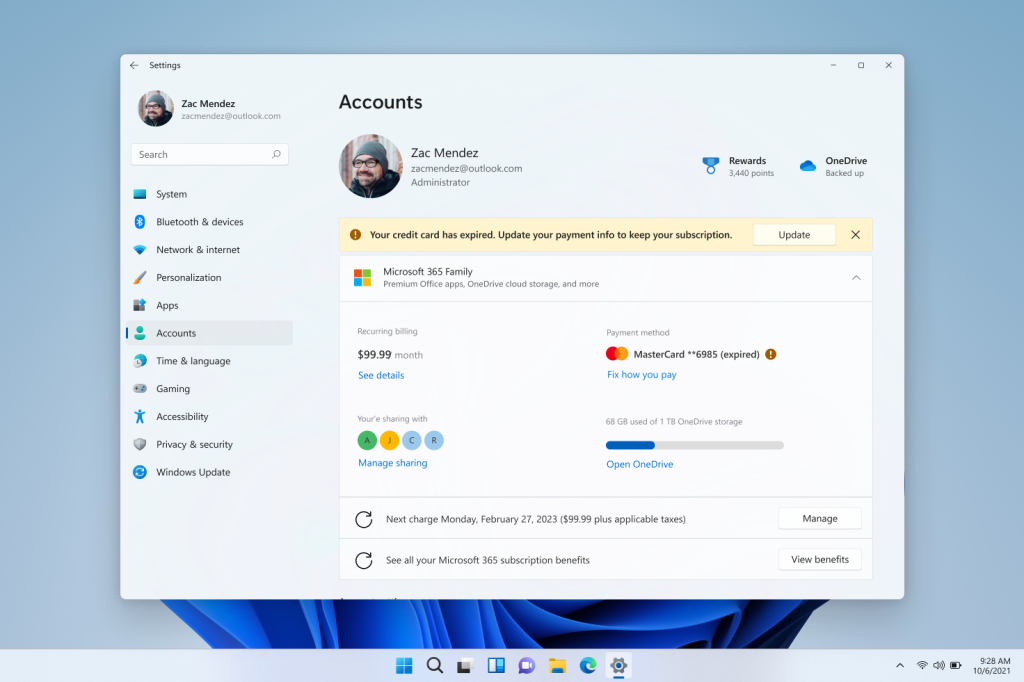 Microsoft’s latest Windows 11 test build is another substantial one, adding two important features: payment information, and a new security feature called Smart App Control that will watch over new apps and games that you add to your PC.

Microsoft released Windows 11 Insider Preview Build 22567 for the Dev Channel on Wednesday with other changes, too–including a tweak to Windows Update, so that now you can configure your PC to turn on an update when renewable energy is at its most plentiful. (Remember, code that Microsoft tests within the Dev Channel may make its way to your PC eventually–or not.)

Asking for credit-card information within Windows isn’t that startling, as you’ve probably already entered payment information into the Microsoft ecosystem either for buying apps or movies on the Microsoft Store app or for making similar purchases via your Xbox. Still, those transactions are normally performed via your Microsoft Account web page, which manages all of that online and behind the scenes. (You can reach them via the Windows 11 Settings > Accounts > Your Microsoft account.)

Microsoft considers the additional credit-card info as part of the subscription option it added last month. Now, if your subscription risks falling through because of an expired credit card, Microsoft will alert you. Conceptually, however, it implies that your PC is as much a tool to make purchases as it is to simply work and game.

Microsoft also said that it’s making the subscription info a bit more prominent, and reiterated that you’ll see more changes arriving, too. Those are being handled by the Online Service Experience Packs that Microsoft has discussed before.

Another interesting addition is what Microsoft calls Smart App Control, or SAC. Microsoft describes it as a “new security feature for Windows 11 that blocks untrusted or potentially dangerous applications.”

What those applications are, apparently, is up to Microsoft. And yes, there’s always a concern that SAC would flag otherwise innocuous applications that it simply hasn’t seen before. But Microsoft is gently easing SAC onto your PC. For one thing, you’ll need to perform a clean install to enable it. For another, SAC won’t immediately insert itself.

Microsoft is also changing the behavior of Windows Update if your PC meets a certain scenario. Windows Update will now try to update your PC when clean energy is more commonly available, if your PC is plugged in and regional carbon intensity data is available from Microsoft’s partners electricityMap or WattTime. While you can always click the “Update now” button to immediately update, it’s not clear what will happen for those who prefer that updates occur overnight.