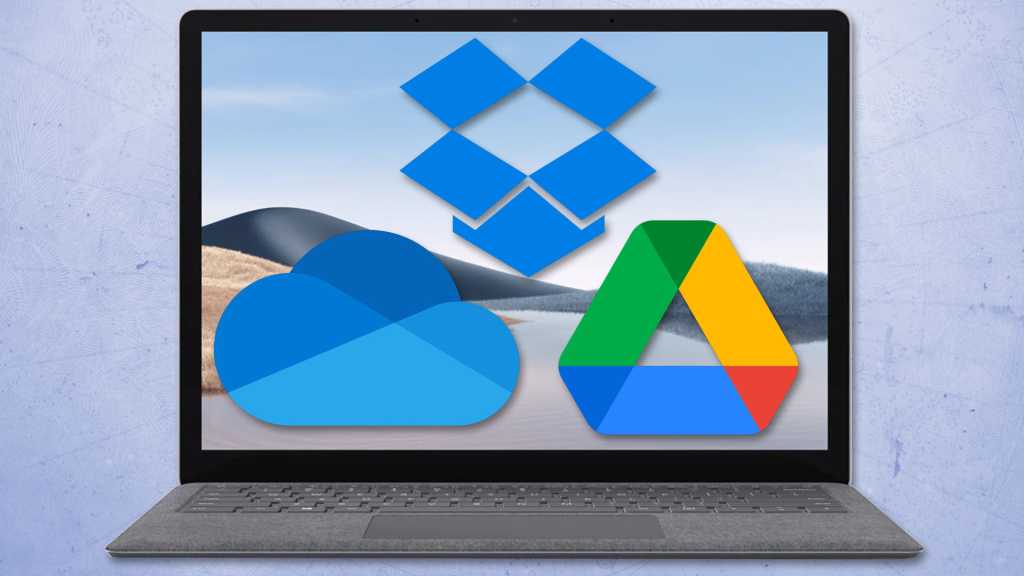 Cloud storage is a big business, and it’s being made by sold of the same corporations that make components of the laptops being sold on store shelves all over the world. So it makes sense that “free” cloud storage is being given away with the purchase of new PCs. But exercise a smidgen of caution before you load up a hundred gigs or so of cloud space with essential documents or precious memories. Unlike the soupçon of free storage given away with new accounts at places like OneDrive, Dropbox, or Google Drive, the larger freebies associated with a new laptop purchase have a time limit.

This concept will be familiar to anyone who’s ever accepted a free trial for something like Norton Antivirus after booting up a new laptop for the first time. After a year or so, the freebies disappear unless you open up your wallet. But while antivirus software is somewhat redundant on modern machines (built-in solutions like Windows Security are good enough for many people!), cloud storage is so useful and so in-demand that more users will be caught in a lurch if they use it for a period of time and aren’t ready to pay up.

Here’s a short breakdown of the larger cloud storage providers and which ones will give you freebies for buying a new machine.

Dropbox — Dropbox doesn’t have hard and fast promotions in place at all times, but will infrequently offer boosted storage on accounts when you sign in from a new laptop from a promotional partner. In the past these have included Asus, Acer, Dell, HP, and Lenovo. Depending on which vendor you bought from and when, the free boost to your storage may have been anywhere from 20 to 100 gigabytes — a pretty huge increase over the standard 2GB of space on a free account. All of these promotions have been for one year after registering.

OneDrive — Microsoft has given away temporary 100GB OneDrive storage boosts by logging in on Samsung-branded smartphones, and 200GB on some Surface hardware purchases. OneDrive also automatically gives an impressive one terabyte storage boost to any user who’s subscribed to Microsoft 365. This free boost disappears if you stop paying, becoming inaccessible at the end of the monthly billing cycle.

Google Drive/Google One — Google typically offers a 100GB Google One (Google Drive) upgrade to anyone who purchases a new Chromebook or other Chrome OS-powered machine, ending after one year. Previously, buyers of Pixel-branded Android phones could also get unlimited full-quality photo backups in Google Photos. Google Drive offers an unusually roomy 15GB of free storage for all users, no purchases necessary.

Other cloud storage companies may have offered similar deals for new purchases of computers and phones, but they all generally follow the same format.

What happens when you stop paying for cloud storage?

If you decline to subscribe to cloud storage after the initial free period (or you cancel the subscription before you’re charged for it), it’s not the end of the world. Typically the service won’t delete your files immediately — after all, they want you to pay to access them. The different cloud storage companies have different terms on what you’re allowed to do with storage in excess of your paid tier.

Dropbox — Once your storage limit is exceeded or your subscription ends, Dropbox keeps your files on its servers, in addition to backups of deleted files for 30 days. While you can access and download any files already uploaded, you cannot upload new files, and Dropbox will not automatically sync files to your Dropbox folders or apps.

OneDrive — Microsoft’s a little more strict when it comes to OneDrive. When you end a subscription or a free trial offer and still have files in excess of the new storage limit, your OneDrive account becomes “frozen,” and you won’t be able to access any of them. You can log in to OneDrive to temporarily “unfreeze” it, after which you get a 30-day grace period to download any or all files on the account. After 30 days, if your files still exceed the 5GB free storage limit, your account may be deleted and all files within it discarded.

Google Drive — If you have more than your limit for storage in Google Drive (and Google One), or you allow a temporary boost to expire, you can no longer upload new files via Google Drive or Google Photos. Perhaps more alarmingly, you also won’t be able to send or receive email in the associated Gmail account, or create or share new documents in Google Docs, Sheets, Slides, and associated tools. You can alleviate this by logging in to Google Drive and deleting files until you’re once again below the limit. Google gives users a two-year grace period for accounts over their storage quota, after which their data may be deleted.

All that said, it’s not as if these services are doing anything underhanded… they’re just hoping that you’ll get so used to the convenience of their always-on, accessible from anywhere systems that you feel like paying after a year or so. And for a lot of people, it’s worth the money! But with so many different services on offer and so many different tools between them, you might want to shop around instead of sticking with whichever one gave you a freebie with your new machine.