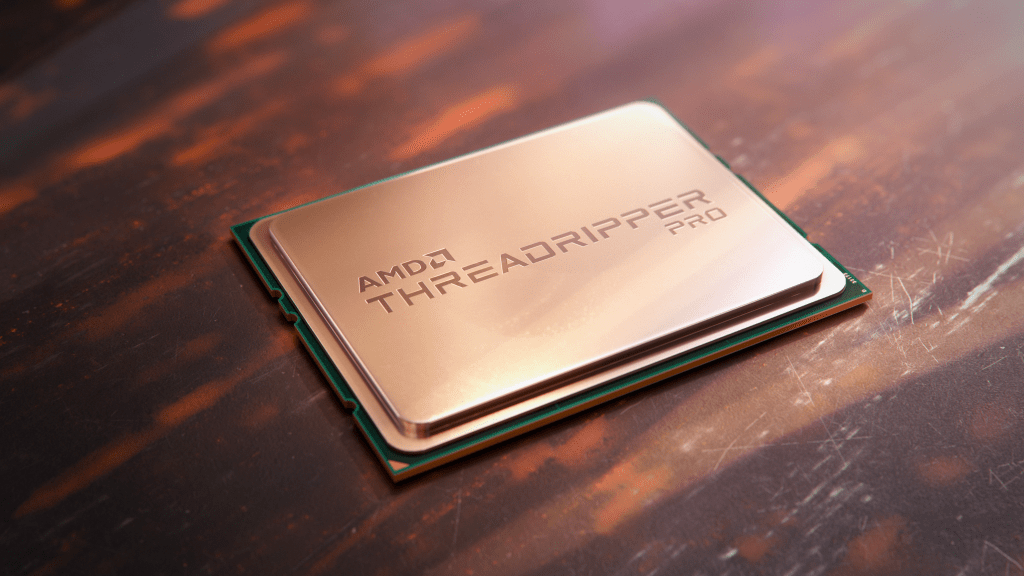 AMD looks to again turn the screws on Intel’s Xeon chips with a new Ryzen Threadripper Pro 5000-series of workstation CPUs that it claims will be far more efficient and faster than Intel’s best.

Built on the same Zen 3 cores as its award-winning Ryzen 5000 desktop CPUs, the long-awaited Threadripper Pro chips will come in five different flavors, ranging from 12 cores to 64 cores, the company said. The Pro-series of CPUs continue to offer 8-channel DDR4 support as the previous 3000-series has.

New to the lineup is a 24-core Threadripper Pro that wasn’t available in the previous 3000-based offerings. The big news is the move from the previous Zen 2-based cores to the latest Zen 3 cores.

Those cores feature the same base 8-core CCD structure as the previous design, wherein eight cores cores share 32MB of cache versus the previous 4-core CCD design that shared 16MB among the compute cores. The good news is that the new Ryzen Threadripper Pro chips still dominate the competition, AMD claims, and it’s not like the older Threadripper Pro needed much help either. Unlike desktop and laptop PCs, where Intel has fielded its newest 12th-gen CPUs using its Golden Cove performance cores, Intel’s workstation CPUs continue to be built on the Sunny Cove cores Intel originally released in its 10th-gen Ice Lake laptop CPUs.

Although built on a 10nm process, the 10th-gen Ice Lake did improve upon the even older 14nm CPUs but was hampered by a low ceiling in clock speeds. Combine the relatively low clock speed of Intel’s top Xeon W-3375 and a relatively low count of 38-cores, and you get Threadripper Pro 5000 easily dunking on Intel’s CPUs like it’s 2021 all over again.

It’s been so ugly for Intel in workstations the last few years that AMD is citing a commanding 60 percent market share for workstations. That’s a reversal from AMD’s experience in the consumer market, where despite the company’s impressive strides in consumer desktops and laptops, it still has minority marketshare. AMD said its success in workstations has lead companies to actually optimize software for Threadripper, which has boosted its performance over Xeon even more. For example, in Ansys mechanical simulation, optimized performance has lead to a 2.3x performance improvement, while Autodesk’s Arnold delivered a 200x—not 200 percent—bump using the same CPU and GPU.

AMD, in fact, continues to tout that a single 64-core Threadripper Pro 5995WX can outperform not one Intel Xeon Platinum 8280, but two of them, while also offering better power efficiency.

Not everyone needs eight channels of DDR4 though, so if you’re wondering where the more pedestrian Threadripper and its 4-channel DDR4 is, AMD isn’t saying. Today’s launch is strictly focused on the Threadripper Pro lineup—the future of the Threadripper for the rest of us is remains cloudy. One question that’s overlooked in speculation about a more affordable Threadripper, is that there may simply be no demand for it.

Those who really need 32 cores or 64 cores likely also need a crazy amount of RAM and a crazy amount of memory bandwidth too, so it could just be difficult for AMD to justify investing in “plain-old” Threadripper chips for such a niche audience.