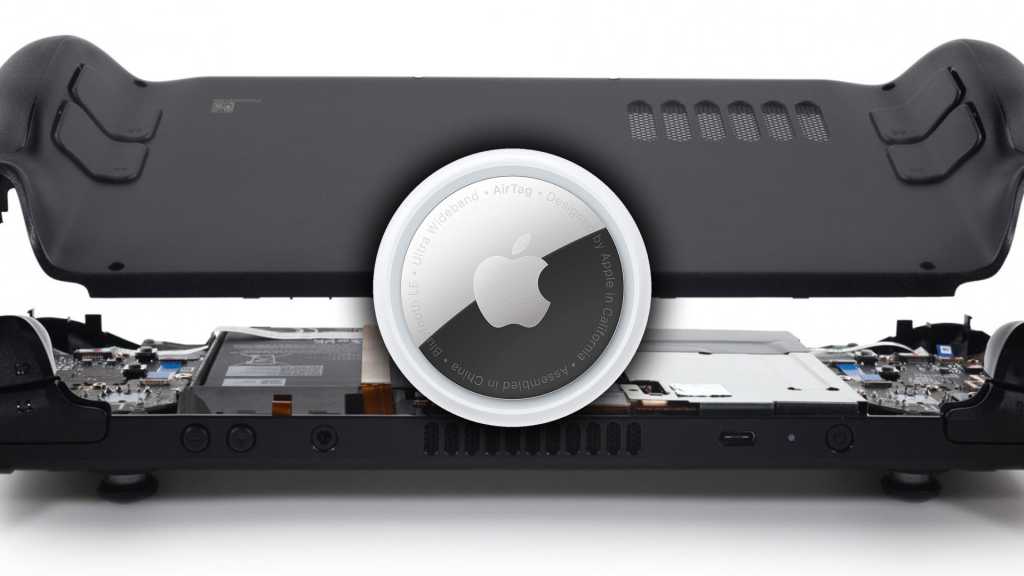 Valve’s repair-friendly approach to the Steam Deck has turned a few heads. In a time when it practically takes a technician to even open a smartphone without risking permanent damage, seeing a portable game machine that actually invites both user access and modification is a breath of fresh air. But even Valve probably didn’t anticipate what one Reddit poster did: Shove a piece of Apple hardware inside the case with zero modification, and have it work just fine.

To be fair, that Apple hardware is the AirTag, a tiny Tile-style Bluetooth item tracker, and its functionality is more or less just to sit there and let your phone find it. But that’s enough that it makes sense. Anyone who’s ever lost a Game Boy on vacation can speak to the tragedy of a Pokemon collection never to be seen again. Reddit poster mikerfx decided to give the Steam Deck the lost-and-found functionality it lacks by sticking an AirTag inside the Steam Deck’s plastic housing.

There’s apparently enough space inside the machine’s right-side handle groove that it requires no hollowing out or other Dremel-assisted work in order to fit, though mikerfx says they had to be careful to place the AirTag where it wouldn’t interfere with anything on the circuit board. Commenters rightfully pointed out that having exposed metal from another device inside isn’t great, but that can be fixed with a little electrical tape. So there you have it! A $30 tracker and a few minutes with a screwdriver are all you need to make sure you never lose your Steam Deck.

Of course, the Steam Deck is so large (about twice as wide as a standard Xbox controller) that it really wouldn’t be a problem to just stick the AirTag to the outside of the case. And since the hardware already has Wi-Fi and Bluetooth, it’s not as if Valve couldn’t build this kind of functionality into the device itself. But as an easy and mostly harmless first mod, you could do worse.

[ Further reading: I used Apple AirTag to track my wife and kids. Here’s what I learned ]