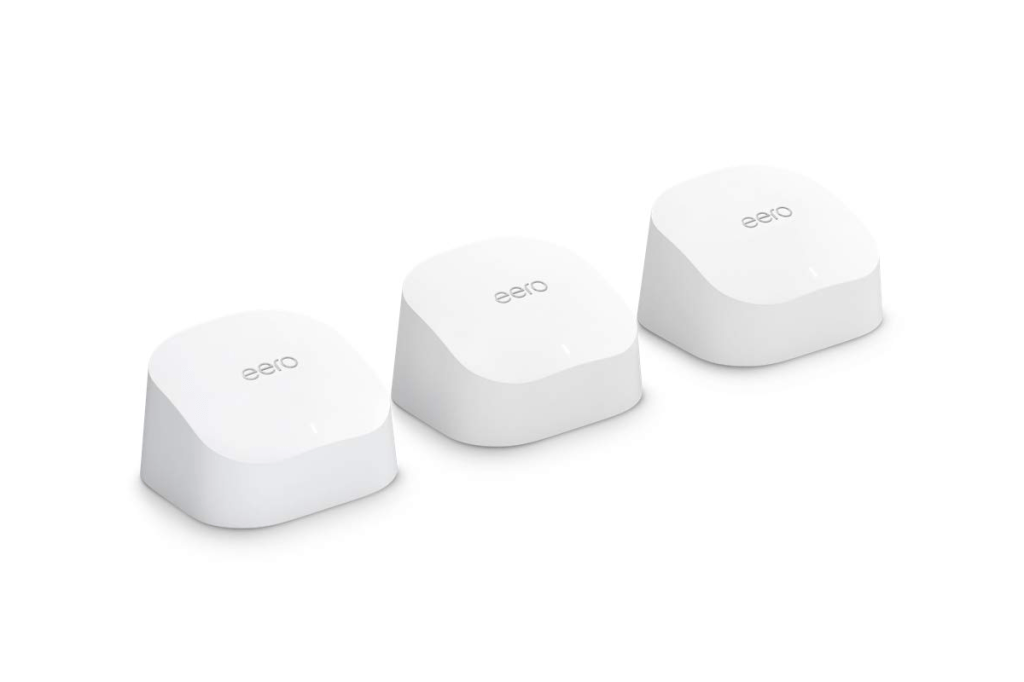 If you’re looking to upgrade your home network for under $200, we’ve got an excellent deal for you. Amazon is selling a three-pack of its Eero 6 dual-band mesh Wi-Fi 6 system for $195. That’s $84 off the usual price.

Mesh Wi-Fi is cool because it creates a single network over a large area and blankets it with a wireless signal. Amazon says the Eero 6 covers up to 5,000 square feet and can support more than 75 devices at once. It’s also a Wi-Fi 6 system and, according to the popular online retailer, it supports speeds of up to 500 megabits per second (Mbps).

Amazon built a Zigbee smart home hub into the Eero 6 system, which makes it easy to integrate with compatible smart home gear. Alexa isn’t built-in, but if you have an Alexa device such an Echo, you can use it to control your Zigbee stuff via the Eero network.

The three-pack includes one base router and two Eero 6 extenders. The router has two Gigabit ports on the back while the extenders do not.

If 5,000 square feet is enough to cover your home, then this system is well worth a look.