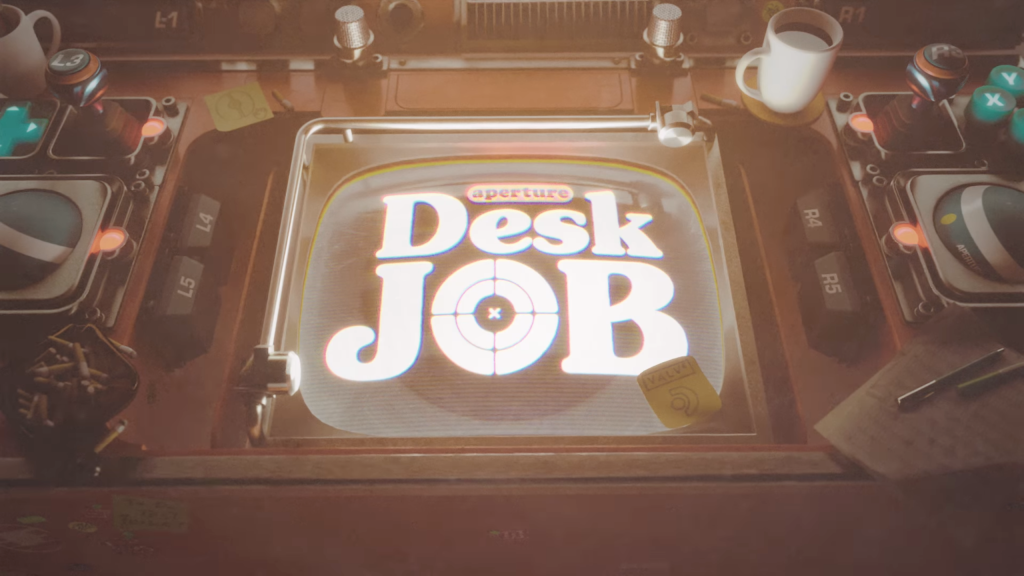 Before you ask, no, Aperture Desk Job is not Portal 3. (Alas.) Valve’s description for its “playable short” is painfully clear on that point. Still, this unexpected return to the Portal universe is fun nonetheless—especially when anyone can get in on it, not just Steam Deck owners.

Well, almost anyone. Or at least a lot of Portal fans. More on that in a second.

This free game puts you in the thick of the action in Aperture Science’s facilities, right behind a desk. (The game’s title is nothing if not straightforward.) But it’s not just any ol’ desk. You work for Aperture, after all. Your job naturally involves testing. And a sentient personality core.

What you’re testing we won’t spoil, but suffice to say that Valve’s clever tutorial for getting accustomed to the Steam Deck’s controls is still plenty entertaining for people mashing on other varieties of controllers. For a game with little to actually accomplish, the mechanics are unapologetically polished. It’s a low-key constant reminder that Portal 3 does not exist yet. Probably on purpose.

The only downside of this 30-minute adventure is its surprisingly robust set of hardware requirements—especially considering it was created for the Steam Deck’s modest, yet capable hardware. Aperture Desk Job’s minimum system requirements are an Intel Core i5-7500 or AMD Ryzen 5 1600 processor, 12GB of system memory, and an Nvidia GTX 1060 or AMD Radeon RX 580 with at least 6GB of VRAM. The game also takes 4GB of storage. And of course, if it wasn’t already clear, you have to have a controller, too. (Sorry to have to deliver this news, mouse-and-keyboard faithful.)

This counts out a lot of PC gamers running systems older or slower than that, but with how short this game is, it’s possible you could borrow someone else’s PC for a half-hour. The game is that enjoyable.