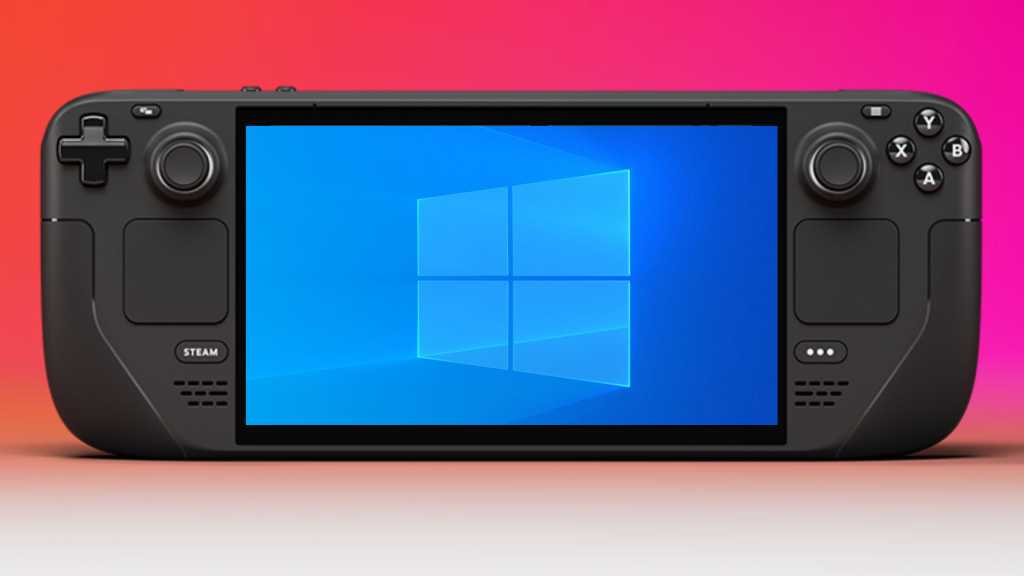 Though the Steam Deck runs a highly-customized version of Valve’s Linux-based SteamOS, and uses it to get some rather amazing gaming performance out of its AMD hardware, the gadget is more than capable of running other operating systems. Naturally, people have wanted to install Windows on the Steam Deck ever since the portable PC’s announcement, and today Valve has officially released drivers for its customized components, making it pretty close to a plug-and-play experience.

There are a couple of caveats. One, it’s Windows 10 or nothing for the moment: Windows 11 will have to wait for a fresh BIOS that Valve hasn’t finished yet. Ditto for dual-booting Windows and SteamOS. Valve is working on an easy wizard to make this possible, but if you want to dual-boot both operating systems right now, you’ll need to roll your own pre-boot solution. And finally, while drivers for the GPU, Wi-Fi, and Bluetooth are reportedly working fine, audio via the Steam Deck’s 3.5mm headphone jack and speakers is a bust. You’ll need to use either Bluetooth or a USB-C-to-headphone jack adapter in order to actually hear your games. That will get fixed at some point in the future.

List of drawbacks aside, it’ll be more than worth it for players who want access to the full selection of Windows-based games, no Proton-powered compatibility layer necessary. It’s also a consideration for games that for whatever reason explicitly don’t support the Steam Deck, like Fortnite and Destiny 2. Just be prepared to see a significant performance drop in the games that Valve has certified for Steam Deck support, and probably a sizable hit to battery life too.