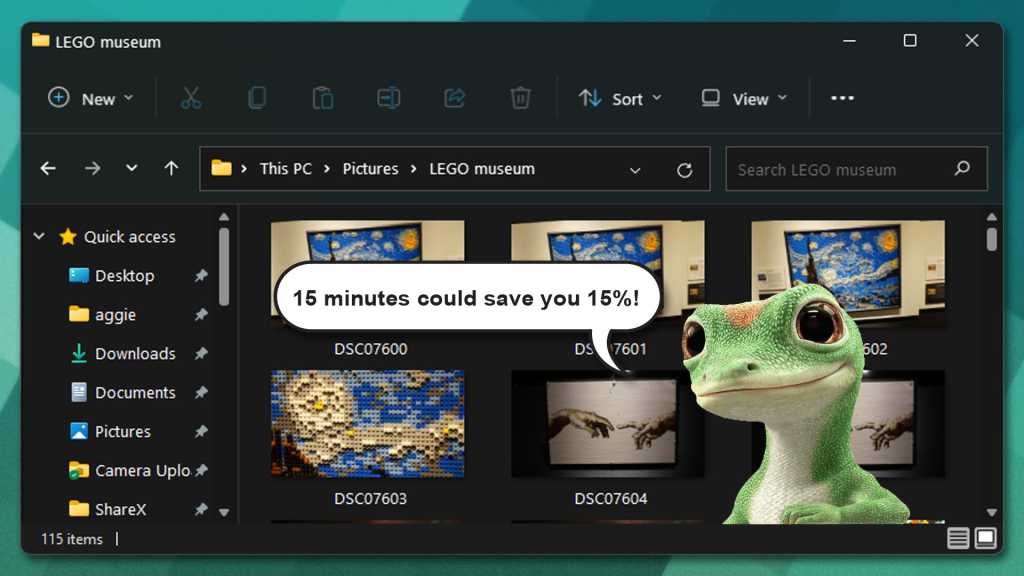 For the last few days there’s been a story making its way around the tech world: Microsoft is putting advertising in File Explorer, the built-in file browser for Windows. It’s based on a tweet showing a preview build of Windows 11, and featuring what’s pretty clearly a banner ad for the paid Microsoft Editor tool. After reaching out to Microsoft directly, PCWorld has been told that while advertising in File Explorer is indeed being worked on, it’s not intended to be seen by the public yet.

The story was broken by Florian B, a well-known Windows tester on Twitter, showing a screenshot of Windows 11 build 22572.

When we reached out to Microsoft’s public relations team, we were given the following statement:

“This was an experimental banner that was not intended to be published externally and was turned off.”

It’s a short message with a bit more to unpack than might be apparent. First of all, you’re unlikely to see advertising in File Explorer in any builds of Windows 11 coming in the immediate future. But it’s worth pointing out that there’s no mention of Microsoft’s plans beyond the current test builds. If the company wants to put advertising in Explorer at a later date, that’s still very much an option.

And it’s not as if it would be an unprecedented move. Windows has been pushing other Microsoft products like Office and Edge for years, including in File Explorer, to say nothing of pack-in products like Candy Crush. The enormous userbase of Windows is a commodity in itself, and Microsoft isn’t above monetizing it in the form of ad-driven sales.

Assuming that advertising banners do come to File Explorer eventually — which, again, is neither confirmed nor denied — power users will certainly take notice. When asked directly if users might be given the option to disable advertising in Explorer, Microsoft representatives gave no specific comment.

Editor’s note: This article was updated to change some “Windows Explorer” references to “File Explorer.”