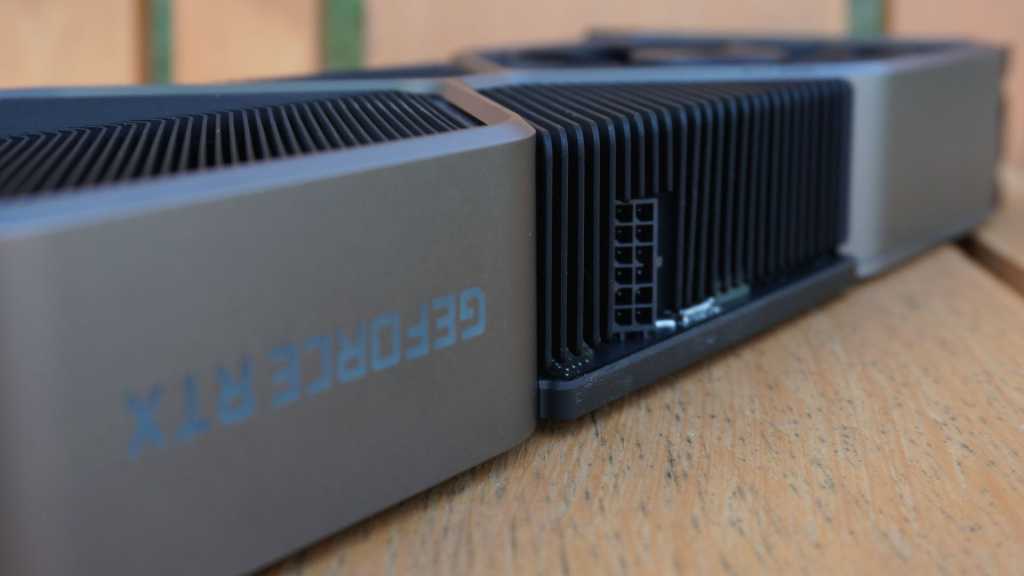 PC power supplies haven’t seen a whole lot of change in the last decade or two. We’ve gotten modular cables for easier routing, smaller standards for itty-bitty builds, and that’s about it. But today Intel has finalized the ATX 3.0 standard, coming soon to a full-sized PC case near you. The biggest addition announced today is a new standardized connection for graphics cards and other PCIe devices, delivering up to 600 watts on a single connector.

Currently graphics cards are in a bit of a power pinch. The maximum throughput for an 8-pin ATX rail is 150 watts, so the biggest and most power-hungry GPUs need to double or even triple up, adding extra space requirements and more complex cable routing inside the case. The new 12-pin 12VHPWR connection should be able to deliver more energy than even the most powerful graphics cards need for the next generation or two. Each pin housing is also physically smaller, with a 3.0mm pitch versus 4.2mm on current power supply rails.

Technically it’s 16 total pins (12+4), with four additional data pins squeezed in beneath the primary power pins. This is to manage DC output voltage regulation and a series of new tools designed to regulate high power output efficiently and safely, all handled intelligently by the power supply. According to Intel, the new 12VHPWR connection will be the standard for “most, if not all” PCIe cards using the 5.0 spec.

Some of Nvidia’s 30-series Founders Edition cards use a “dumb” version of this connection, with 12 primary power pins but lacking the four additional pins. Nvidia includes adapters in the box for double-8-pin power supply rails to more easily conform with current PSUs, but that 12-pin connection should be forward-compatible with the new 12VHPWR rails. They’ll be limited to 450 watts without the extra data pins for power regulation.

ATX 3.0-compliant power supplies and pre-built systems are scheduled to hit the market later in 2022. Based on everything we’ve seen thus far, the next generation of power supplies should be physically compatible with all ATX-standard PC cases, though you may need adapters for pre-ATX12VO motherboards and SATA components. There have been rumors that at least some vendor versions of the forthcoming GeForce RTX 3090 Ti graphics card will feature the new 12+4-pin 12VHPWR connection, but there’s no official word.