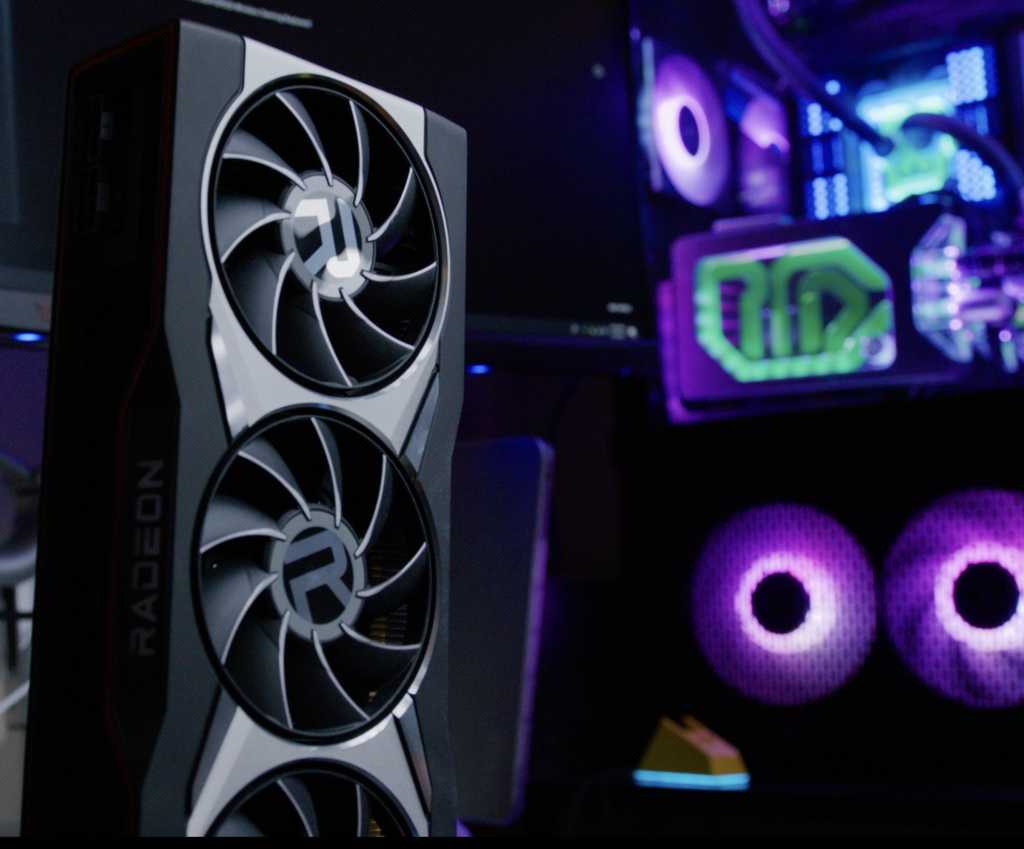 AMD’s FidelityFX Super Resolution took the world by storm when it launched last summer—more than 80 games have already announced support for the performance-boosting upscaling technology, thanks to its easy inclusion and far-reaching hardware support. (It works on Nvidia and Intel GPUs as well as AMD’s Radeon graphics cards.) But while the simple spatial upscaling that FSR provides makes it universally appealing, the lack of temporal data tracking across multiple frames means its visual quality, while good, isn’t quite as good as rival solutions like Nvidia’s DLSS. Enter FSR 2.0.

The company teased FSR 2.0 during the reveal of the game-spanning Radeon Super Resolution technology earlier this month, and on Wednesday, AMD went even deeper into how the second generation of its upscaling technology will work during a presentation to tech-heads at Game Developers Conference (GDC) 2022. While it’s exciting stuff, there are some key differences from the first-gen FSR that PC gamers need to know about.

Rather than spewing out wonky details about Wave64 modes and Cache Blocking, here’s a high-level look at what PC gamers—rather than PC game developers—can expect from FSR 2.0. If you’re interested in more technical deep dives, be sure to check out AMD’s FSR 2.0 blog post and corresponding developer page on the GPU Open website, or simply watch the video above.

While the original FSR will never deliver a better-than-native image quality, AMD says FSR 2.0 can sometimes look better than native rendering, mirroring claims Nvidia makes for DLSS. That’s because its “temporal upscaling uses frame color, depth, and motion vectors in the rendering pipeline and leverages information from past frames to create very high-quality upscaled output,” per AMD. In other words, it’s pulling information from multiple frames to create a cleaner upscaled image than simple spatial upscaling alone can provide, similar to DLSS and Intel’s upcoming XeSS. Like those rivals, FSR 2.0 also provides its own anti-aliasing effect.

The extra technical hurdles mean implementing FSR 2.0 takes a bit more work for developers, though AMD says it should still be fairly simple if a game already supports DLSS or uses the FSR 2.0 plugin for Unreal Engine. In those cases, FSR 2.0 can be added in “less than 3 days,” though other games that haven’t laid plumbing for Motion Vectors can take upwards of a month.

The first-gen FSR came with four different quality presets: Ultra Quality, Quality, Balanced, and Performance. Each one rendered the game internally at a lower given resolution before upscaling the image to your final size (the secret to the performance gains upscaling provides). The higher the quality mode, the higher base resolution FSR starts with. But now there are three primary presets:

FSR 2.0 presets include Quality, Balanced, and Performance. These match the setting names for Nvidia’s DLSS, with a fourth (Ultra Performance) available to developers “who want to include a mode that is designed to offer the ultimate in performance gains while still maintaining an image quality representative of native rendering.”

Like FSR 1.0 (and unlike Radeon Super Resolution), FSR 2.0 remains open software, with the ability to run on graphics cards from rival GPU makers. DLSS only runs on Nvidia’s RTX GPUs, and Intel’s upcoming XeSS—while open—runs best on the company’s Arc graphics cards. That’s because both Nvidia and Intel loaded their GPUs up with dedicated, specialized AI cores that help speed up performance, but require that proprietary hardware. FSR 2.0 doesn’t require machine learning, meaning it will run on a wide range of hardware. In fact, AMD even announced that FSR 2.0 will be available in the Xbox GDK for developers to use in their games.

Adding this more complex temporal tracking doesn’t come free. While the first-gen FSR runs on all sorts of older graphics cards, the recommended GPU list for FSR 2.0 is much more strict (though AMD takes pains to point out that since FSR 2.0 is an open technology, these are indeed just recommendations). You won’t be running FSR 2.0 on your GTX 1060—the most popular GPU on Steam—and as you move up in output resolution, the list gets narrower and narrower.

If you want to game at 1440p with FSR 2.0, you’ll probably need at least a Radeon RX 5600 or Vega GPU, or a GTX 1080 or RTX 2060 on Nvidia’s side—though that’s not a universal truth. “Depending on your specific system specifications, the system requirements of individual games that support FSR 2.0, and your target resolution, you may be still able to have a good upscaling experience on lower-performing or older GPUs than listed below,” AMD says.

While FSR 2.0 is an open technology, it sounds like it will run best on AMD’s latest and greatest hardware. As summarized by PC Gamer, there are RDNA 2-specific optimizations for the Lanczos algorithm underlying the technology, and FSR 2.0 can sometimes take advantage of the Wave64 mode in RDNA 2’s shader. FSR 2.0 can also lean heavily on memory cache, especially at 4K resolution, making the big chunk of on-die Infinity Cache in Radeon RX 6000-series GPUs doubly handy. Various fallbacks and methods exist to alleviate the strain on other GPUs though.

All that said, the proof is in the pudding. We’ll have to see how FSR 2.0 handles in practice when it launches sometime in the second quarter of 2022, but these early reveals are exciting indeed. Again, if you want to nerd out, AMD’s FSR 2.0 page on GPU Open wades much, much deeper into technical details.