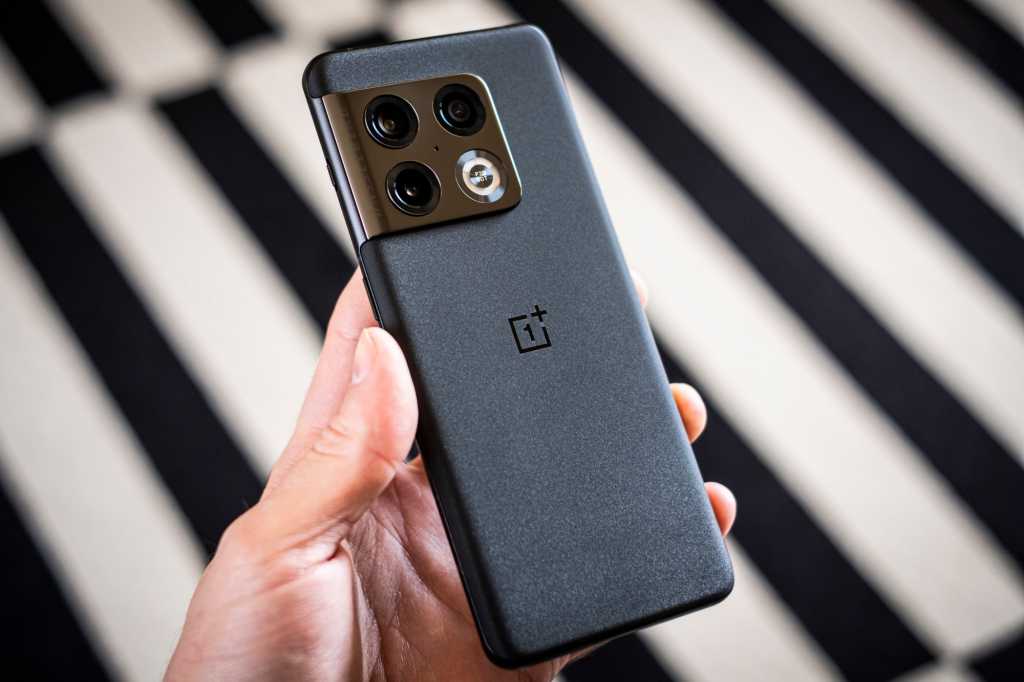 Ever since around the release of the 5T all the way back in 2017, OnePlus phones have been my go-to pick for ‘best bang for your buck’ Android phone. A near-stock OS, solid camera, and sleek designs at mid-range prices helped build a loyal fanbase of OnePlus fans. But over the years the cost for each new release has slowly crept up as OnePlus shifted to the flagship space to try and offer a more ‘premium’ experience, and that’s exemplified by the newly announced $899 OnePlus 10 Pro.

With Samsung locking down the majority of flagship Android devices being sold in the U.S. it’s a tough market to get into, and one that doesn’t benefit from unique pricing like in the mid-range. So does the OnePlus 10 Pro compete? How does it compare to the Samsung’s Galaxy S22 offerings? Here are three reasons why I think you might want to look at the OnePlus 10 Pro as your next phone—and one really large reason why you don’t.

While I can understand the appeal of stock Android, like what’s featured on Google’s Pixel devices, it’s never been for me. I’ve always enjoyed seeing what other manufacturers do to customize and differentiate themselves from the rest — sometimes successfully, and sometimes unsuccessfully. Traditionally OnePlus’s custom OxygenOS, now on version 12, has always felt like a beefed-up version of stock Android, with thoughtful extras and simple design tweaks. I’ve always pointed people who grew frustrated with Google’s decisions for Pixel phones over the years to OnePlus phones as an obvious upgrade. On the flip side, Samsung has had a history of bloated operating systems. For people who grew tired of that, OnePlus phones are a breath of fresh air. OxygenOS has almost always been my favorite variant of Android and one of the major reasons why I enjoy using OnePlus phones.

With OxygenOS 12, OnePlus has merged its code base with ColorOS from it’s parent company Oppo and given it an overhaul. It’s funny because while OxygenOS has typically been my favorite, ColorOS has been one of my least favorite versions of Android, so I was a bit taken aback by the changes present. Luckily, the tweaks mostly revolve around design rather than deep changes to functionality and OS features. Sure, the launcher, app icons, and settings menu have a new look to them, but aspects like personalization options, navigation features, and notification shade usability are still present so for the most part I’m happy.

While I do think I’ve fallen out of the deep love I’ve had with OxygenOS in the past, it’s still a fantastic version of Android.

In the early days of OnePlus it was the camera systems that always lagged considerably behind flagship and other mid-range options. Over time OnePlus has looked to rectify these shortcomings with smart hardware and important software updates that helped bring it up to par with the prices they were charging. No longer was the subpar camera the biggest caveat for me recommending a OnePlus phone. More recently OnePlus has partnered with boutique professional camera maker Hasselblad (who built the first cameras used on the moon landing missions) to bring their unique expertise to the 9- and now 10-series phones.

Last years camera didn’t present a substantial improvement from its Hasselblad dealings, but did at least raise awareness to OnePlus’s commitments to building a better camera system. I’m not seeing a huge leap in performance with the OnePlus 10 Pro either, but rather a continuation of the same improvements. The biggest upgrades are for photo nerds like myself, with the main one being support for 10-bit color processing (only available in HEIF format) which considerably increases the amount of color reproduction. Another improvement is a ‘2nd-gen’ Pro Mode that provides enhanced RAW file capabilities and easier to use control options. The last major photo nerd feature is the ability to switch to the full 150-degree field of view on the ultra-wide angle lens, which provides for some fun shooting options.

So while it’s not one of the best cameras you can get in a smartphone, I believe the OnePlus 10 Pro’s system matches its entry-level price, and it’s a weak spot in an otherwise great phone. OnePlus has said its partnership with Hasselblad is a multi-year deal, so here’s to hoping for continued and even more substantial improvements.

One of OnePlus’s claims to fame was being able to use the latest and greatest specs and processing in a mid-range device. This trend continues with the 10 Pro, which features top specs like a second-gen LTPO display, Snapdragon 8 Gen 1 processor, a 5000mAh battery capable of up to 65w charging over a wired connection, and much more.

In my review of the OnePlus 9 Pro last year I noted how much I loved that new screen and the 10 Pro only improves here, making it yet again one of the standout features. OnePlus tells me that it implemented a dual color calibration technique in order to better maintain accurate colors and contrast across the full range of brightness levels. I’ve encountered this huge problem in past flagships where at some of the darkest settings colors would resolve differently and blacks would be crushed, resulting in a horrible experience. This hasn’t been a huge concern lately but it’s good to know companies are continuing to improve in this area. OnePlus also mentioned this second-gen panel being able to present 50 percent more accurate colors than the previous screen, but I couldn’t perceive a huge difference. It still looks fantastic to me.

Most of these specs are right in line with other flagship phones on the market and I can’t find a spot where I feel like the phone is lacking. It’s fast, it’s able to last all day and charge quickly, and the screen is a treat for the eyes.

So while I believe the OnePlus 10 Pro is great phone that is definitely worth considering, it does have one downside: the competition. Because OnePlus has decided to move up to the big leagues and try to compete at the flagship level it has stiff competition. Yes, while the OnePlus 10 Pro is a nice improvement over the 9 Pro and the other OnePlus phones before it, it’s still can’t be viewed in a vacuum, especially in the US where there is the 800-pound gorilla in the Android room. Samsung has made great strides to tighten up its OS with OneUI and it’s always been at the pinnacle of hardware design. Not to mention the fact that Samsung cameras consistently go toe-to-toe with the best there is and offer some of the best options for photo and video taking normies. And while I personally would never consider an iPhone, others are having to make that decision, which isn’t an easy one to begin with. Operating system aside, there are legit reasons why someone could be swayed to the Apple ecosystem and a OnePlus phone isn’t the necessarily the device that will make you stop in your tracks.

For now OnePlus phones continue to mainly operate inside the enthusiast bubble, where Android diehards like to compare specs and OS differences. But for the casual smartphone buyer it’s most likely going to take more carrier moves like the T-Mobile partnership or bringing back the ability to undercut the top dogs with a cheaper price to really break out and compete at a flagship level. Even though I enjoyed my time using the OnePlus 10 Pro and can easily recommend it to potential buyers, it might be hard getting too many people to bite with such strong competition out there.