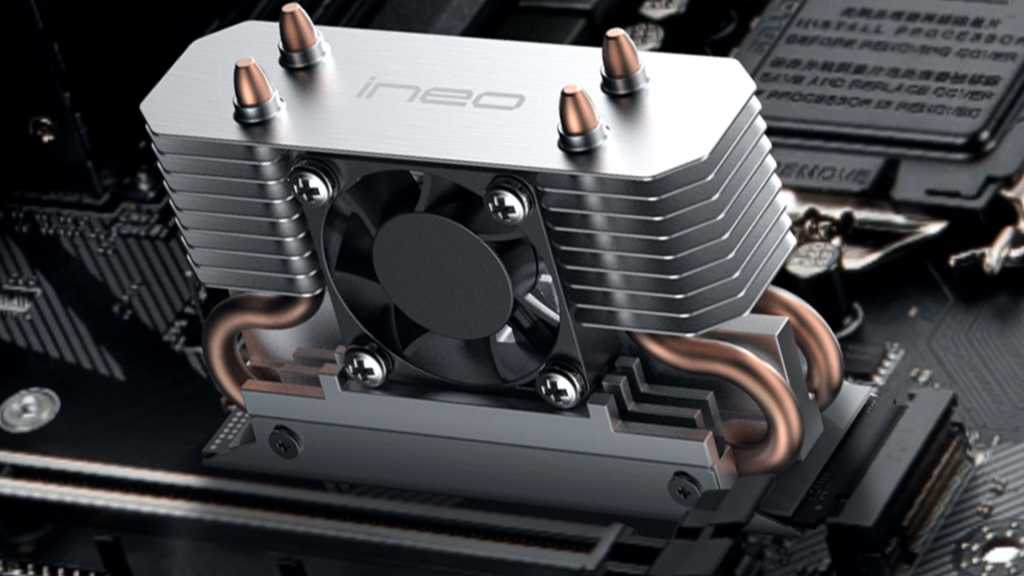 In just a few years, new computer users won’t be able to remember the days when data was stored on spinning magnetic disks. The conventional hard drive will be about as relevant as an 8-track outside of mass storage. But the march of progress does require some unexpected adaptations, and newer and ever-faster solid-state drives might need a little extra help to hit those speeds. According to a blog post from SSD controller manufacturer Phison, that help will come in the form of active cooling.

In layman’s terms, that means a dedicated fan for your NVMe storage drive (or whatever new standard comes after the PCIe gen 5 drives). “I would expect to see heatsinks for [PCIe] Gen5,” says Sebastien Jean, Phison’s CTO. And indeed, performance M.2 drives already come with some beefy heat spreaders and heatsinks, and you can add even bigger ones via the aftermarket if you’re concerned about heat dissipation. There are even a few designs available with heat pipes and tiny fans, which look like miniature CPU coolers. “But eventually we’ll need to have a fan that’s pushing air right over the heatsink, too,” he continued, suggesting the go-to cooling solution that’s been used for CPUs and GPUs for decades.

The issue arising is that those lightning-fast data read and write speeds require more complex memory and controllers, which require more electricity and thus more heat. Temperature sensors attached to NAND memory begin to throttle down performance if they detect excess heat, eventually shutting down completely to prevent data loss. And the storage drive itself isn’t the only problem. A lack of proper ventilation plus proximity to high-heat components like the GPU could exacerbate issues with a drive that doesn’t have an adequate cooling solution. Laptops, server blades, and other designs with space constraints require extra engineering to work around these issues.

How hot is too hot? According to Jean, about 50 degrees Celsius (122 Fahrenheit). After that performance will begin to degrade, with the NAND storage hitting potential failure and shutdown at 80° C (176° F). Future advances in controller technology and connection standards might alleviate the issue without the need for a huge heatsink or dedicated fan. But if you’re looking to hit the best storage speed possible with PCIe Gen5, you might want to leave a little room above your M.2 slots.