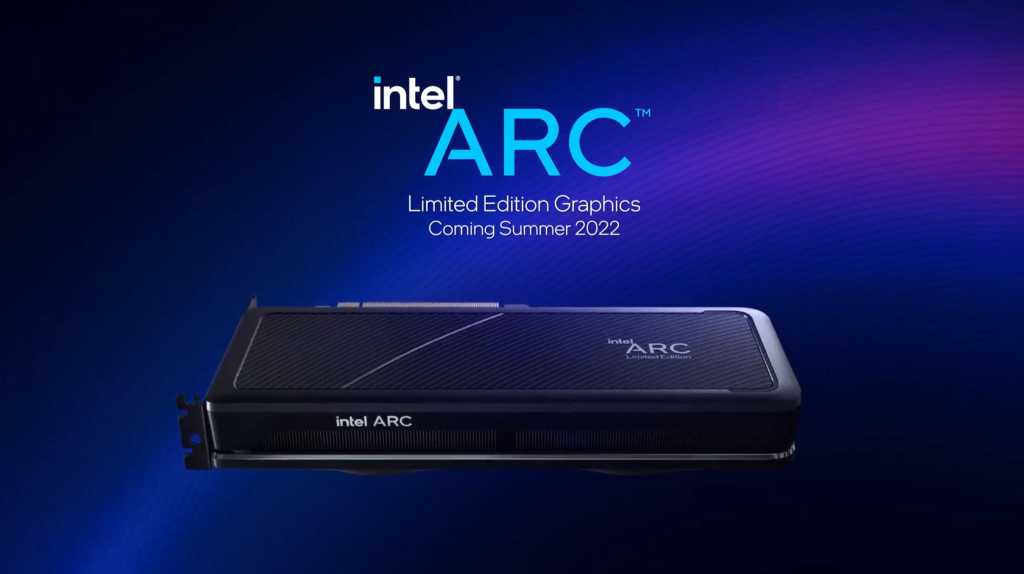 Today’s reveal of Intel’s first discrete Arc GPUs was all about laptops, not desktop graphics cards. Those are scheduled to come sometime in the second quarter. But at the end of a stream that introduced Arc mobile and Intel’s Xe HPG graphics architecture to the masses, VP Roger Chandler pulled an Apple-esque “One more thing,” revealing the design of an Intel-built limited edition Arc graphics card.

While Intel’s pre-release “Odyssey” community hype included some fantastical renditions of what the company’s graphics cards could look like, this is the first time we’ve laid eyes on an official Intel Arc desktop design. It’s nowhere near as over-the-top as those early non-official renders, but looks like a clean and nonintrusive design, packing standard dual-axial fan cooling in what appears to be a two-slot design.

Frankly, the aesthetic is a welcome departure from the massive, RGB-festooned graphics cards that have taken over the world in recent generations, echoing the restraint shown in rival Nvidia’s Founders Edition GPUs.

The brief 50 second teaser kicks off at the 18 minute mark of Intel’s Arc reveal video if you want to pore through the fly-through assembly-style render and look for potential Easter eggs. Alternatively, Intel Fellow Tom Petersen joined our Full Nerd podcast for an extensive interview about the Xe HPG architecture, special Deep Link features available in systems with Intel CPUs and GPUs working in unison, and everything else about Intel’s virgin foray into discrete graphics. We’ve embedded the video below if you want to go much, much deeper into Arc’s launch details.