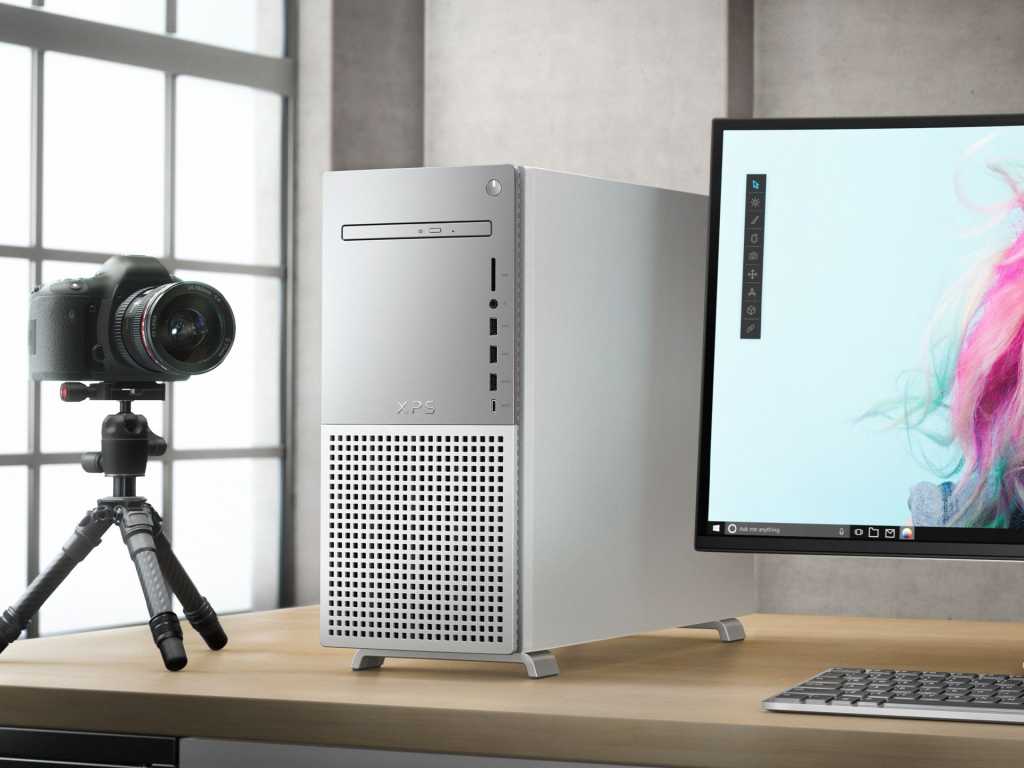 About a year ago, I bought a Mac for the first time in my life.

It’s not that I’m anti-Apple—I switch freely between iOS and Android, and I’m currently wearing an Apple Watch—but my preference for working in Windows has started to feel like a blind spot in my tech coverage. Even when I can borrow my wife’s MacBook to try the occasional app or MacOS trick, it’s not the same as living inside MacOS full-time.

But unlike the average Mac buyer, I didn’t end up with a MacBook. Instead, I went with Apple’s diminutive Mac Mini, which is now sitting on my desk beneath my main monitor. Whether it’s Windows or MacOS, one thing I know for sure is that I’m an enthusiastic desktop PC user.

While the laptop’s portability benefits are obvious, here’s why I still appreciate the desktop computer—whether it’s running Windows or MacOS:

Desktops can be cheaper

Apple’s Mac Mini starts at $700, which is $300 cheaper than a MacBook Air with nearly identical tech specs. Essentially, you’re not paying for the display, trackpad, battery, and webcam, which means you can put that savings toward better desktop accessories or use what you’ve already got.

The math gets a little trickier on the Windows side, where pricing can be all over the place. Still, you can generally find decent desktops in the $500 range (one example), whereas the quality of laptops in that price range can be iffy in terms of keyboard, trackpad, and build quality.

The always-on nature of desktop computers also opens up some use cases that aren’t practical with a laptop. If you want to use Plex or Channels DVR to record over-the-air TV or stream your personal media collection, you’ll need a computer that’s plugged in and running around the clock. Same goes if you’re rolling your own home automation service or sideloading apps on your iPhone. With a laptop, you’d lose access to these services whenever you put it to sleep.

Intel and AMD ship different sets of processors for laptops and desktops, with the latter being more powerful. After all, they don’t have to worry about keeping your lap cool or burning through too much battery life, and they can use bigger fans to dissipate heat. Apple, meanwhile, is clearly leaning into the strength of desktop computing with its Mac Studio, whose optional M1 Ultra chip outperforms any MacBook.

Of course, desktops also leave room for bigger, more powerful graphics cards for PC gaming—at least when you can find them.

Desktops are easier to expand …

To add more storage to a desktop PC, you merely need to throw in an extra internal hard drive or plug in an externa one. That means you can keep costs down on the initial purchase and expand as you go.

Adding more storage to a laptop creates a whole new set of complications. Only some Windows laptops let you install more internal storage, and Apple’s recent MacBooks aren’t expandable at all. While you can always plug an external drive into a laptop, you’ll need to avoid loading it with any important files or programs unless you always plan to take the extra drive with you.

… And they’re simpler to sit down and use

The ease of adding storage to a desktop ties into a broader point, which is that desktops can feel less cumbersome than laptops, especially when you’re bringing in external monitors, webcams, speakers, mice, and keyboards. You don’t have to deal with finding your laptop and plugging in power cords and peripherals before you can get comfy at your desk.

That might sound sort of silly—it’s not that hard to plug in a few cables, after all—but sometimes removing tiny bits of friction can make a big difference. Even using a fancy laptop docking station isn’t the same as being able to sit down at your desk and immediately start computing.

Whether those upsides are worth sacrificing the portability of a laptop is something I can’t answer for you. But they’re worth keeping in mind next time you’re in the market for a new computer.

This column first appeared in Advisorator, Jared’s newsletter for making sense of technology. Sign up to get practical tech tips in your inbox every week.