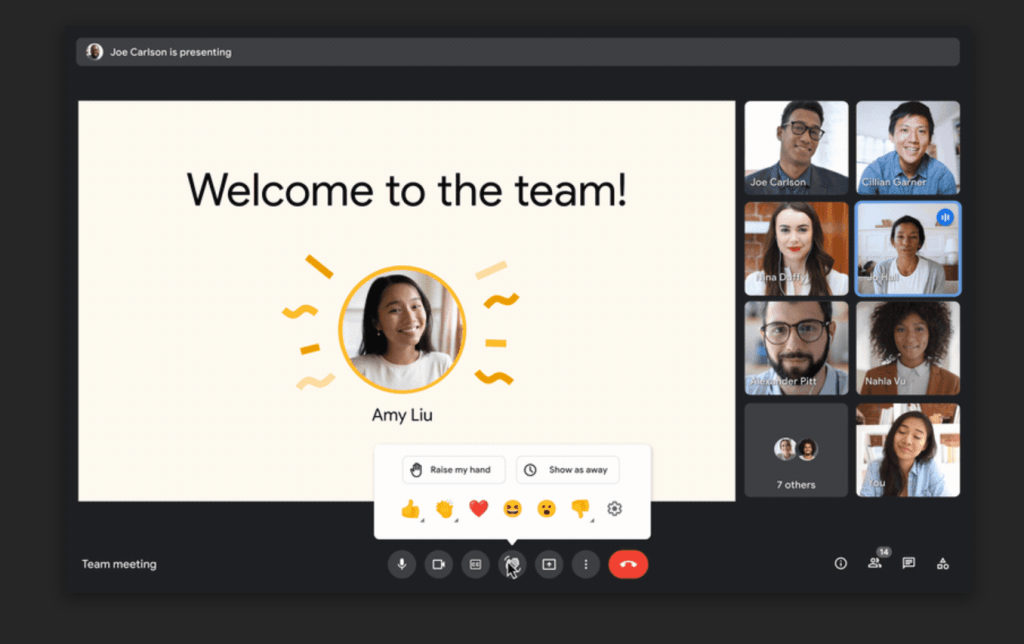 Like its rivals, Google periodically updates its upcoming feature roadmap, specifically with regards to the various elements of Workspace, its collaborative environment for productivity that evolved from G Suite in 2020. The idea is to facilitate collaboration across various mediums: first by making Docs, Sheets, and Slides shared documents, then to provide various ways to jointly produce them. The most recent evolution of that was Spaces, the equivalent of Google Rooms for — again, more collaboration.

Spaces may be the endgame for Docs, Sheets, Slides and so on, but for now, development is proceeding along parallel tracks. Google’s main announcement today involves how Google Meet, the video chat solution, is being brought alongside Docs, Sheets, and Slides. The idea is that you can begin a Meet, then bring it to a collaborative Docs document and begin working on it together — the difference being that you’re visually chatting about the document, rather than simply leaving notes on the page.

Meet is also receiving picture-in-picture functionality, allowing you to float the video chat in a small window. Meets are also being optionally encrypted on the client side beginning in May, helping to secure them. Full end-to-end encryption will come later, Google said.

“Notes on the page” is one of the principles of Spaces. Organizing them, however, remains a challenge. Google is implementing threading within Spaces. The company also said that it’s improving search within Chat and Spaces to actually find what was being discussed, a key improvement as conversations become more fragmented across chat, email, voice, and video calls. Eventually, executives implied that you’ll be able to search via Meet transcripts as well, but that’s still in the future.

Google will also expand the size of Spaces to teams of 8,000 and even 25,000 later this year, and will support announcements across organizations and teams. Finally, Spaces users will be able to assign moderators to help rein them all in.