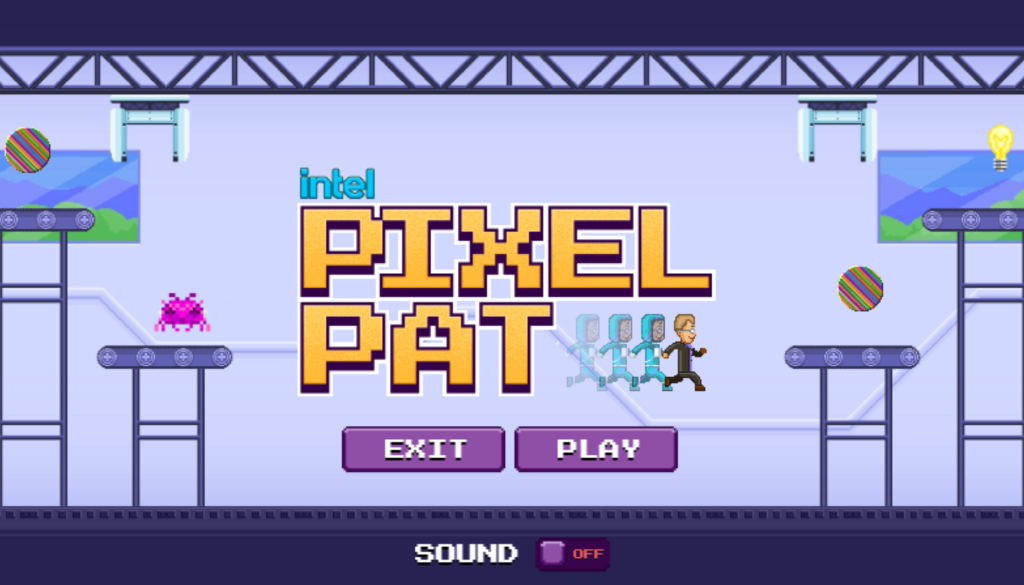 Intel chief executive Pat Gelsinger is now the star of his own video game.

To be fair, the new “Pixel Pat” 8-bit game available on Intel’s website isn’t exactly Grand Theft Auto or Elden Ring. Instead, it’s more of an animated romp through Gelsinger’s Wikipedia entry, where you can run and (double) jump through a simulated Intel fab, dodging bugs and collecting wafers. Every so often you can collect a “light bulb” icon, where you can then learn an interesting fact about Gelsinger himself.

“To mark our chief geek’s momentous first year as CEO, Pat Gelsinger needs your help traversing Intel’s new fabrication plant,” the game’s introduction says. “Along the way, learn about milestones and innovations he and Intel have developed.”

The goal appears to be to dodge animated bugs and weird sort-of dust-cloud things, which could apparently cause lithography errors? It’s hard to say. The game speeds up as you play it, though, which mean it gets progressively harder. Extra lives can be accumulated through collecting 86 wafers or hearts. And, of course, you can earn invincibility by collecting bunny suits, all to the tune of a lively 8-bit instrumental.

We’ve only played a little bit, however, so we haven’t yet run across any additional levels or minibosses. We have questions: Do you fight a Pentium bug? Is there a giant Arm that must be defeated? Just don’t get stuck on the animated “14nm” icon, or you’ll be unable to move ahead for several years. (We’re kidding on the last part.)