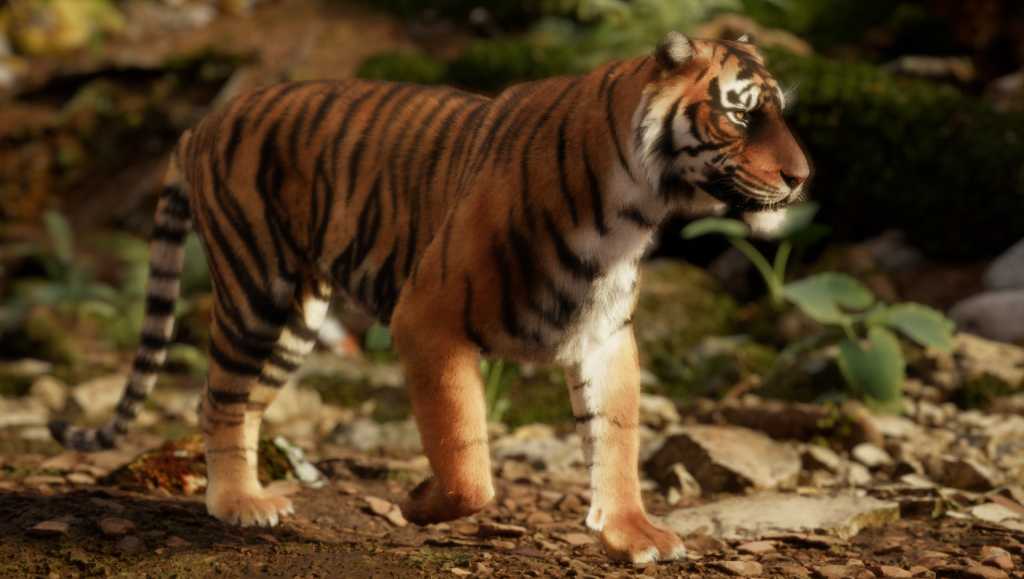 Ray tracing has been the whiz-bang technology for game graphics for the last few years. It’s incredibly impressive, but also insanely taxing on hardware. Even the most souped-up gaming PC generally takes up to a 50 percent hit to framerates with ray tracing enabled, forcing players to layer on tech like super sampling to make up some of the difference. Naturally, Nvidia isn’t accepting the status quo. Real-time path tracing is the next evolution in game lighting, and it looks incredibly promising.

Path tracing is a more subtle evolution of ray tracing. It replaces separate, complex lighting computations for different effects with a single, unified algorithm, essentially boiling down the lighting of a 3D scene to a single huge equation filled with rays. It’s a holistic approach, contrasted to conventional ray tracing that tracks the path of light from multiple sources and points of reflection or refraction, then blends those results with more traditional “faked” rasterized lighting solutions, such as shadow mapping and screen space reflections.

To boil it down to the simplest terms possible: If ray tracing a scene is done with a collection of advanced geometry equations, then path tracing does the same thing with one huge physics equation. You can see a more practical breakdown of the tech, combining both ray tracing and path tracing, in the video below:

Like ray tracing, path tracing has been used in pretended 3D animation for decades, and is just now becoming accessible for real-time game animation. Nvidia is taking the lessons it’s learned from the former and applying it to the latter, showing off the results at GTC last week. HotHardware breaks down the presentation, but you can see the natural light advantage of full-blown path tracing in the mogwai tiger demo.

The tech is a long way from ready for full integration into real-time graphics, and even further from being ready for gameplay. While developers can play around with path tracing in Nvidia SDKs, it’s currently too taxing on hardware for anything but the demo stage, or in inclusion in older, low-detail games like Minecraft and Quake II. Framerate and resolution issues abound, as does a “noise” issue in the graphics, similar to high-ISO settings on a still camera. The algorithms governing the light simply need to get better. But when and if the technology matures, it has the potential for life-like lighting that beats anything available on the market today, with performance that isn’t as taxing as ray tracing and similar tech.