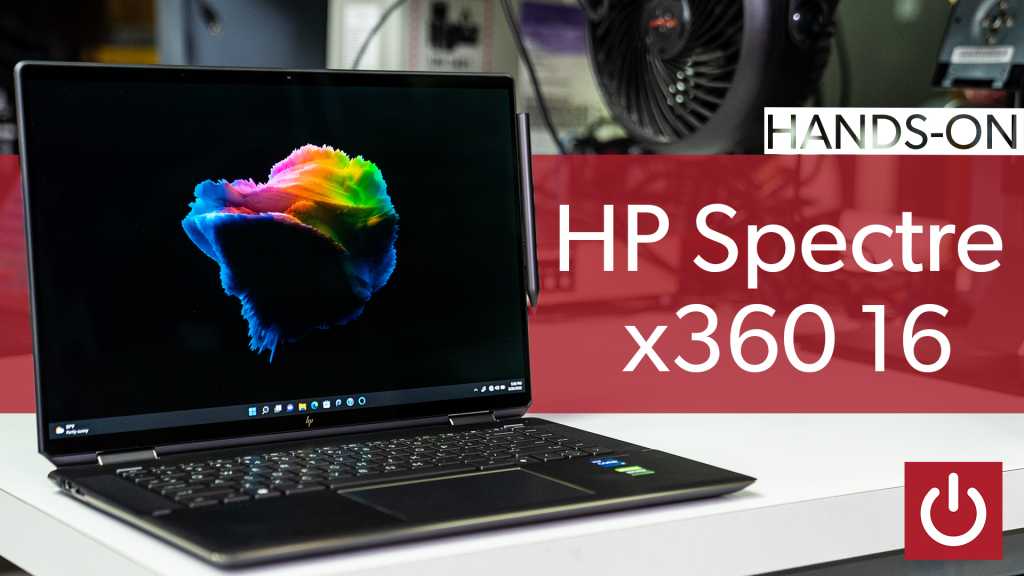 Typically, convertible laptops are designed to be ultraportable. It’s rare to see one straying too far outside of the 13-inch range. HP is ready to buck that trend with its latest entry in its high-end consumer series. The HP Spectre x360 now comes in a 16-inch version, bringing big specs and a big screen to a category that doesn’t often get the latter. Gordon Ung is here for a set of first impressions over on the PCWorld YouTube channel.

The extra size and power of this machine means it’s a little different from what you might expect of a typical 2-in-1. For one, it’s rocking a discrete graphics card. Underneath that sleek, angular exterior is a an Nvidia GeForce RTX 3050 backed up by a quad-core 11th-gen Core i7 CPU, enough power to handle pretty games at Medium settings or some decent content creation. And you’ll want to take advantage of that power, since the laptop also has a gorgeous OLED screen. In terms of ergonomics, it’s more laptop than tablet, with a conventional power button on the keyboard and Windows Hello camera with a shocking 5MP webcam.

The extra size also gives you a surprising amount of ports. You get two USB-C Thunderbolt ports, MicroSD card slot, full-sized HDMI (you’re welcome, hotel hoppers), and USB-A with a pull-down slot. Unfortunately a standard USB-C charger isn’t quite enough to get this thing juiced at full speed, so it comes with a bulky 130-watt barrel charger. HP includes a magnetic stylus in the box, a nice plus that some of its competitors skip.

The Spectre x360 16-inch won’t ship until next month, starting at $1450 without the OLED 4K screen upgrade and the discrete graphics. Our review unit with the RTX 3050, OLED screen, and 16GB of RAM hits at a reasonable $1850. Stay tuned, both here on PCWorld and on our YouTube channel, for the full review.