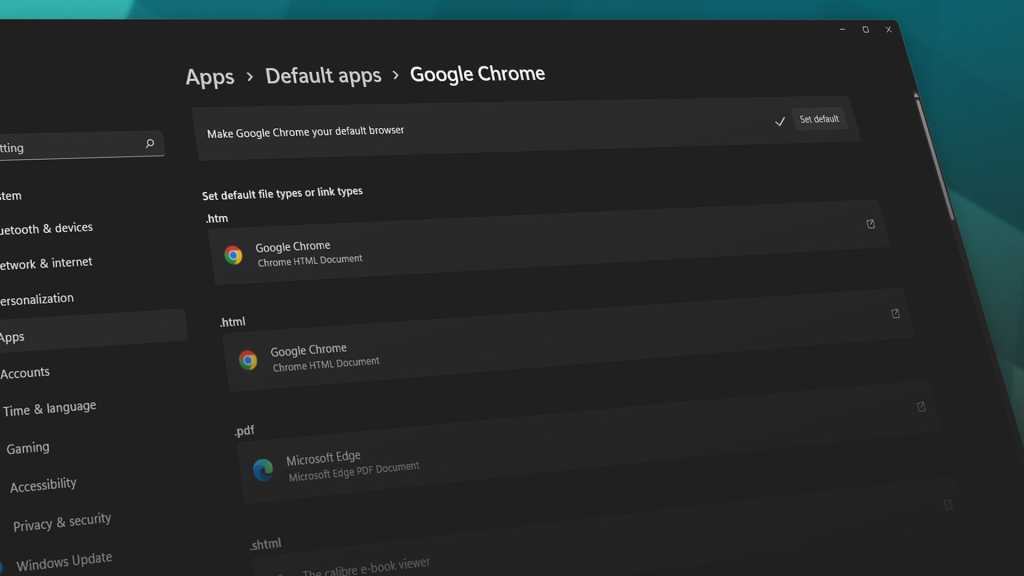 Windows has been pushing hard on Edge, Microsoft’s first-party browser, for years now, culminating in Windows 11 making you jump through some pretty extreme hoops in order to switch browsers. “Microsoft makes this vastly more difficult than it needs to,” we said in our Windows 11 review. “In the Settings menu, Windows 11 now forces you to enter a default app for each file type: HTML, WebP, . XHT, HTTPS, and so on. There is simply no ‘all’ option or checkbox to change your browser in one fell swoop—as if they were even necessary. It’s a steaming pile of unfriendly corporate behavior, and it stinks to high heaven.”

A recent update to Windows 11 makes it much easier to switch to a different browser… but unlike most Windows updates, it’s an optional one. Odds are high that the vast majority of users won’t see that improvement on their machines. It’s hard not to interpret that as an intentional hobbling of the fix on Microsoft’s part, and representatives from the makers of the Firefox and Vivaldi browsers have said as much.

Speaking to The Register, a Mozilla representative said, “People should have the ability to simply and easily set defaults and all operating systems should offer official developer support for default status.” Jon von Tetzchner, CEO of Vivaldi, was even more forthright. “This should apply to all users, not just the ones who are technically competent enough to realize that they need to install an optional update, and know-how to actually do so,” he said. “…The fact that it has been done the way it has leads to the assumption that it is only being done to avoid being prosecuted for anticompetitive behavior, not to actually solve the underlying problem.”

Microsoft has a long history of, shall we say, “encouraging” Windows users to stick with its first-party browsers. The company was famously found guilty of violating the US Antitrust Act in 2001 for restricting options for uninstalling Internet Explorer. In 2009 the European Union forced Microsoft to display a choice of browsers (including Firefox) following a separate antitrust case and heavy fines.

The company’s circuitous steps for assigning another default browser and rather blatant advertising-style messages seem to be flirting with the same kind of legal trouble once again. Von Tetchzchner would seem to agree: he went on to say, “We look forward to the EU following up on this malpractice.”