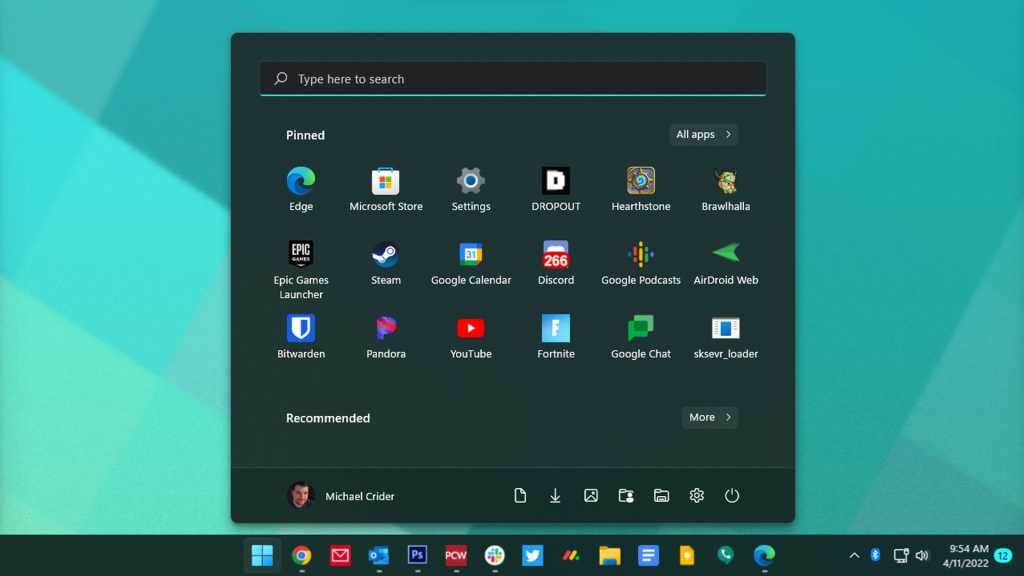 There are a lot of reasons to hold off on upgrading from Windows 10 to 11, but the downgrades Microsoft made to the taskbar seem to be a particular sticking point for many users. If you’re waiting for the ability to move the taskbar around to the side or top of your screen… well, you’ll have to keep waiting. Microsoft engineers have confirmed that this longstanding Windows feature won’t be back in the next major build of Windows 11.

Windows Latest dug into the company’s Windows Insider webcast, covering the upcoming changes in build 22H2, this year’s big annual Windows 11 feature update. The Windows update will re-add the ability to drag and drop items on the taskbar, as well as adding app folders and resizable pinned items in the Start menu. But moving the taskbar around isn’t a top priority for Microsoft’s development team at the time of writing. With build 22H2 expected in the second half of this year, it seems unlikely that this particular feature will be available in 2022.

Redesigning the primary interaction point of your operating system is a big step, and it’s one that many Windows users aren’t ready to take. Six months after the release of the OS, Windows 11 hasn’t improved its user interaction to a significant degree. “At release, Windows 11’s most significant flaw was that it feels both less fun and less functional,” says PCWorld’s Mark Hachman. “That’s still the case, months later.”

But if you are on Windows 11 (if you’ve bought a new laptop recently, say) and you want some of the old familiar features back, give StartAllBack a try. It’s just $5 and fixes many of the biggest problems with the new-look operating system’s Start menu and taskbar. Yes, you can move the taskbar to the side or top of the screen.