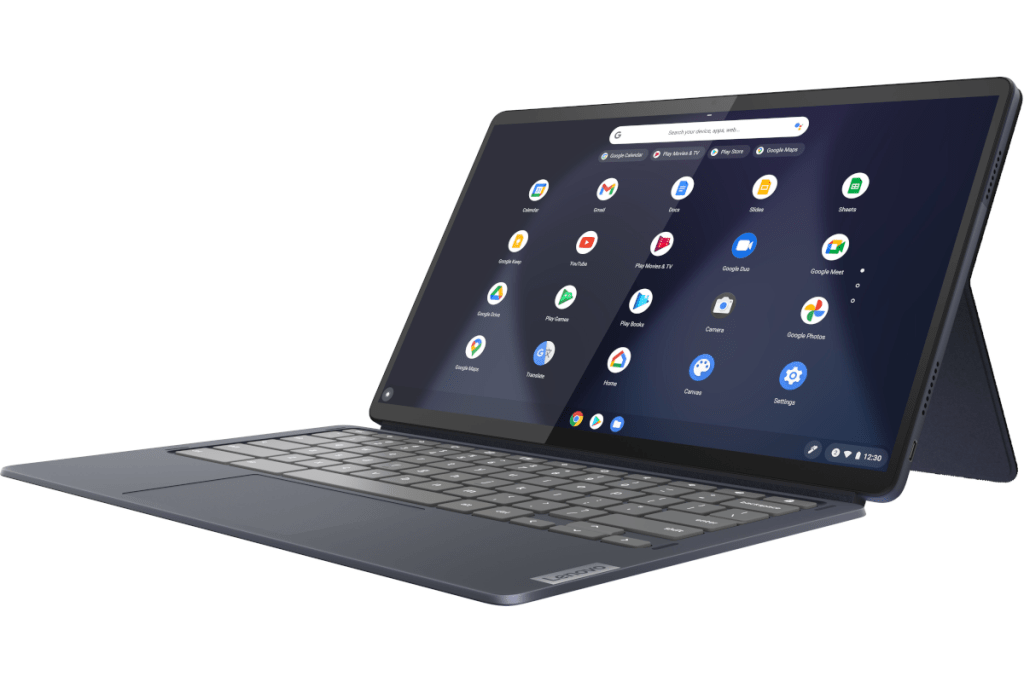 If you’re in the market for a laptop with a beautiful OLED display, Best Buy is the place to go. Right now, the big box retailer is selling the Lenovo Chromebook Duet 5 for $399. That’s $100 off of the MSRP.

Although you don’t want eMMC storage on a Windows laptop, it’s standard for Chromebooks and works just fine. The Lenovo will also run Crostini, which means you can use Linux desktop apps. However, it’s an ARM-based machine, so there may be some apps that aren’t available to use on this device. It’ll run the Play Store as well, making it feel more like a standard tablet. Lenovo also packages the Duet 5 with a keyboard cover.