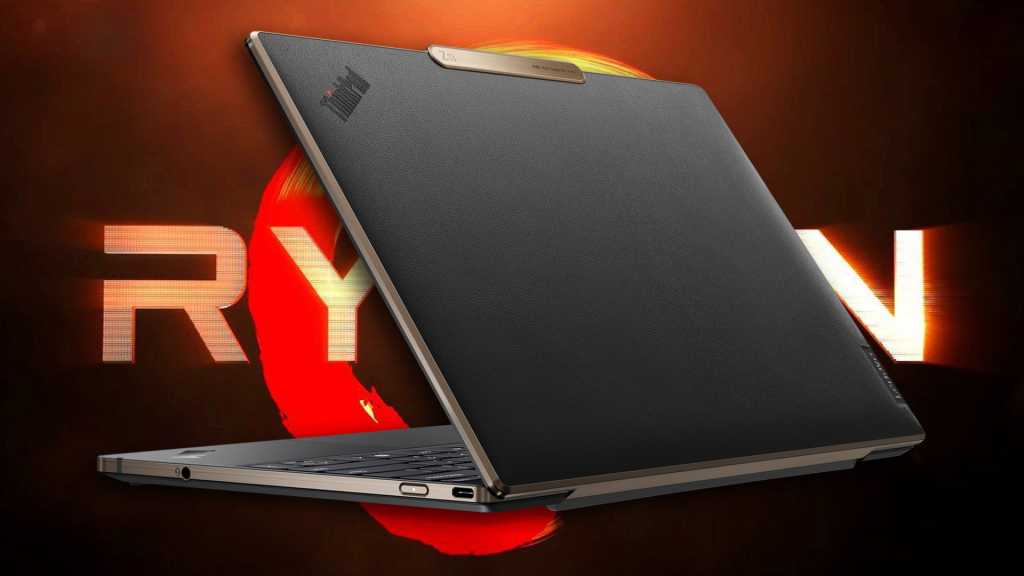 AMD’s Ryzen series has been making incredible headway in the laptop space, but Intel still has a firm grip in the high-end gaming and workstation portion of the market. That might just change with the launch of Ryzen 6000 Pro, AMD’s series of CPUs for uncompromising business laptops. If money is no object — or if your employer is paying your tab! — you’ll want to check out these specs.

Ryzen 6000 Pro chips will come in no less than eight different models, with the 6-core Ryzen 5 Pro 6650U on the bottom and the 8-core Ryzen 9 Pro 69050H on the top. AMD is also releasing three lower-specced CPUs as Ryzen Pro 5000 badges for thin-and-light designs, running on the slightly older 7nm architecture. Which one you’ll be able to buy will depend on which ones laptop makers design their latest models around.

All of the new Zen3+ designs have some long-awaited hardware capabilities. These include compatibility with DDR5 memory, Wi-Fi 6E networking, and USB 4 and Thunderbolt standards (though it’s only certified for the latter). That means external GPUs should be available for the new generation of laptops, though it might not be as smooth as on their Intel-powered counterparts.

Scaling from 28 watts of power draw all the way up to 45 watts, the Zen3+ architecture allows for a maximum processor speed of 4.9GHz and 20MB of combined L2 and L3 cache. Compared to the equivalent processor tiers in the 5000 series, CPU performance is being boosted by up to 1.3x, with the upgraded RDNA 2-based GPU performance going up to 2.1x more powerful for the 28-watt chips. Comparing Ryzen 7 Pro 6000 U-series chips to Intel Core i7 12th-gen chips, AMD is claiming impressive gains of 125-150 percent for Cinebench, 3DMark, and Passmark tests, with more modest gains on basic productivity software.

For a sneak peek at the performance of these new Ryzen Pro chips, check out our review of the fantastic Ryzen 6900HS laptop chip, which is built on the same underlying technology but without all the extra enterprise-centric features these Pro chips offer. Those perks include advanced security and fleet management tools for IT admins, along with extended support and reliability plans you can build your business needs around long-term.

But frankly, raw power isn’t the most important metric for a lot of laptop users. AMD is also projecting better battery life for the Pro 6000 series when testing with essential workloads. In particular they tested a 45 percent gain in battery life for Microsoft Teams video meetings versus the Intel Core i7 1260P. On the HP Elitebook 865, a 16-inch model with a beefy 76 watt-hour battery, AMD measure the 6850U processor at an amazing 26.15 hours of battery life using the MobileMark 2018 benchmark.