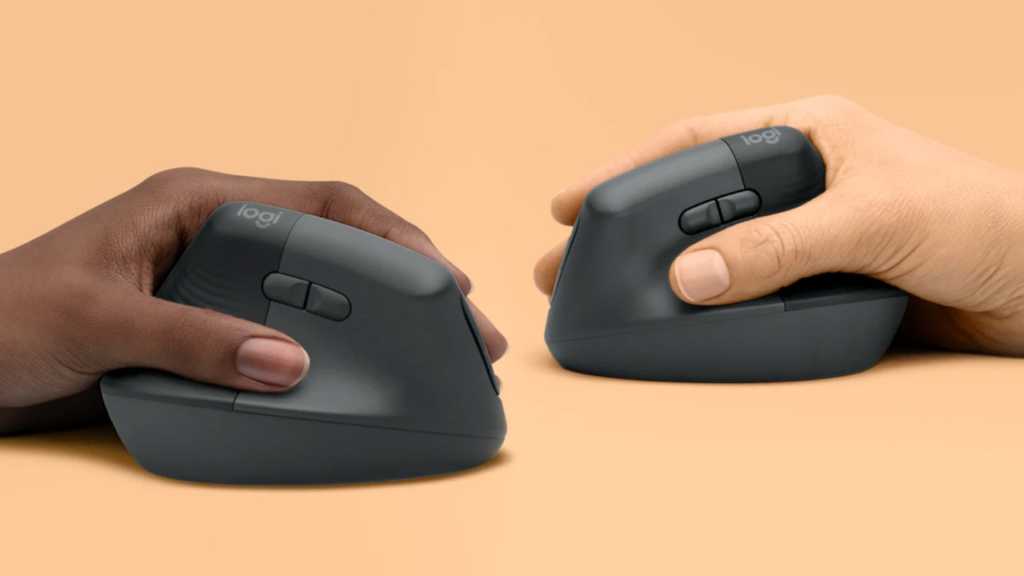 It’s a hard world out there for southpaws. Typically the best we left-handers can hope for in mice is an ambidextrous design than splits the difference, sacrificing some ergonomics for a design that can be held in either hand. That’s true even of Logitech’s pricey mice, despite the marketing that the company has put into ergonomics research. But Logitech is bucking the trend with its latest vertical mouse. The Lift isn’t quite as premium as the MX Vertical, but it comes in both right- and left-handed versions.

The Lift is fairly standard as vertical mice go, though Logitech has sanded off the corners to make an appealingly smooth and curvy body. It’s also considerably shorter than the MX Vertical at 2.8 inches high and 4.25 inches long, so if you found that design a little big for your mitts, you might like the Lift a lot better. The mouse features Logitech’s neato adaptive scrolling that can notch or roll smoothly based on speed, and its Bluetooth/USB wireless can switch between three different machines on the fly. Logitech Flow compatibility can let you use multiple machines at once, if you’ve configured everything properly. Unfortunately the smaller cheaper design omits the dedicated gesture button, but a single AA battery should last it for up to two years.

The mouse costs $70, and comes in three colors: Logitech’s typical dark grey, white, or “Rose” pink. (Somebody tell Logitech that most roses are red, please.) But if you’re here for that left-handed version, your options are a bit more curtailed. While the Lift Left is the same price as the standard model, it only comes in grey. All versions are shipping now.