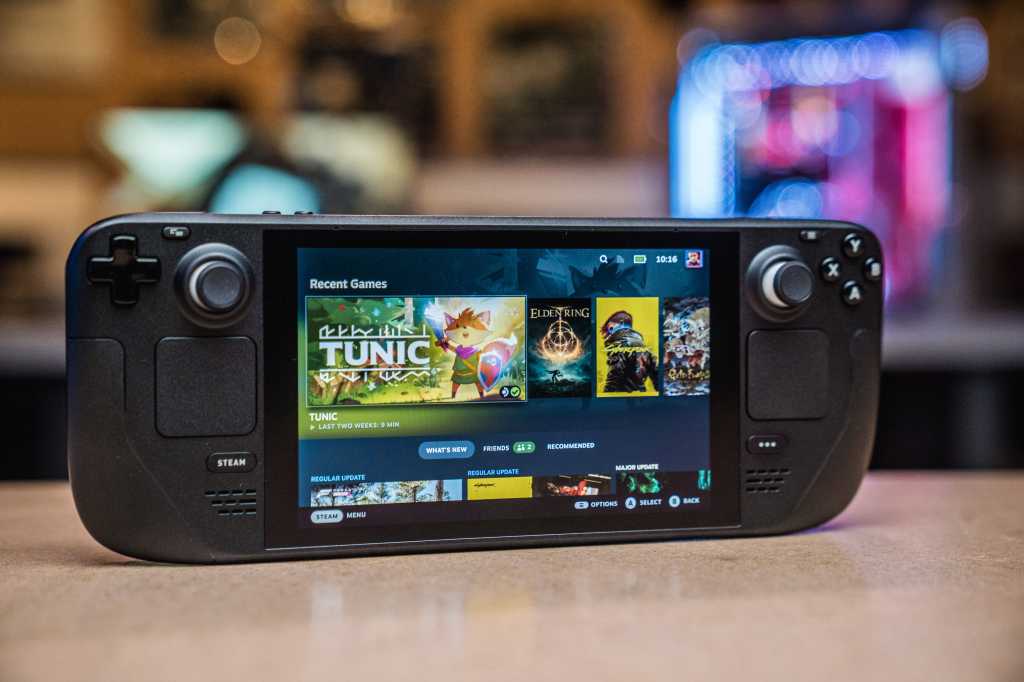 Have you heard of the Steam Deck? It’s kind of a big deal. Valve’s self-designed portable gaming machine combines the power of a modest laptop with some incredible custom software to make the most exciting hardware since the Nintendo Switch. And that’s not just us saying it. According to Steam’s ever-present store sales chart, the Steam Deck is now sitting right at the top, meaning there are more people paying for it than the most popular PC games.

The Steam Deck’s proud new placement was spotted by HotHardware, but take it with a grain of salt. It does make sense that the gadget would be a best-seller, since it’s been preordered into the latter part of the year and it’s easily the least-expensive hardware of its kind. Valve’s chart is also based on revenue, not unit sales, so it also makes sense that a popular PC that sells for hundreds of dollars would land ahead of a pack of $20 to $60 games in pure dollar terms. At the time of writing it’s flip-flopping with Elden Ring for the top spot, and depending on your region, you might not see it in the list at all.

But the Steam sales chart is merely a proprietary ranking, and doesn’t actually give quantifiable sales numbers. While Valve’s hardware has appeared there before, the company could simply pin the Steam Deck at the top of the list if it wanted to. We’re not saying that’s what happened…but we’d be remiss if we didn’t point out the possibility.

As of now the Steam Deck is completely sold out, and getting an order in now means you’ll be waiting until at least October to get one in your hands in the United States. If you can’t wait that long, be sure to check out our quick FAQ video on the Steam Deck above. It won’t actually make the wait any shorter, but at least you’ll get your burning questions answered.