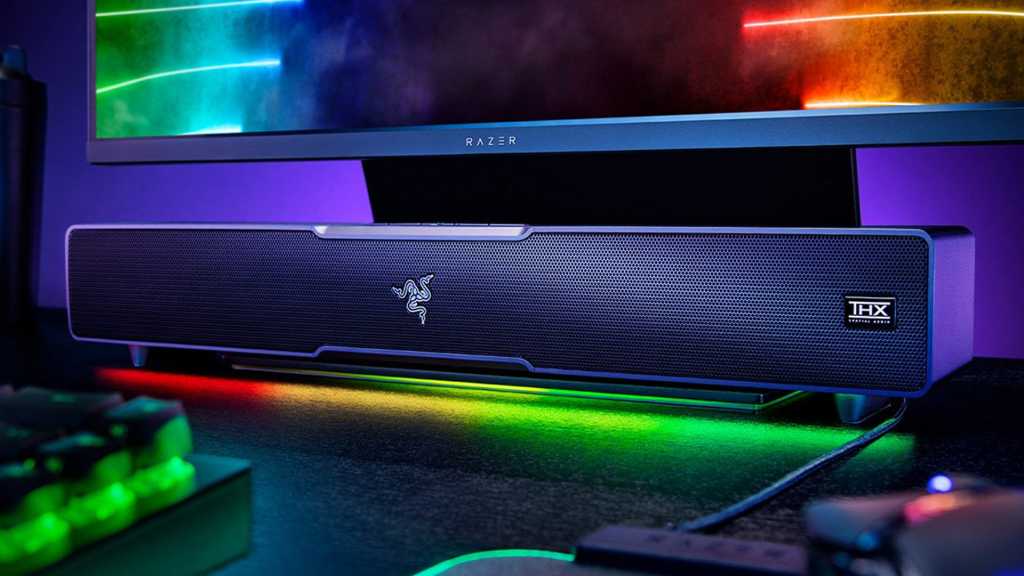 Computer desktops are usually the domain of bookshelf speakers, 2.1 setups, or rarely, a full surround sound array. But Razer thinks there’s a market for some TV-style simplicity in PC gaming audio. To that end, the second revision of the Leviathan soundbar builds on the stable foundation of the original with some expanded audio powers and a new RGB lightshow.

The new design has slightly adjusted its all-black presentation, though the only huge visual difference is that the separate subwoofer is a cube instead of a trapezoidal prism (thank you, Mrs. Grishom’s fifth-grade geometry). While the dual full-range drivers are slightly smaller at two inches, the soundbar now includes two passive radiator drivers, and the subwoofer is a little bigger at 5.5 inches. The new design ditches the optical input and 3.5mm jack for full-time USB-C. You can stream from your phone via Bluetooth and there’s a quick toggle to switch to your gaming headset.

The Leviathan V2 is slightly taller and thicker while retaining the same 19.7-inch width, and it’s now pointed straight at the user rather than slightly up. (You can remove the rear feet to tilt it up if you prefer.) It also has a much wider frequency response range starting at just 45 hertz. And of course, its bottom-mounted RGB lights are programmable with all the usual Razer Chroma goodies. Though the original was compatible with Dolby Pro Logic II, this design goes with THX Spatial Audio instead. (Razer acquired THX in 2016.)

Our sister site TechHive was quite taken with the original Leviathan way back in 2015, though its lack of HDMI made it unsuitable for use in a standard living room setup. (That’s still the case with the V2.) The Leviathan V2 is on sale now at Razer’s online store for $250.