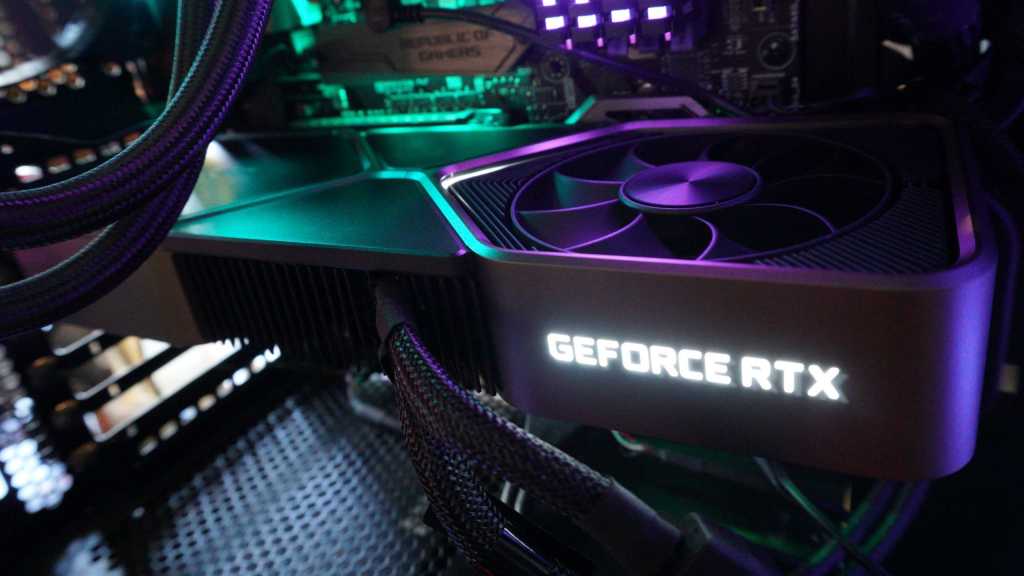 The cryptocurrency boom has been a bane for PC gamers. With both crypto miners and gaming enthusiasts competing for a limited amount of graphics cards, exacerbated by a chip shortage and rampant “scalper” resellers, street prices 200 to 300 percent above retail weren’t uncommon for a while. Now, just as the market has begun to normalize, a mining platform says it’s found a way around Nvidia’s LHR crypto-limiting system. According to NiceHash, its QuickMiner software now works at 100 percent capacity on LHR-equipped RTX cards.

Nvidia’s Lite Hash Rate is a system that detects when a graphics card is being used to mine cryptocurrency and artificially halves the “hash rate,” making the GPU essentially crippled and unprofitable for that purpose. We’ve seen a few people claim to have a way around the system, but nothing dependable thus far. By all accounts, NiceHash’s QuickMiner release candidate software does indeed work, making mining profitable on the most recent range of high-power Nvidia cards.

The news is good for cryptocurrency enthusiasts, obviously, and a boon to resellers who had to rely on the AMD alternatives to satiate that market. But for gamers it’s hard to see this innovation as anything but a step backward. The drop in demand for Nvidia cards had caused prices to nearly return to normal more than two years after the card shortage started.

But there’s a light at the end of the tunnel. Not only does the cryptocurrency and NFT boom seem to finally be losing steam, we’re on the cusp of a new generation of graphics cards. Next-gen offerings are expected from both Nvidia and AMD around the end of the year or shortly after, which should shift demand towards the latest models. We can but hope that will finally make the current generation of cards — now working on GPU technology that’s years old — at least somewhat attainable.