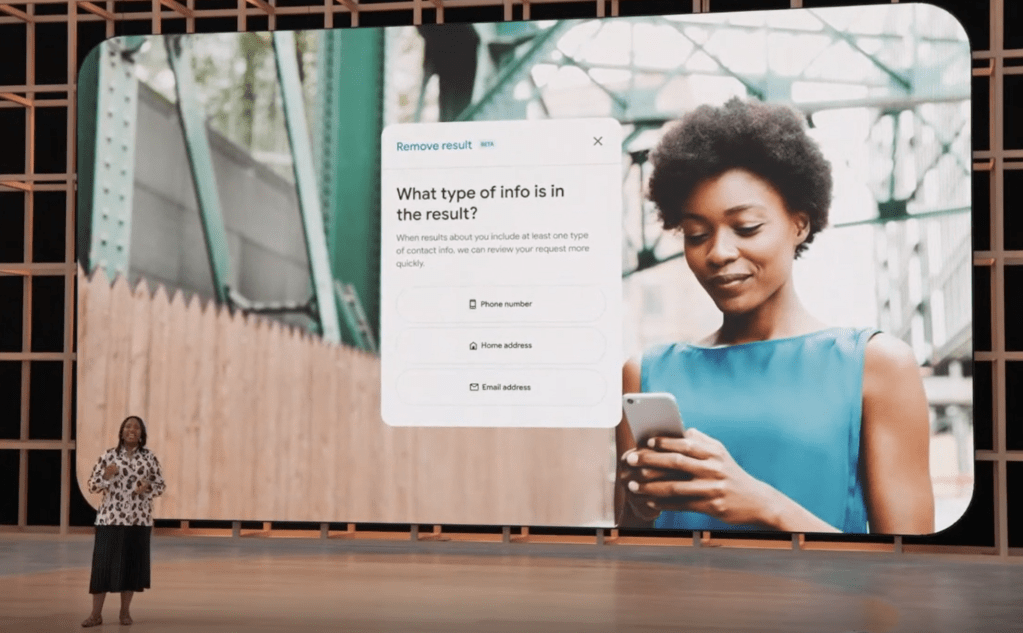 At Google I/O Wednesday, the company announced it’s adding new privacy protections to the information it stores about you online. Also on deck: virtual credit cards, the ability to choose the ads you see in Search, and features to manage how others see your personal information in search results.

But storing a driver’s license on your phone? That may be the most controversial.

Google didn’t say anything about collecting less information about you, however, and the company’s new My Ad Center can be seen as just another way to personalize ads to your tastes—which means they’re even more valuable to Google.

Still, Google new policies offer at least the promise of more control over shaping your personal online narrative, although Danielle Romain, vice president of trust at Google, noted that you’ll be able to control the information on Google, and not the entire Web. Still, in the coming months, you’ll be able to hide search results that contain your contact details, such as your phone number, home address, and email address, Romain said. You’ll be able to make the request by clicking the “three dots” next to a Google search result.

“But it’s not just about managing your data,” Romain said. “We also know people want to have more control over their online presence to feel safer.” This feature will be made available “in the coming months,” she said.

There will be a tension, of sorts, between privacy and public information—you won’t be able to remove information published in a news story, Google said in a blog post.

Google said that it’s also expanding the way in which you can manage the privacy settings attached to the ads that you see, including “direct control” the data used to personalize those ads, Romain said. “For the first time, you can choose to see more ads from the categories or brands you like,” she said. “For example, I’m interested in hybrid vehicles. So I choose to see ads from that category. You can also opt to see fewer ads from categories or brands you’re not interested in.”

You’ll be able to access the My Ad Center through your Google account or directly from the ad, Romain said.

One feature that may prove to be useful is called “virtual cards,” which adds a layer of anonymity when shopping online. Some credit-card providers already allow you to use a “virtual” credit card when making a purchase, which serves as a pointer to the “real” credit card without that information being handed to a vendor. “When you use autofill to enter your payment details at checkout, virtual cards will add an additional layer of security by replacing your actual card number with a distinct, virtual number,” Google said. “This eliminates the need to manually enter card details like the CVV at checkout.” This adds convenience as well as security.

You’ll be able to manage your virtual cards with any cards you’ve stored at pay.google.com , and enable the feature as well. Virtual cards will be rolling out in the US for Visa, American Express, Mastercard and all Capital One cards starting this summer.

Google also said that it plans to launch a new Google Wallet, with a potentially controversial twist: the ability to store your driver’s license within the app. Will law enforcement accept a virtual license? What about the TSA? The new Wallet app will roll out to Android and iOS devices in the coming weeks, Google said.