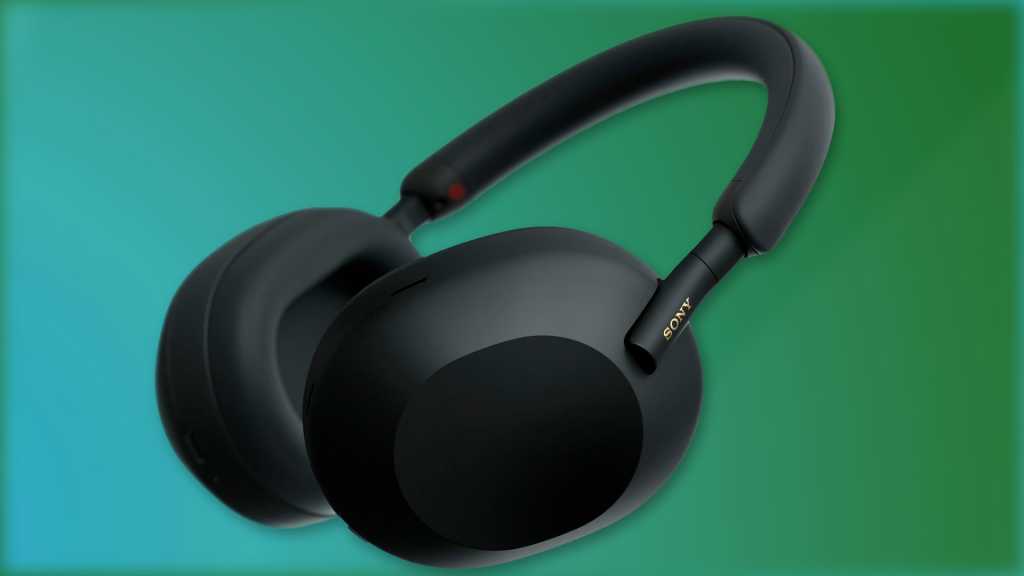 Sony has been at the top of the game for premium active noise cancellation headphones for a little less than four years, when the WH-1000XM3 blew the competition from Bose and Beats out of the water. The XM4 revision tightened things up without reinventing the wheel and now the XM5 gives the much-loved design a visual facelift. The highly anticipated revision is available for pre-order now for $400, a $50 retail price bump over its predecessors.

The XM5 design pairs slightly larger and more comfy ear cups with a skinnier, sleeker band. This creates a more simple visual profile that’s nonetheless distinct. Despite the larger size, in both its regular and folded-up modes, Sony’s replaced the 40mm driver in the previous two generations with a new 30mm design. It says that even with a smaller size, new features like a TPU edge and carbon fiber materials make the new driver design even better at noise cancellation and audio fidelity. The former is enabled by eight, count ’em, eight microphones (four for ANC, four for capturing your voice) and a new QN1 noise-canceling processor.

In terms of physical layout and controls, not too much has changed, so those who don’t like touch-sensitive taps and swipes for music controls will still be put off. The XM5 plays nice with both Google Assistant and Alexa on your phone or PC and it can connect to both thanks to multi-point Bluetooth. Playback time is unchanged at a reported 30 hours, and the included carrying case is thinner but more voluminous since it holds the headphones in an unfolded position.

As with previous generations, the WH-1000XM5 comes in black or “silver” (which looks more like an eggshell white to me). It’s up for pre-order now, releasing next Friday, May 20th. The XM3 and XM4 cans frequently saw deep discounts of $100 or more, so if you’re experiencing sticker shock at the $400 price tag, you might want to wait for a sale.