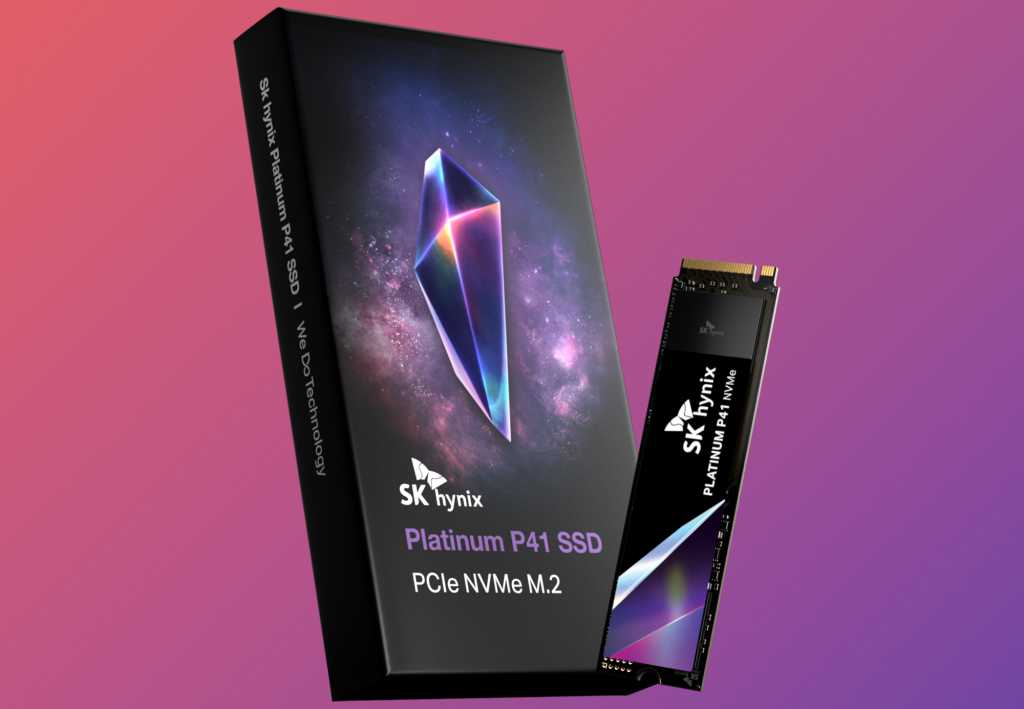 The SK Hynix Platinum P41 was a pleasant surprise. With many upper crust PCIe 4.0-based 2TB NVMe drives still going for $300 plus, the $260 price tag for the P41 had me thinking it would be an over-priced mid-tier SSD. Instead it turned out to be a nicely priced, top-shelf drive with exceptional performance. My bad. Good on ya’ SK Hynix!

As stated, the 2TB Platinum P41 I tested retails for $260, while the 1TB costs $150, and the 500GB, $105. Those are relatively low prices, representing a clear savings over the Seagate FireCuda 530 , one of the ultra-fast PCIe 4.0 drives I tested it against. The other rival, Kingston’s KC3000, is another bargain of a top-tier drive and one of our favorites because of it.

Why the reverse slope on the rating, we can’t say. But TBW generally correlates to price. Unless the company specifically disables writes once the limit is reached (as Apple does), then you might get considerably longer lifespan.

Keep in mind that those TBW ratings represent far more data than the average user will write in five years, and more likely a decade (assuming you’re not constantly manipulating 8K video or the like). Remember also that reads don’t count.

SK Hynix also provides its Drive Manager software for firmware upgrades and the like. Shown is the older version 2.4, as we were unable to complete a download from the company’s website. It kept stalling at approximately 15MB of the 63MB download. Bummer.

While the P41 is fast, it fell just shy of the fastest PCIe 4 NVMe SSDs we’ve tested as you’ll see in the charts below. When I say “just”, I mean it. It isn’t a difference worth fretting over. You’d never be able to tell the Platinum P41 from the highly-ranked Kingston KC3000 and Seagate FireCuda 530 subjectively.

Note that these are new tests run under Windows 11, and the numbers for the Kingston and Seagate will vary from those found in the original reviews. Also, if you wish to see the charts in their full-sized glory, right-click on them and select “Open Image in New Tab”.

The P41 finished slightly behind its rivals in CrystalDiskMark 8’s sustained write tests. The reads were nearly equal, and are within the margin of error for the test.

The P41 was also a few seconds off the pace in our real world 48GB transfers, but we’re talking a mere 1.5 percent deficit. Again, subjectively unnoticeable, though just outside the margin of error.

In our 450GB write test, designed to test the drive’s secondary cache, the P41 finished in a dead heat with the Kingston, and only six seconds behind the FireCuda 530. Second tier drives will take 400 to 600 seconds, and the slowest SSDs with poor caching algorithms can take over 1000 seconds. In other words, 223 seconds is a fantastic score.

As you can see above, the Platinum P41 can hold its own with the best PCIe 4 NVMe SSDS.

Note: Performance will drop as the drive fills up and smaller capacity drives may not write as quickly, especially on long writes due to less primary and secondary cache.

A real bargain for a top-tier drive

Though this isn’t the fastest SSD we’ve tested, it’s darn close. With an ultra-competitive price and exceptional performance, the SK Hynix Platinum P41 should be on your short list when shopping for a top-tier NVMe SSD with PCIe 4 chops. Highly recommended.